Conditional release of the de facto boss of Samsung - France 24

Conditional release of the de facto boss of Samsung Seoul (AFP) Samsung heir and de facto boss Lee Jae-yong was released from prison on Friday after being released on parole, AFP reported in Seoul. "I have caused people too much worry. I am very sorry," Samsung Electronics vice president, 53, sentenced in January to two and a half years in prison said outside his detention center in south Seoul. for corruption. The parole of Lee Jae-yong was ann 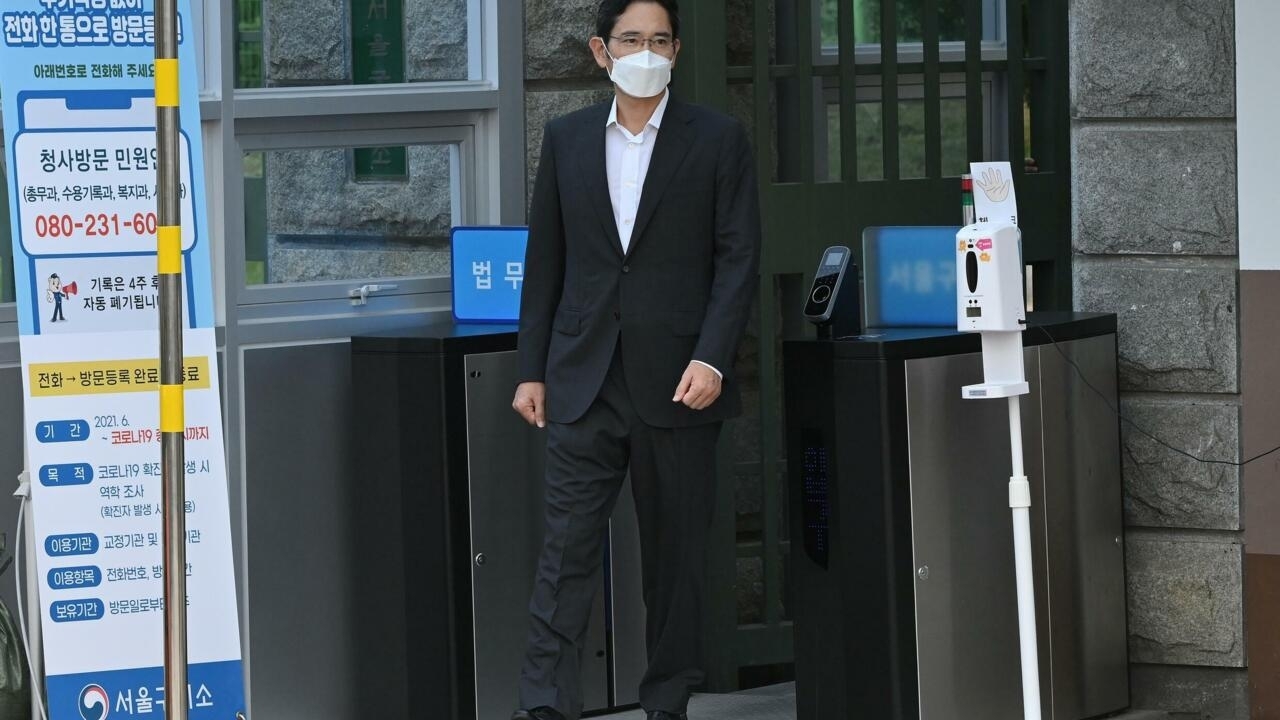 Samsung heir and de facto boss Lee Jae-yong was released from prison on Friday after being released on parole, AFP reported in Seoul.

"I have caused people too much worry. I am very sorry," Samsung Electronics vice president, 53, sentenced in January to two and a half years in prison said outside his detention center in south Seoul. for corruption.

The parole of Lee Jae-yong was announced Monday by the South Korean Minister of Justice who had cited "the national economic situation due to the prolonged coronavirus pandemic".

Officially, Lee Jae-yong - 202nd richest person in the world according to Forbes, with a fortune of $ 11.4 billion - is the vice president of Samsung Electronics, the world's largest maker of smartphones and memory chips. .

But in fact, he is the one who has taken up the torch at the head of the conglomerate since his father Lee Kun-hee, the architect of the group's global take-off, stepped back due to health problems.

The patriarch passed away in October.

Calls for his early release had multiplied in recent months, coming from both politicians and business leaders, worried about the consequences of the coronavirus pandemic on the South Korean economy, the 12th largest on the planet.

This release was intended to allay concerns about Samsung's decision-making process.

Samsung is by far the largest of the "chaebols", the family industrial empires of the country.

Its overall turnover represents one-fifth of South Korea's GDP, and is therefore crucial to the country's economic health.

South Korea traditionally grants graces at this time of year, as it celebrates Independence Day on August 15.

The Justice Department said this year 810 people will be granted parole.

The decision in favor of Mr. Lee was taken "on the basis of various factors, including the sentiment of the population and its behavior in prison," the justice minister told reporters on Monday.

According to South Korean media, Lee Jae-yong has been a "model prisoner," and a rule change that came into effect in August reduces the length of sentences prisoners must serve to qualify for parole.

His imprisonment, however, did not affect the performance of the group, which announced at the end of July a jump of more than 70% of its net profit in the second quarter due to the rise in chip prices linked to the very strong demand in times of pandemic. .

Mr Lee, who was on a retrial in the drawer case that led to the 2017 impeachment of former President Park Geun-hye and subsequent incarceration, was found guilty of bribery and embezzlement.

In this case, he was in 2017 sentenced to five years in prison for corruption, embezzlement and other crimes.

On appeal, most of the bribery charges were dismissed and Mr. Lee received a suspended prison sentence.

But the Supreme Court then ordered a new trial.

The case involves millions of dollars the group paid to the president's shadow confidante, Choi Soon-sil.

Bribes which were according to the accusation intended to facilitate the transfer of power to the head of the conglomerate, while Lee Kun-hee was bedridden after a heart attack in 2014.

This scandal had once again underlined the troubled connections between the South Korean power and the great families which control the "chaebols", these conglomerates at the origin of the prodigious recovery of the country after the Korean War.

On several occasions in the past, big South Korean bosses, convicted of corruption or tax evasion, have benefited from reduced sentences or presidential pardons, like the former boss of Samsung Lee Kun-hee, convicted two times then pardoned in recognition of "his contribution to the national economy".