"To discuss the prospects for the development of bilateral cooperation": Putin and Merkel will hold talks in Moscow on August 20

German Chancellor Angela Merkel will arrive in Moscow on August 20, where she will hold talks with Russian President Vladimir Putin. According to the Kremlin, the heads of state will discuss the prospects for the development of bilateral cooperation in various fields, as well as a number of topical issues on the international and regional agendas. At the same time, Berlin promised to tell in more detail about the program of Merkel's visit next week. The German Chancellor, after meeting with the Russian leader, will go to Kiev - she is scheduled to meet with Vladimir Zelensky on August 22. 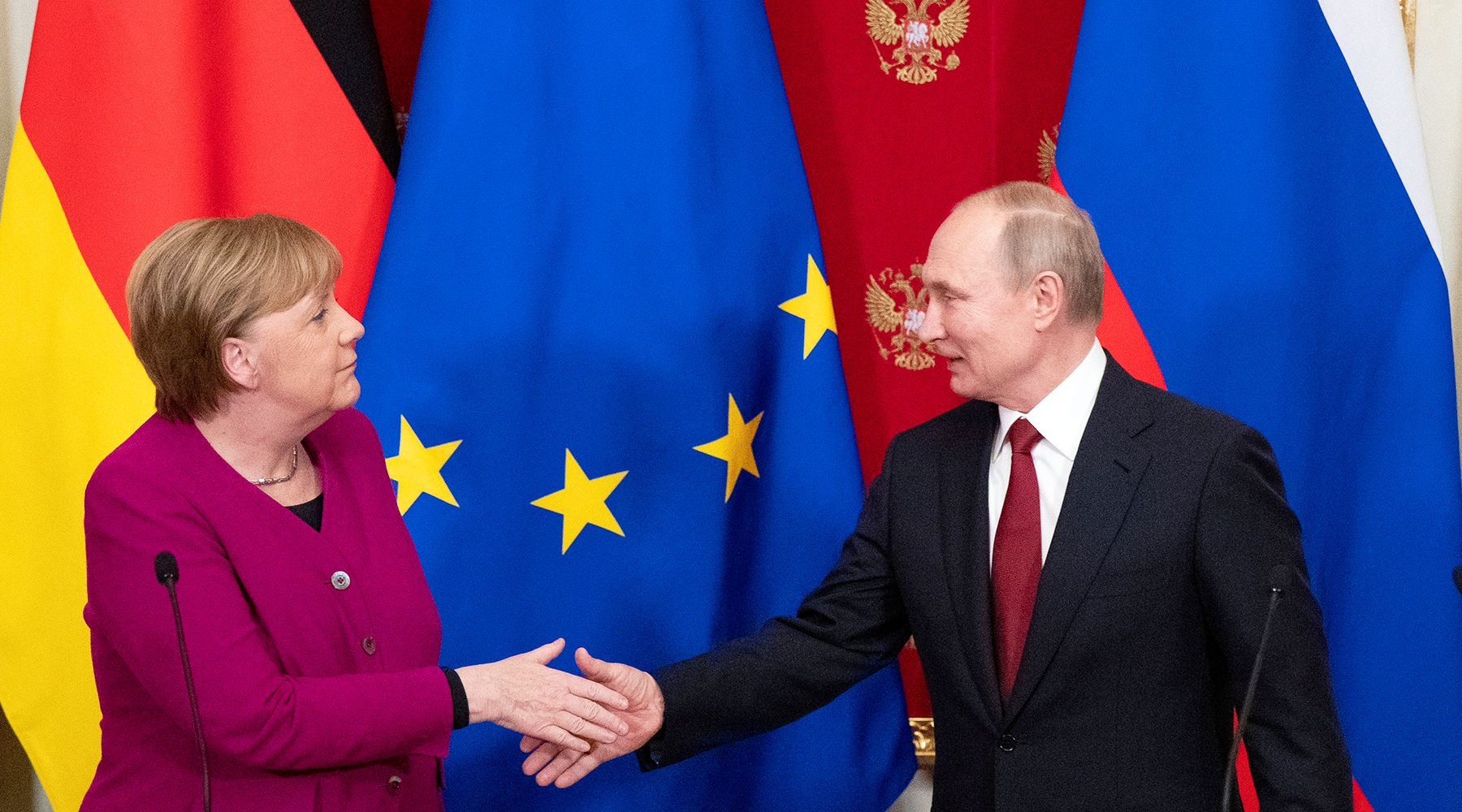 German Chancellor Angela Merkel will pay a working visit to Moscow on August 20.

She is expected to meet with Russian President Vladimir Putin.

A similar statement was made during the briefing by the official representative of the FRG government Steffen Seibert.

“On Friday, August 20, the Federal Chancellor will leave for Moscow.

It is quite obvious that she will meet with the president, "Seibert said, quoted by TASS.

The Kremlin press service confirmed this information, saying that Vladimir Putin and Angela Merkel will hold talks on August 20.

"It is planned to discuss the state and prospects for the development of bilateral cooperation in various fields, as well as to consider a number of topical international and regional issues," the message says.

We add that the last time the German Chancellor visited Moscow was in January 2020.

Then the leaders of the two countries discussed bilateral relations and the international agenda, in particular the situation with the construction of the Nord Stream 2 gas pipeline and sanctions pressure from the United States, the settlement of conflicts in Donbass, Syria and Libya, as well as the withdrawal of the United States from the Joint Comprehensive Action Plan (JCPOA) on the Iranian nuclear program.

Alexander Kamkin, a leading researcher at the Center for German Studies at the Institute of Europe of the Russian Academy of Sciences, called Angela Merkel's upcoming visit to Moscow significant, since it will be her last as chancellor.

“The topics for discussion are somewhat standard.

This is energy and general European security in the context of growing tensions and misunderstandings between Russia and our Western partners.

These are both transatlantic relations and the role of the Russian Federation, especially in the context of the US sanctions pressure on Nord Stream 2.

This, of course, is the situation in Ukraine.

Because this topic is gaining acuteness in the context of the fact that Ukraine is trying to tie the topic of preserving transit to the energy agenda.

It is also impossible to exclude a discussion of the prospects with the new cabinet, "- explained the interlocutor of RT.

Recall that back in October 2018, Merkel announced that she would not run for the post of Chancellor of the Federal Republic of Germany for the fifth time and would leave politics as soon as her term of office expired.

Parliamentary elections in Germany are scheduled for September 26.

Konstantin Blokhin, a researcher at the Center for Security Studies of the Russian Academy of Sciences, believes that the topic of Nord Stream 2 will become a key topic in the course of the negotiations.

“This is a key issue in bilateral relations.

The second question, which is related to Nord Stream 2 (a topic that is problematic for Russia and Europe), is, of course, Ukraine.

Perhaps Merkel will recall the Navalny case, touch on human rights issues, but it seems to me that the topics of the gas pipeline and Ukraine will be the main ones during these negotiations, ”the expert said in an interview with RT.

Meeting of Merkel and Zelensky

During the briefing, the official representative of the Cabinet of Ministers of the Federal Republic of Germany Steffen Seibert also confirmed the information previously disseminated by the representatives of Ukraine that Angela Merkel will arrive in the Ukrainian capital.

On August 9, the press secretary of the President of Ukraine Serhiy Nikiforov announced that the German Chancellor would meet with Volodymyr Zelensky on August 22.

"The topics of the talks: security, bilateral relations and other pressing issues," he wrote on Facebook.

On August 11, Nikiforov announced that the leaders of Ukraine and Germany would discuss the Nord Stream 2 gas pipeline and the situation in Donbass.

"Angela Merkel and Vladimir Zelensky will talk about how specifically Germany will guarantee the fulfillment of the obligations it has taken in case Russia, after the launch of Nord Stream 2, tries to somehow abuse its monopoly position," he said. ...

His words are quoted by the Strana.UA portal.

The spokesman for the President of Ukraine also said that the visit of the German Chancellor confirms that no security issues in Europe are supposedly being resolved without Zelensky's participation.

As a reminder, on July 21, Germany and the United States announced a deal on Nord Stream 2.

According to the agreement, Washington acknowledged that the sanctions would not stop the implementation of the project, and Berlin pledged to seek the extension of the transit of Russian gas through the territory of Ukraine after 2024, when the current transit agreement ends.

After that, the Minister of Foreign Affairs of Ukraine Dmitry Kuleba stated that the document did not clearly and specifically spell out guarantees for the country's energy security, while the Deputy Prime Minister for European and Euro-Atlantic Integration of Ukraine Olga Stefanishina demanded from the EU guarantees of maintaining gas transit and compensation in connection with the upcoming launch of Nord Stream 2.