The Guardian: The war in Ethiopia is going from very bad to worse

The British Guardian newspaper said that events in Ethiopia are going from bad to worse, and that the ceasefire agreement appears to be followed by an escalation of the conflict, as many had previously expected. 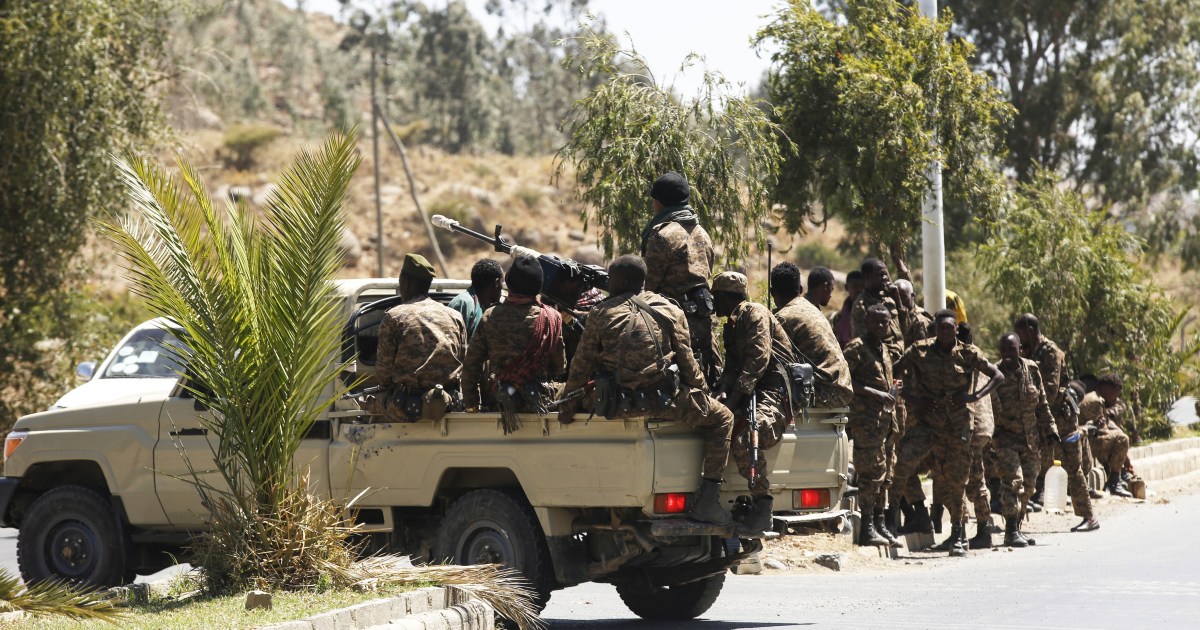 Ceasefire agreements in armed conflict usually bring hope, provide a truce and may even bring peace if not a comprehensive solution.

With this phrase, the British Guardian newspaper (The Guardian) began its editorial today, Thursday, commenting on the development of events in Ethiopia, which it described as going from very bad to worse.

She pointed out that after the Ethiopian Prime Minister Abi Ahmed received the Nobel Peace Prize, a war soon broke out between the central government and the Tigray People's Liberation Front, so it seems that a ceasefire agreement will be followed by an escalation of the conflict, as many had previously expected.

Abi Ahmed had recently called on all eligible civilians to join the army to fight against the Tigray People's Liberation Front.

Nine months of war in Tigray resulted in the deaths of thousands, tens of thousands of refugees, and pushed hundreds of thousands of citizens to the brink of famine, as they witnessed war crimes committed by all parties to the conflict, including massacres of civilians and widespread sexual violence.

A report by Amnesty International alleges systematic rape and abuse of women and girls by forces affiliated with or allied to the Ethiopian government.

According to the Guardian, the prospect of an escalation looks really frightening.

The roots of the conflict

The newspaper recalls that the Tigray People's Liberation Front (TPLF) dominated the political scene in Ethiopia for a decade before Abi Ahmed rose to prominence.

And a political dispute between the leadership of the Tigray region and the federal government - where each side undermined the legitimacy of the other - turned into a military conflict when the Ethiopian Prime Minister announced a strike on the Tigray People's Liberation Front because it attacked an army base.

Abi Ahmed expected a quick victory in his war against the front.

But the latter regained, last June, control of Mikkeli, the capital of the province in the north of the country.

For its part, the government declared a unilateral ceasefire and withdrew its forces from most areas of the region, but aid and services remained prohibited.

Indeed, an official spokesman recently stated that the leadership of Tigray "will be expelled from every city."

In turn, the Tigray Front has taken the war east to the neighboring Afar region (perhaps in the hope of cutting off a major trade route) and then south to the Amhara region, refusing to withdraw from them.

It says it is recovering lands belonging to Tigray province that were occupied by the Amhara forces when the federal government launched their offensive.

But the Guardian sees in its editorial that the front may also hope to open a supply route for it from Sudan.

The British newspaper notes that the conflict in Ethiopia threatens to tear the country apart, and that the Tigray leadership is determined to restore the pre-war borders of the region while the Amhara forces will not relinquish their claim to the lands they seized.

The TPLF also wants to restore the external supply lines, which the federal government will not accept.

The newspaper's editorial goes on to say that the actions of the pro-government forces pushed the previously depoliticized Tigrayans to stand behind the Popular Front, and many of them now see the ongoing war as a struggle for survival, and that independence from Ethiopia is their "only hope of living in peace." .

According to the Guardian, the raging conflict in Ethiopia is also harming its foreign relations, as Sudan has recalled its ambassador.

As the situation is threatening to worsen, it becomes necessary to exert international pressure on all the warring parties.

The unimpeded flow of humanitarian supplies must be ensured and a genuine truce sought as a priority.

It is difficult - as the Guardian claims - to know how to reach an appropriate agreement in this regard if none of the parties seem to want to.

But Ethiopia and the region urgently need such an agreement, as the newspaper stresses at the conclusion of its editorial.