A yellow paradise was born on Lake Raisio, which surprised even Aarno Kasvi, who saw everything: “Nowhere else in Finland”

The pool of Hauninen has been occupied by a yellow ferry, which has attracted both rare birds and bongars. 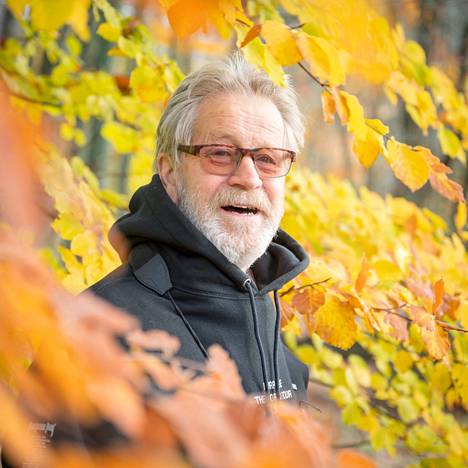 If the emeritus gardener Aarno Kasvi, who has seen thousands of plant varieties in his long career, gets excited, then he is very likely to be on the verge of rarity.

The plant is now inspired by the Nymphoides delta, more commonly known as the pond, also known as the yellow pond.

The presence of a pond that came to Finland as an alien species is not a special thing, but the extent of its vegetation is.

The plant suggests that Raisio's Hauninen pool has a yellow paradise at its best.

- That pond vegetation is Raisio's biggest attraction at the moment!

There is this wonderful alien species on an acre basis.

- This must be Finland's largest crop, at least I don't know bigger.

The pond has taken over the shallows of the Hauninen basin.

The vegetation has also attracted a rather rare bird species to the site.

- There's a muddy chicken walking on the crop.

It is so exotic that nowhere else in Finland is this offered, Kasvi says.

The flowering time of the pond is now at its best, when the water in the Hauninen basin is low.

It also attracts birds to forage.

The pond spread to the Hauninen basin in 2013. The plant was first found in Finland the previous year, in the same area from Lake Littoistenjärvi.

The removal attempts did not produce the desired result.

- It can no longer be taken out of Finland, Kasvi says.

Even the pond flowers are yellow and rarely occur.

The pond has come to Finland from Central Europe.

Hauninen Basin is an artificial lake built in 1973, which is 38 hectares in size.

It was used as a raw water reservoir until 2012, but today it is a popular outdoor area.

The artificial lake is surrounded by a 3.5 km long walking route.

Especially during the Korona period, the pool has been noisy.

Hauninen Pool is a popular outdoor area with a frisbee golf course.

Lately, a lot of people have arrived at the scene with binoculars.

- At eight in the morning there were already 10 cars of birdwatchers, and when I left, there were 15, Kasvi says.

- It is one of the most interesting places in Finland, and it is so beautiful there that the information must be shared with others, he says.

It is possible to spot ponds along the entire route around the artificial lake.