"They are building a wall, we are not going to pass any more": 60 years ago, Berlin was split in two

Today, only small pieces remain scattered around the German capital. For 28 years, the Berlin Wall divided the city and its people. When it was built just 60 years ago, Berliners were taken aback. Many of them have not forgotten this painful month of August 1961. &amp; nbsp; &amp; nbsp; 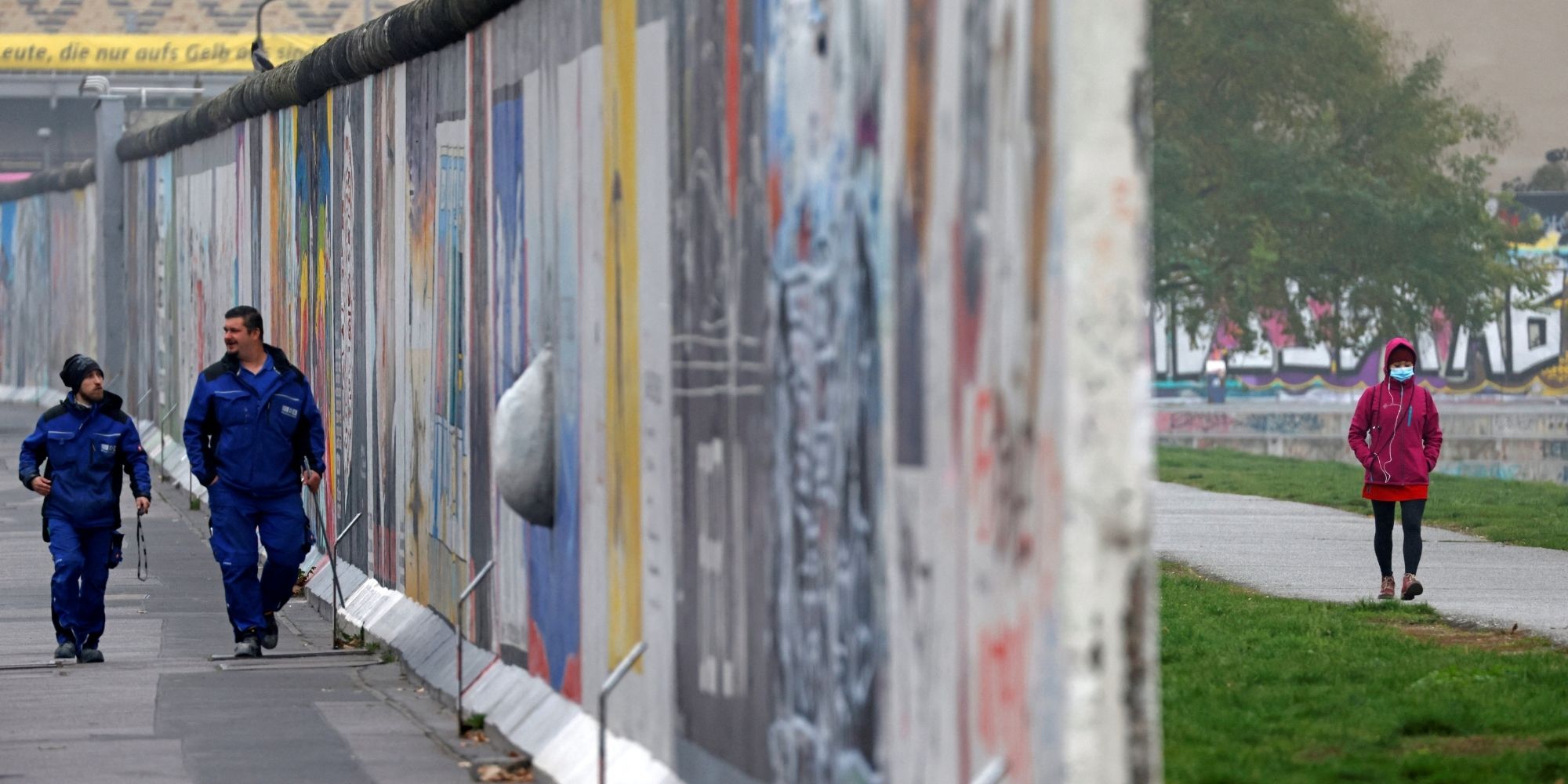 Today, only small pieces remain scattered around the German capital.

For 28 years, the Berlin Wall divided the city and its people.

When it was built just 60 years ago, Berliners were taken aback.

Many of them have not forgotten this painful month of August 1961.

During the night of August 12 to 13, 1961, the soldiers deploy in the city, unroll the barbed wire and lay the first stones. They then build the Berlin Wall. The Germans who attended did not forget this historic night. On the occasion of the 60th anniversary of the construction of the Wall, Berliners recall these sad memories.

Work in the west and live in the east or vice versa.

The city may well be divided into four occupation sectors, one circulated freely between the districts.

Prime Minister Angela Merkel had just celebrated her 7th birthday at the time.

For the first time, a few months ago during a meeting with German teenagers, Angela Merkel gave some memories of this period.

"On August 11, I went from the Pankow district in the east to the Wedding district which was located in the west, with my grandmother. I think I remember that my grandmother went to buy cigarettes from there. 'West. And then we went home, "she says.

She then lived about a hundred kilometers north of Berlin, in Brandenburg, where she returned by train with her father.

"You could see rolls of barbed wire stored all over the forest. It was clear that something was in preparation in Berlin, but people could not believe that we were going to cut the city in two," recalls the Prime Minister. German.

Angela Merkel remembers her father, who was "afraid he would not see his mother for a while".

"But she, in East Berlin, never thought that she would never be able to see her sister in the west again," she continues.

Two days later, on the morning of August 13, it was already "too late".

"It was a terrible moment. I remember my parents so sad," said the German Prime Minister.

Even the soldiers east of town didn't know

Yet in June, Walter Ulrbich the President of the GDR had assured him: "nobody intends to build a wall!".

Even East German soldiers are unaware of the regime's plans.

Peter Guba was still doing vehicle checks at the Brandenburg Gate the day before construction.

"I went to see, there were already barbed wire, and I realized that we were locked up and that we would no longer have contact with those opposite," he continues.

"For us Berliners it was hardly believable!"

Across the square is 16-year-old Winfried.

"We passed by there every day! It was a terrible shock. You can't imagine," he says, moved.

“When they unrolled the barbed wire, we shouted over and over 'no to barbed wire'. But we watched with horror as the East German police intervention units gathered together with machine guns,” recalls Winfried.

Before adding: "for us Berliners it was hardly believable!".

The policemen of the west helped by the British soldiers finally push back the crowd.

The Western powers did not want to take the risk of an open conflict with the Eastern bloc.