"There is no chance of participating in elections": 30 politicians who received a salary in the FBK will not be able to be elected

The Anti-Corruption Foundation * through satellite funds paid salaries to 30 employees who participated in regional and federal elections in 2016-2020, RT found out. Seven of them announced their candidacy in 2021. However, after the recognition of FBK funds as extremist organizations, the situation changed dramatically. Under the new electoral legislation, employees and heads of Navalny's regional headquarters ** will not be able to participate in the elections for the next three to five years, experts explain. 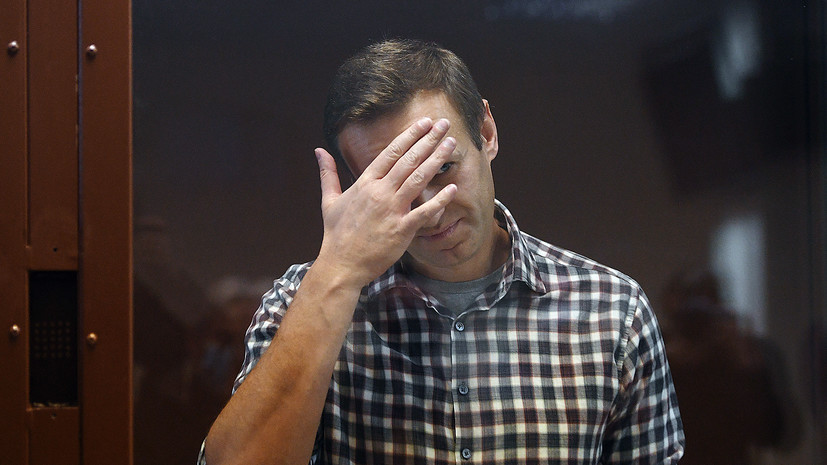 On August 4, 2021, a court decision came into force recognizing the Anti-Corruption Foundation * as an extremist organization.

As RT found out in one of its investigations, FBK's activities are served by several non-profit and commercial structures.

One of them fell under the ban - the NGO "Fund for the Protection of Citizens' Rights" (FZPG) ***.

In May, the State Duma of the Russian Federation adopted a law that prohibits participants in extremist and terrorist organizations from participating in any elections.

The limitation applies to leaders and ordinary members of such organizations.

Those who publicly expressed support or sponsored the activities of banned associations will also be banned, the official portal of the State Duma explains.

A distinctive feature of the new law is its retrospective.

The ban applies to both current employees and those who were related to the structure before the court recognized it as extremist or terrorist.

If a person headed an organization (or its regional subdivisions) three years before the court's decision recognizing it as extremist, he is also prohibited from participating in elections.

The ban applies to ordinary members if they cooperated with the organization for one year before the court decision.

And after the appropriate court decision, the management team will not be able to be elected for the next five years, the rank and file and "sympathizers" - for three.

This is what now applies to FBK Navalny: all the heads of the regional headquarters (operating in almost every region) will not be able to participate in the elections in the next five years.

And volunteers and contributors - for the next three years.

RT counted 35 FBK employees and supporters who have run for office in recent years or have expressed a desire to run as candidates for regional or federal elections.

Mostly in this list are the heads or deputy heads of the regional headquarters of the FBK.

Eight of them said they will run in the 2021 elections at the local or federal level.

The rest intended to participate in regional elections.

For example, the former head of the St. Petersburg headquarters, Irina Fatyanova, who participated in the elections to the Legislative Assembly in 2019 and 2021.

Or an employee of the Kaliningrad headquarters, Ivan Luzin, who ran for the city parliament this year.

At least 30 people were officially employed in FBK structures and received funding from them.

This was reported to RT by a source in government agencies associated with the statistical accounting of the working-age population.

In particular, 28 people in 2020 received a salary at the Novosibirsk Foundation for the Protection of Citizens' Rights, and Zhdanov and Sobol worked in the head structure.

In 2020, 28 employees of the FZPG earned about 10.2 million rubles, RT calculated based on data from the source.

Each of them, starting in 2016, tried to get into municipal, city or regional deputies.

The four employees didn't stop at just one try.

Some also ran for the State Duma.

However, now they do not have legal opportunities to get into the legislative bodies, experts are sure.

"According to the new law, former FBK employees have no chance of participating in the upcoming elections," Kirill Kabanov, chairman of the National Anti-Corruption Committee, told RT.

“There are no prospects.

They will simply be denied participation in the elections.

They will not register, '' lawyer Pavel Zaitsev said in an interview with RT.

- Those candidates who were refused registration can challenge the refusal in court.

But these are already judicial perspectives ”.

Indeed, most of the well-known RT candidates for the upcoming September elections either refused to participate themselves, or they were removed on the basis of notifications from the Ministry of Justice, which the department sent to the territorial election commissions.

The notifications contained evidence of the candidates' links with a recognized extremist organization - the Anti-Corruption Foundation.

Also on russian.rt.com Sobol announced that she had stopped her election campaign to the State Duma

In July, an activist from Kaliningrad, Ivan Luzin, was not allowed to participate in the election race due to administrative penalties for participating in illegal rallies and working at the local FBK headquarters.

Irina Fatyanova, a candidate from St. Petersburg, was denied registration for similar reasons.

Vyacheslav Yakimenko, a student from Berdsk, is restricted in his voting rights.

Although he did not receive a salary from the FBK in 2020, the local CEC refused to register him as a city council candidate due to ties with the foundation.

Sobol and Zhdanov were among the first to announce their nomination to the State Duma, but later they themselves abandoned the election race, before reaching the stage of official registration.

Also on russian.rt.com "They want to be called politicians in exile": lawyer Ilya Remeslo - on the prospects of a non-systemic opposition

Some of this list, on the contrary, are current deputies.

This, for example, is the deputy of the city council of Novosibirsk Sergei Boyko.

He is also the head of the FZPG, from the budget of which 28 candidates were paid salaries.

What is the political fate of the current deputies associated with the FBK is not yet clear.

However, it cannot be ruled out that their status may be revised.

No laws have retroactive effect, with the exception of those laws that contain a direct indication of this, Zaitsev noted.

“If the law contains a reference to the opposite action, then the election results must be revised in order to bring them in line with the law,” the lawyer said.

** The public movement "Navalny's Headquarters" is an organization recognized as extremist, its activities are prohibited on the territory of Russia by the decision of the Moscow City Court of 06/09/2021.

*** The Foundation for the Protection of Citizens' Rights was included in the register of NPOs performing the functions of a foreign agent, by decision of the Ministry of Justice of the Russian Federation dated December 25, 2020.