American scientists presented data from a study from which it follows that Pfizer's mRNA vaccine is less protective against the "delta" strain of coronavirus infection. The drug's effectiveness against this mutation is 42%. In this regard, RDIF suggested Pfizer to use the domestic single-component vaccine Sputnik Light as a booster dose to improve the immune response. Alexander Gintsburg, director of the Gamaleya Center, explained that Sputnik is forming a response to “a very large number of antigenic variants”. 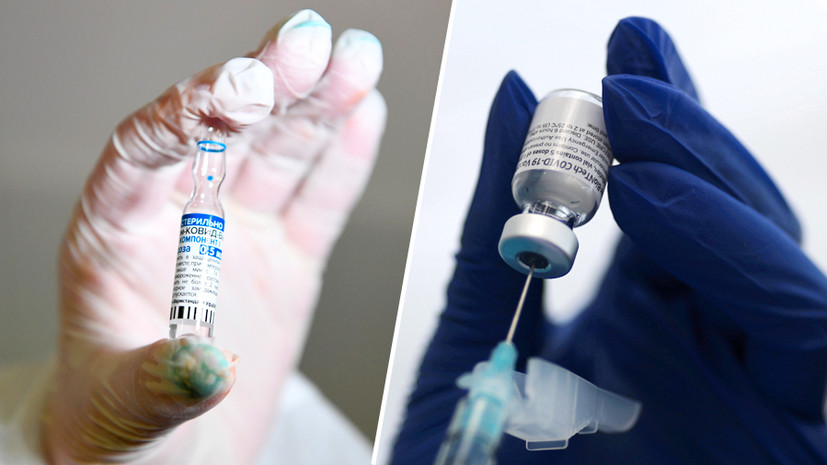 During this time, 20 195 people recovered, 808 patients died - this is the highest figure for Russia for the entire time of the pandemic.

The total number of COVID-19 cases registered in the country has reached 6,534,791; 5,828,972 patients have recovered since the beginning of the pandemic in Russia.

168,049 people died from complications due to coronavirus infection and concomitant diseases.

According to Rospotrebnadzor, over 170.6 million laboratory tests for the SARS-CoV-2 coronavirus have been carried out in the country, more than 1.2 million people remain under medical supervision.

Russia ranks fourth in the world in the number of detected cases of coronavirus.

According to Johns Hopkins University, more than 204.8 million cases of the disease have been recorded since the beginning of the pandemic, most in the United States (36.2 million), India (32 million) and Brazil (20.2 million).

More than 4.3 million people have died from complications related to COVID-19 worldwide.

As the Director General of the World Health Organization (WHO), Tedros Adhanom Ghebreyesus, noted, the world community, just six months after passing the level of 100 million, surpassed the bar of 200 million cases of COVID-19.

"With the current trajectory (of the spread of the virus. -

), we can pass the level of 300 million known cases at the beginning of next year," TASS quotes him.

In turn, WHO Assistant Director General Mariangela Simao spoke about the situation with the Russian Sputnik V coronavirus vaccine.

According to her, WHO is currently carrying out legal procedures on Sputnik V.

“For Sputnik V, the process (approval of the application. -

) continues, we are currently carrying out legal procedures.

We cannot yet say the date of completion of the assessment, ”TASS quotes her.

In July, Kirill Dmitriev, head of the Russian Direct Investment Fund (RDIF), said that WHO could approve Sputnik V in September or October.

The Russian Direct Investment Fund (RDIF) offered the pharmaceutical company Pfizer to use the Sputnik Light coronavirus vaccine as a third - booster - injection.

This is due to data from a study showing a decrease in the effectiveness of mRNA-based vaccines against some variants of SARS-CoV-2.

“The growing number of delta strain diseases in the United States and Israel shows that mRNA vaccines need a heterogeneous booster to enhance and prolong the immune response.

"Sputnik V" is a pioneer of this approach, combined studies, and shows 83.1% effectiveness against "delta", - said in a message on the Twitter account of the domestic vaccine.

Earlier, the MedRxiv preprint portal published the results of a study conducted by American scientists on the effectiveness of vaccines from Moderna and Pfizer from January to July 2021, during which alpha and delta strains of coronavirus infection were widespread in the United States.

It is noted that both drugs, Moderna and Pfizer, demonstrated high efficacy (86% and 76%, respectively).

However, in July, against the background of a higher level of spread of the "delta" -strain, the effectiveness of these vaccines decreased - to 76% and 42%, respectively.

The delta strain accounted for 94.4% of new COVID-19 cases in the last two weeks of July, according to data from the US Centers for Disease Control and Prevention on August 4.

Also on russian.rt.com "There are no prerequisites for widespread distribution": no cases of the "iota" strain of COVID-19 have been identified in the Russian Federation

The day before, the RDIF reported that the epidemiological effectiveness of the Sputnik V vaccine against the delta strain was 83.1%, and the drug was also able to prevent hospitalization of infected people in 94.37% of cases.

Along with this, the director of the Research Center for Epidemiology and Microbiology named after N.F.

Gamalei Alexander Gintsburg on the air of "Radio 1" explained why "Sputnik V" is more effective in the fight against new mutations of SARS-CoV-2 than mRNA vaccines.

"Sputnik" is good because it forms a response to the S-protein of the coronavirus in several conformational states, in contrast to mRNA vaccines, where there is only one conformation.

Of course, mRNA vaccines provide a powerful immune response, but against a very limited number of antigenic variants.

And "Sputnik V" gives a uniform response to a very large number of antigenic variants, this is one of its main advantages, "he said.

In July, preliminary results of tests of the combination of components of the Sputnik V and AstraZeneca vaccines were announced. Fifty volunteers were vaccinated, no "serious adverse events" were identified, the foundation said. On August 4, it became known that Sputnik Light in the course of research in Argentina demonstrates high safety indicators in combination with vaccines AstraZeneca, Sinopharm and Moderna.