What would happen if the value of Bitcoin collapsed to zero?

There were about 6,000 digital currencies listed on CoinMarketCap just one year ago, but today there are 11,145 coins, so what if Bitcoin collapses? 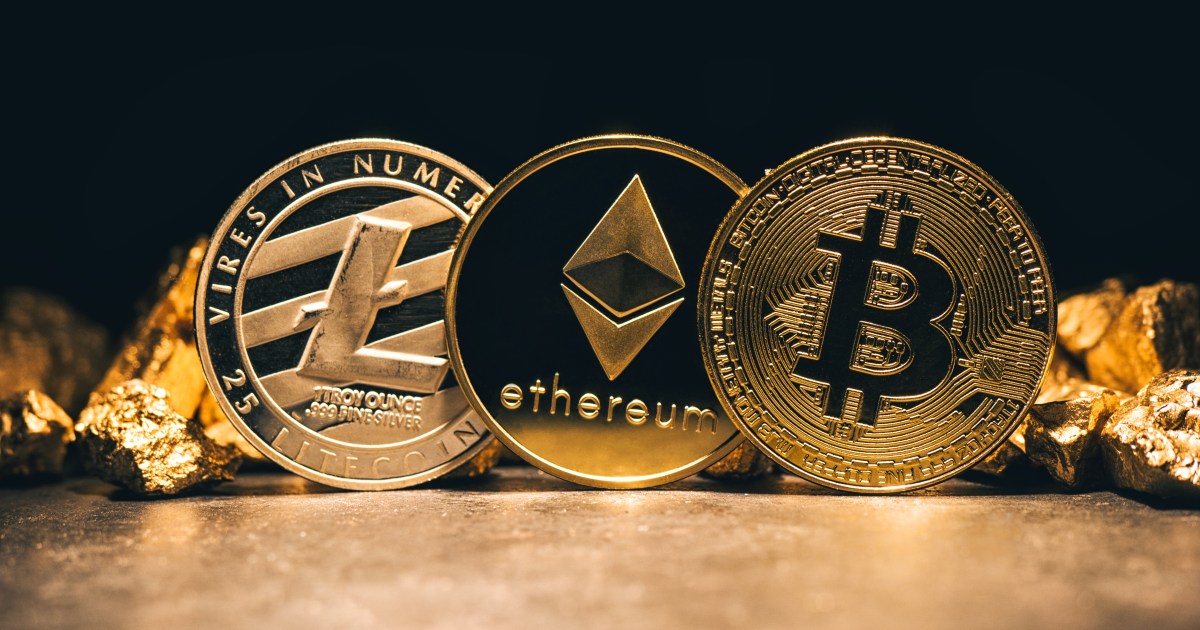 Just a year ago, there were about 6,000 cryptocurrencies listed on CoinMarketCap, today there are 11,145 coins.

The British magazine The Economist said that cryptocurrency holders are becoming more sophisticated and wealthy as well.

Institutions are responsible for 63% of cryptocurrency trading, down from 10% in 2017.

But this maturity in the cryptocurrency market failed to limit the extreme price volatility, as the value of Bitcoin (Bitcoin) fell from $64,000 last April to $30,000 last May.

The magazine noted that each drop in the price of the digital currency raises questions about how bad the repercussions will be.

The effects of falling prices seem to go beyond currency backers who see Bitcoin as the future of finance.

Currently, algorithmic traders account for a large share of transactions, and have automatic “buy” orders when the price of Bitcoin falls below certain thresholds, but understanding the growing connections between the crypto space and the major markets requires imagining the price of Bitcoin crashing to zero.

It is noteworthy that the price of bitcoin rose on Monday, to its highest level since mid-May, supported by the statements of Elon Musk, CEO of Tesla (Tesla), in which he expressed his support again for dealing with cryptocurrencies.

The magazine explained that this collapse can occur either due to shocks that originate within the system such as a technical failure, a serious breach of a large cryptocurrency exchange, or it can come from outside, such as a crackdown by regulators or an abrupt end of “price spikes” in the markets. In response to central banks raising interest rates.

According to Mohamed El-Erian of Allianz, cryptocurrency investors are divided into 3 types: “fundamentalists” who believe that Bitcoin will one day replace government-issued currencies, and “tacticians” who believe that its value will rise with an increase in its value. Investing in it, and "speculators" who want to gamble.

The magazine pointed out that the collapse of the bitcoin price to zero may cause enormous turmoil among the ranks of the first group of investors, but it is unlikely that they will abandon the currency.

In contrast, the third group will flee at the first sign of trouble.

To avoid the eventual abandonment of the currency, the second group must be persuaded to stay, but this is unlikely if the price collapses to zero.

The price collapse - says the magazine - could harm the digital currency economy, as Bitcoin miners will have less incentive to continue, leading to the verification process and the supply of coins stopping.

Investors are also likely to divest from other cryptocurrencies.

Long-term cryptocurrency holders will suffer small losses compared to the price they paid, but will forgo huge unrealized gains.

The largest losses will be recorded by those who bought the currency less than a year ago at an average price of 37,000 dollars, and this includes most institutional investors, including hedge funds, university endowments, mutual funds and some companies.

This collapse will also wipe out private investments in crypto companies such as exchanges, and negatively affect the value of listed crypto companies (which have a market capitalization of about $90 billion).

Payments companies such as PayPal, Revolut and Visa will also lose a significant portion of the growing business, reducing their valuations.

In general - the magazine confirms - losses may reach two trillion dollars in the first shock, an amount slightly more than the market value of the "Amazon" company.

The magazine indicated that this infection may be transmitted through several channels to other assets, both digital and mainstream.

One such channel is leverage strategy, where 90% of the money invested in Bitcoin is spent on derivatives such as perpetual futures contracts, bets on the never-ending price fluctuations of the future.

As a result, stock exchanges can incur significant losses from debt default.

The magazine added that the rush to meet margin calls in cryptocurrencies may force speculators to get rid of traditional assets in order to provide liquidity, but in return they may give up trying to meet those calls because their stocks of digital currency have lost their value, which will lead them to liquidate them.

The magazine reported that the second contagion channel is “stablecoins,” which act as the engine of cryptocurrencies.

Since the process of exchanging dollars for bitcoins is slow and expensive, traders who want to make gains and reinvest the proceeds often deal in stable currencies pegged to the dollar or the euro, such as Tether and digital dollars, which are the main currencies exchanged on crypto platforms.

A cryptocurrency crash could result in continued investment in stablecoins, forcing securities issuers to dispose of their assets to make redemptions.

Officials from the US Securities and Exchange Commission and the Federal Reserve are paying more attention to the risks posed by digital currencies, and stablecoins in particular.

The magazine pointed out that the collapse of the value of the digital currency may have a more widespread impact on the general atmosphere than the issue of selling at very low prices, as many entities are now exposed to digital currencies, but since few of them bet on them with large shares of wealth, the losses will be extensive. Scope but not great.

Banks are immune, and most won't be in a rush to hold bitcoin anytime soon.

Recently, the Basel Club of Supervisors suggested that banks fund their bitcoin holdings with only their stocks of capital and not debt.

But it is not hard to imagine a worse case, as lower interest rates have pushed investors to take more risks.

The collapse of the digital currency could lead to more investment in exotic assets.

In recent months, the correlation between bitcoin prices and stocks in general has grown.

This is partly because bettors are reinvesting gains from other stocks in the cryptocurrency space and vice versa.

The magazine noted that the selling process may start with the most influential bettors - usually individuals and hedge funds - in the high-risk areas.

The magazine concluded that the market turmoil is linked to many factors, including the drop in the price of Bitcoin to zero.

However, the worst-case scenario suggests that leverage, stablecoins, and the mood are the main channels through which any cryptocurrency decline, whether big or small, will spread more broadly.