Lucifer pulls in across the Mediterranean

After weeks of forest fires. Now the heat wave Lucifer is pulling in over southern Europe and threatening to worsen the situation further. - The heat will be worst in Spain, says Pia Hultgren, meteorologist at SVT. 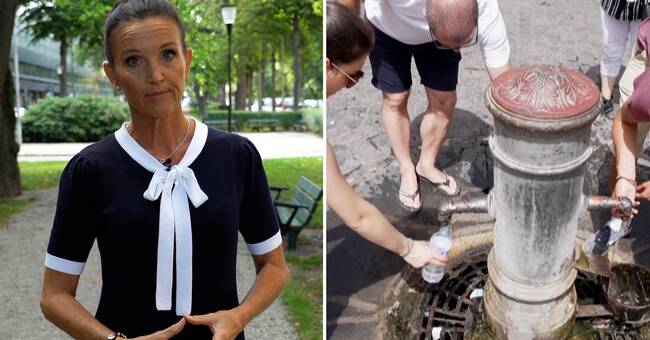 In Algeria, national mourning has been declared after at least 69 people died in the forest fires.

It is the latest country around the Mediterranean to be hit hard by the summer fires.

And now it can get worse.

It is above all the western side of the Mediterranean that will now have extremely high temperatures - with an even greater risk of fires as a result.

- We have had very high temperatures in the eastern parts of the Mediterranean, but now it is slowly squeezing further west, says Pia Hultgren.

The heat draws in over Italy, Spain and the south of France, and it is an extra dry air due to a decreasing air pressure.

In Italy, the high pressure has been named Lucifer.

In Syracuse, Sicily, according to local weather authorities, it has been measured at 48.8 degrees, a temperature which, if confirmed by Italian and international authorities, would be the highest ever measured in Europe.

- With this heat wave, we will very likely get a new heat record, in Spain, Italy or maybe in the Alps, says Pia Hultgren.

In Sardinia, over 20,000 hectares have burned down in the last month in the worst fires of decades.

Fires are suspected to have been started

In Tunis in North Africa, 49 degrees have been measured in the shade and in Algeria several forest fires are still raging.

On Tuesday, more than 70 fires were reported in northern Algeria.

Many of the fires are suspected to have been started and police have arrested several people, reports AFP.

Authorities have not released what crimes the detainees are accused of.

Cooler than usual in Sweden

Sweden will not notice any of the heat wave.

- Up here in northern Europe, especially Scandinavia, we will have a completely different type of weather in the next few days, says Pia Hultgren.

It is low pressure that will migrate from the Atlantic.

- From next week, we will even have lower temperatures than what is normal for the season.