"In American Logic": How the United States Appointed a New State Department Advisor to "Reduce Risks" from Nord Stream 2

Amos Hochstein, appointed senior adviser to the US State Department on energy security, will focus on "reducing risks" from the Nord Stream 2 gas pipeline, the agency said. They noted that this appointment shows the willingness of the United States to resist the use of energy resources "as a weapon of geopolitical significance, as Russia does", as well as to ensure a safer and more sustainable energy future for Ukraine and the countries "at the forefront of NATO and the EU." At the same time, Moscow considers such appointments to be interference in the internal affairs and economic interests of other countries. According to experts, this step by Washington suggests that the United States will continue to try to exert pressure on Nord Stream 2. 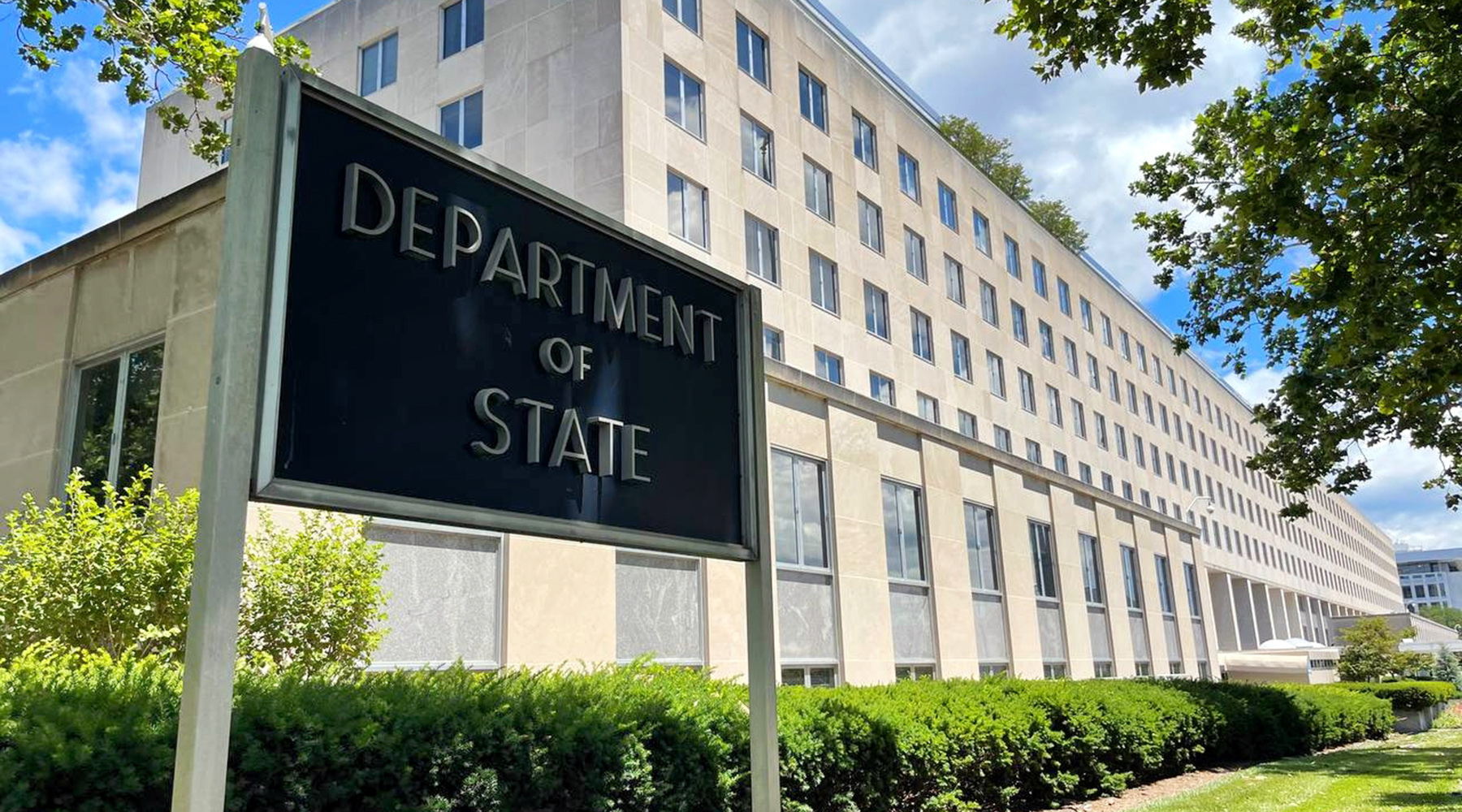 The appointed senior adviser to the State Department on energy security, Amos Hochstein, will focus on mitigating risks from the Nord Stream 2 gas pipeline.

This is stated in a statement by US Secretary of State Anthony Blinken.

“I am appointing Amos Hochstein as senior adviser to the State Department on energy security, thus underscoring the administration's commitment to the energy security of the United States, our allies and partners.

First of all, in his work, he will focus on the implementation of measures to reduce risks from the Nord Stream 2 gas pipeline, in accordance with the joint statement of the United States and Germany on July 21 on support for Ukraine, European energy security and common goals for climate protection, "- leads Blinken's message from the press service of the US State Department.

It is noted that this appointment demonstrates the readiness of the American administration to oppose the use of energy resources "as a weapon of geopolitical significance, as Russia does", as well as to ensure a safer and more sustainable energy future for Ukraine and the countries "at the forefront of NATO and the EU."

The report also states that the United States is ready to use "energy diplomacy" to ensure the security of supplies during the "critical period of the energy transition."

The appointment of a new State Department adviser was announced earlier this week by the Axios news portal, which called Hochstein "Biden's man."

The portal's journalists recalled that Hochstein served as the US State Department's special envoy for international energy from 2014 to 2017, oversaw the United States' foreign policy in the field of energy and was Biden's adviser on global energy issues.

The Axios also noted Hochstein's connection with the oil and gas sector of Ukraine.

) was appointed a member of the supervisory board of the Ukrainian Naftogaz and worked on anti-corruption reforms in the state energy giant, notorious for the fact that its budget was plundered by oligarchs,” the portal writes.

"In October 2020, Hochstein published a column in which he announced his resignation from the Naftogaz board, citing regression in the Ukrainian authorities' fight against corruption."

Hochstein's appointment was commented on in Moscow.

Therefore, we will proceed from the practical steps of the American side, "- said Maria Zakharova on the air of the YouTube channel" Solovyov ".

According to him, it means that the United States will most likely "oppose the commissioning of Nord Stream 2, since they failed to interfere with its construction."

“And (the United States -

) will furnish it (the gas pipeline -

) with such a number of conditions and requirements that will have the goal of limiting its positive effect on Russia as much as possible. The appointment is a signal to Congress, where a bipartisan coalition has formed against the project, as well as to Poland, the Balts, Ukraine and other dissatisfied construction of Nord Stream 2, that the US administration does not intend to let the situation develop on its own, but will actively influence it, ”- wrote Pushkov in his Telegram channel.

Earlier, the American media informed about the US plans to appoint a special representative to resolve issues related to the Nord Stream 2 gas pipeline.

Then the press secretary of the President of Russia Dmitry Peskov assessed these messages, recalling that the project is extremely important for the energy security of Europe and for its energy supply.

“But, of course, such special envoys for the project, which has nothing to do with the United States and which is generally located on another continent, probably speak very eloquently about what is called interference in internal affairs, interference in the economic interests of other countries, and so on and so forth. the like, "- said Peskov.

As a reminder, in May the Biden administration decided to abandon sanctions against the operator of the Nord Stream 2 project, Nord Stream 2 AG.

Thus, the chairman of the US Senate Committee on Foreign Relations and representative of the Democratic Party, Bob Menendez, expressed his disagreement with the administration's decision.

He urged to cancel it and introduce restrictive measures.

In turn, the leader of the Republicans in the Senate Foreign Relations Committee Jim Risch called Washington's move a mistake and asked to correct it before it was too late. According to him, the American authorities thus put the interests of Berlin and Moscow above the interests of the US allies in Central, Eastern and Northern Europe. Senator Ted Cruz also announced his disagreement with the actions of the Biden administration. He noted that Washington's refusal to impose further sanctions against Nord Stream 2 AG is supposedly a "multi-billion dollar gift" to Russian President Vladimir Putin.

However, the announced US plans not to impose restrictions on the Nord Stream 2 operator did not prevent the American side from imposing sanctions restrictions on other companies associated with the project in the same month.

As reported by the American Ministry of Finance, the FSBI Marine Rescue Service, two Russian firms and 13 Russian ships that are involved in the project were sanctioned.

A few days after the restrictions were imposed, Biden told reporters that further announcement of sanctions against Nord Stream 2, which is practically completed, would be counterproductive to Washington's relations with Europe.

In July, the United States reached an agreement with the Federal Republic of Germany on Nord Stream 2, according to which Washington recognized the impossibility of stopping the project, but did not rule out restrictive steps towards participants in Nord Stream 2 AG, if necessary.

Germany also pledged to insist on the adoption of measures by the European Union, including sanctions, in order to reduce the export of Russian fuel if the Russian Federation begins to use the energy sector as a weapon.

Washington and Berlin also agreed to support a ten-year extension of the agreement between Moscow and Kiev, which expires in 2024.

At the same time, the German side undertook to seek this prolongation from Russia.

Yuri Rogulyov, director of the Franklin Roosevelt US Research Foundation at Moscow State University, noted that the appointment of a new senior adviser to the State Department on energy security suggests that the United States will continue to try to influence the operation of the Nord Stream 2 gas pipeline.

“Washington plans to try to put a spoke in the wheels of the project, continuing the policy aimed at reducing its effectiveness.

And for this, the United States needs a responsible person who will coordinate the activities of the opponents of this pipeline - primarily Ukraine, Poland, the Baltic countries and Scandinavia.

Hochstein will mentor them, ”he said in a conversation with RT.

According to political scientist Alexander Asafov, after certain agreements have been reached between Washington and Berlin, the American side seeks to put them in the roadmap, as well as to ensure their implementation.

"Against this background, a senior adviser to the State Department on energy security must ensure that the fulfillment of obligations by the German side proceeds in American logic," the analyst said in an interview with RT.

According to Asafov, Washington probably believes that since Hochstein was a member of the supervisory board of Naftogaz, it will be easier for him to monitor the fulfillment of these obligations, which Germany has assumed.

“This is a US energy diplomat who made sure that the Ukrainian state company was under American control.

He worked with Biden and helped him with energy security issues.

In the foreground for Hochstein will be lobbying for the interests of the United States, taking into account the requests of Ukraine, which now causes some interest from the Americans, though small, ”the expert said.

In addition, the appointment of a new adviser to the State Department on energy security is also a response to criticism of the recent steps of the Biden administration related to Nord Stream 2, Rogulyov believes.

“This is a political step taken, among other things, to appease critics of the American president’s actions both inside and outside the United States.

Most Republicans and some Democrats believe that Biden sold everything, gave up and gave up everything.

In addition, there is some disappointment on the part of a number of European countries, which traditionally oppose the project, ”he explained.

Rogulyov summed up that in the US arsenal there are only those instruments for pressure on Nord Stream 2 that are associated with the imposition of Washington's position on its European counterparts.

“However, the White House has already realized that pressure on the allies can lead to the opposite effect. This Joe Biden does not want, so he is now trying to maintain a balance and not once again demonstrate that he wants to destroy a profitable economic project designed to make life easier for Europe, ”the expert concluded.