"Given the inability of the Brazilian judicial system", the association that brings together indigenous peoples promotes a procedure before the Hague Tribunal 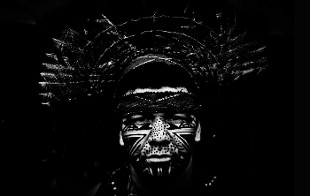 August 10, 2021 The Association of Indigenous Peoples of Brazil (Apib)

The same association had already turned to the Hague Tribunal to denounce the far-right president, but it is the first time that Apib has launched a

"Given the inability of the current judicial system in Brazil to investigate, try and imprison those responsible for actions that constitute crimes against humanity, genocide and ecocide, then we denounce them before the international community through the CPI", announced Eloy Terena, legal coordinator of the APIB, which brings together various regional associations for the defense of indigenous rights.

At the basis of the accusations, a series of university research, technical reports, documents of indigenous leaders and organizations that prove "a

and systematic policy, planned and implemented under the direction of Bolsonaro", starting from his inauguration as president of Brazil in January 2019 and in particular during the Covid-19 pandemic.

Indigenous people represent 0.5% of the 212 million Brazilians but their lands cover

13% of the immense national territory

, as well as representing the second green lung of the planet. Last January the famous defender of the Amazon rainforest

he had already asked the CPI to investigate for "crimes against humanity", accusing Bolsonaro of "persecution" of indigenous peoples with the destruction of their habitat and the violation of their rights.

In the background, a series of

awaiting the vote of the Brazilian Parliament driven by the powerful agri-food lobby, aim to overturn the rules in force on the