Over the past day, 21,378 new cases of coronavirus were confirmed in Russia - for the first time since June 30, this figure did not exceed 22,000.Since the beginning of the pandemic in the country, the diagnosis was confirmed in 6,491,288 people, 5,788,710 of them recovered, 166,442 died from complications ... The largest coronavirus vaccination center in the city was opened in St. Petersburg. And the Ministry of Education and Science reported that in the near future they will organize additional discussions with all interested participants regarding recommendations for vaccinating students. 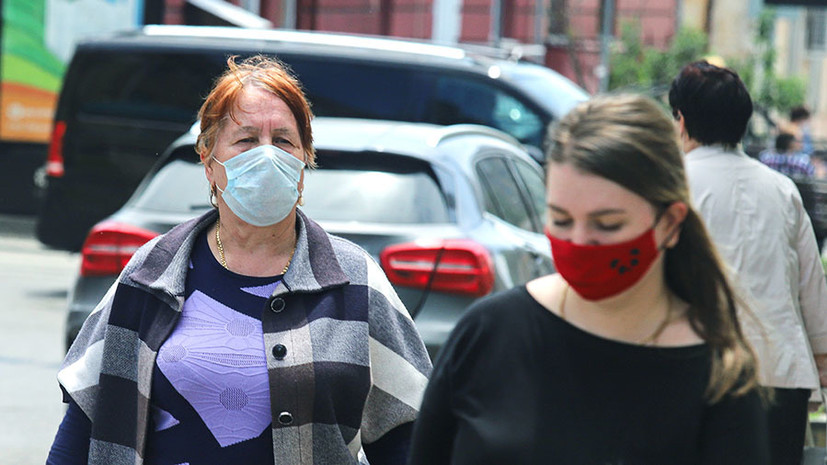 In Russia, over the past day, the coronavirus was detected in 21,378 people - for the first time since June 30, this figure did not exceed 22 thousand.Since the beginning of the pandemic, 6,491,288 cases of infection have been recorded in the country, of which more than 536,000 remain active.

Over the past day, 792 patients died from complications that developed against the background of COVID-19 and concomitant diseases, and the total number of deaths reached 166 442.

According to Rospotrebnadzor, since the beginning of the pandemic, over 169.7 million laboratory tests for the SARS-CoV-2 coronavirus have been performed in the country, including 304 thousand in the last day.

The day before, the largest inoculation station in the city opened in the Galereya shopping center near the Moscow railway station in St. Petersburg.

Governor Alexander Beglov announced this on the air of Radio Russia.

“We are expanding the network of vaccination centers: the largest in the city was opened in the shopping center“ Gallery ”.

Today he started to work normally.

This vaccination station is designed to receive thousands of people a day.

I urge everyone who has not done this yet to get vaccinated, ”TASS quotes him.

The press center of the Republic of Sakha (Yakutia) in the capital reported that 47% of the adult population of the region (279,190 people) received the first vaccination against COVID-19, and more than 242 thousand people (38.4%) were fully vaccinated.

In turn, in Ingushetia, 54.4% of the adult population (116.6 thousand people) underwent the first stage of vaccination.

This was announced by the Minister of Health of the Republic Rukiyat Torshkhoeva.

More than 130 thousand people received the first vaccination in the Novgorod region.

Governor Alexander Nikitin noted that the epidemiological situation in the region remains difficult.

He also instructed to debug the rehabilitation system for those who have recovered from COVID-19.

“We see that the consequences of the disease are quite serious, especially for older people.

We need to do everything possible so that patients, if they need it, could undergo a quality rehabilitation course, ”he said.

The authorities of the Irkutsk region have begun to reduce the bed capacity.

As the Minister of Health of the region Yakov Sandakov emphasized, the decision was made in connection with a gradual drop in the incidence of coronavirus.

“The numbers we have for today are already far from the peak values.

Today, 4200 people are at the hospital stage, 18 thousand are on outpatient treatment.

Peak rates reached 30 thousand at the same time at the outpatient stage.

We have reduced the number of beds only this week by 1.3 thousand. Today we are at the indicator of 5244 beds.

Also on russian.rt.com "Taking into account the epidemiological situation": The Ministry of Education and Science recommends transferring unvaccinated students to distance learning

The Ministry of Science and Higher Education of Russia announced that it will organize additional discussions on the prepared recommendations regarding the vaccination of students.

“Due to the fact that certain provisions of the recommendations received an ambiguous interpretation and caused various interpretations in the media, in the near future the Ministry of Education and Science of Russia will organize additional discussions with all interested participants - students, teachers, rectors and the expert community, including representatives of the United Russia ”That raised this issue.

Exhaustive explanations will be given based on the results of the discussions, ”the ministry said in a statement.

In turn, the head of the Ministry of Education and Science Valery Falkov said that his department opposes the compulsory vaccination of students.

"Any restrictions in educational, scientific, creative or other activities, depending on the presence or absence of vaccinations, are unacceptable," he stressed.

On August 9, it became known that the Ministry of Science and Higher Education approved the recommendations for the beginning of the new academic year.

Subordinate organizations were recommended to separately conduct exams for students who were vaccinated and not vaccinated against COVID-19.

In addition, it was indicated that it would be advisable for educational institutions to transfer to distance learning students who are not vaccinated against coronavirus and who have contraindications for vaccination.

As a reminder, in Russia, as part of the vaccination campaign, you can vaccinate with four drugs: Sputnik V, EpiVacCorona, KoviVak and Sputnik Light.