Accidents at work, two deaths and two serious injuries in a single day 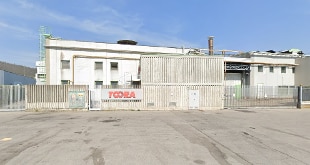 - on Tuesday. The most recent in order of time, in Piedmont, cost the life of a technician, who died following an accident at work in a commercial establishment. According to preliminary information, the man died after being transported to the hospital in

Around eight in the morning, in San Paolo d'Argon, in the province of Bergamo, a

, born in India and employee of a Brembate Sopra company, died instantly falling from a height of eight meters. The accident occurred while he was intent on removing the asbestos roofing of a foundry, the Tora Casting (pictured). The worker stepped on a skylight, which gave way, just as the safety net did not hold up. Nobody witnessed the tragedy. When the worker's colleagues became aware of the drama, they alerted 112, but the rescue was useless.

Two hours later, in Casnigo, also in the province of Bergamo. a

was hit by a chemical substance, caprolactam, contained in the tanker he was overturning, causing serious injuries.

In Caggiano, in the Salerno area, a

is on a restricted prognosis after an accident with the tractor he was driving. For reasons under investigation, a man's leg ended up stuck in the shredder of the vehicle