Lukashenko warned Ukraine against the forceful scenario of "return of Donbass"

If Ukraine, with the support of third countries, tries to "return Donbass" by force, Belarus will never be on its side, Belarusian President Alexander Lukashenko said during a press conference. 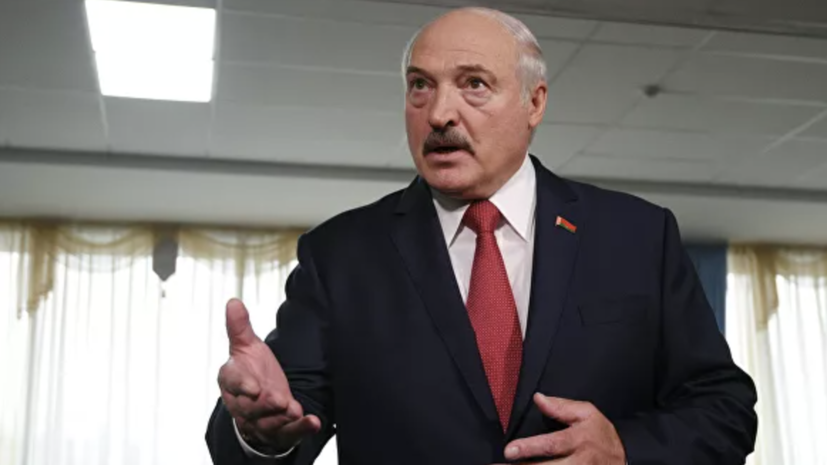 “If you dare to do this with the support of third countries, I will never be on your side,” the head of state said.

At the same time, he noted that there are enough "reasonable heads" in Ukraine.

“Any attempt, no matter what army you have in Ukraine ... Any your attempt to resolve the issue by force will end in tragedy for Ukraine, first of all.

Therefore, I ask you, I pray you, put it out of your head, ”Lukashenka added.

The Belarusian president also commented on the actions of his Ukrainian counterpart Volodymyr Zelensky regarding the situation in southeastern Ukraine.

According to Lukashenko, Zelensky "says one thing, but takes steps in the opposite direction and even seems to be deliberately staging a confrontation."

In particular, he recalled the law on the indigenous peoples of Ukraine, which was recently adopted by the Ukrainian authorities.

“There is no need to take steps that take you away from these negotiations.

The fact that you adopted the law there, indigenous, not indigenous, and so on, listen, was it really necessary today?

No, ”said the head of Belarus.

In April, Lukashenko said that the resolution of the conflict in Donbass depended exclusively on the Ukrainian authorities.