"Putting the blame on others in advance": in the US warned of threats due to the implementation of 5G

The American National Democratic Institute * analyzed the possible consequences of the spread of 5G technologies for democratic processes and human rights. The report, which RT reviewed, argues that 5G can enhance the ability of authoritarian countries to monitor and influence the information space. As an example, the NDI cites Russia, which is allegedly already conducting surveillance in different countries of the world, "intimidating civil society and Internet providers." At the same time, Western countries are not mentioned in such a context and are presented as “defenders of democracy”. According to experts interviewed by RT, NDI statements may indicate the presence of American surveillance posts around the world and attempts to shift the blame to other countries in advance. Besides,thus, the US is trying to put pressure on China in the 5G equipment market. 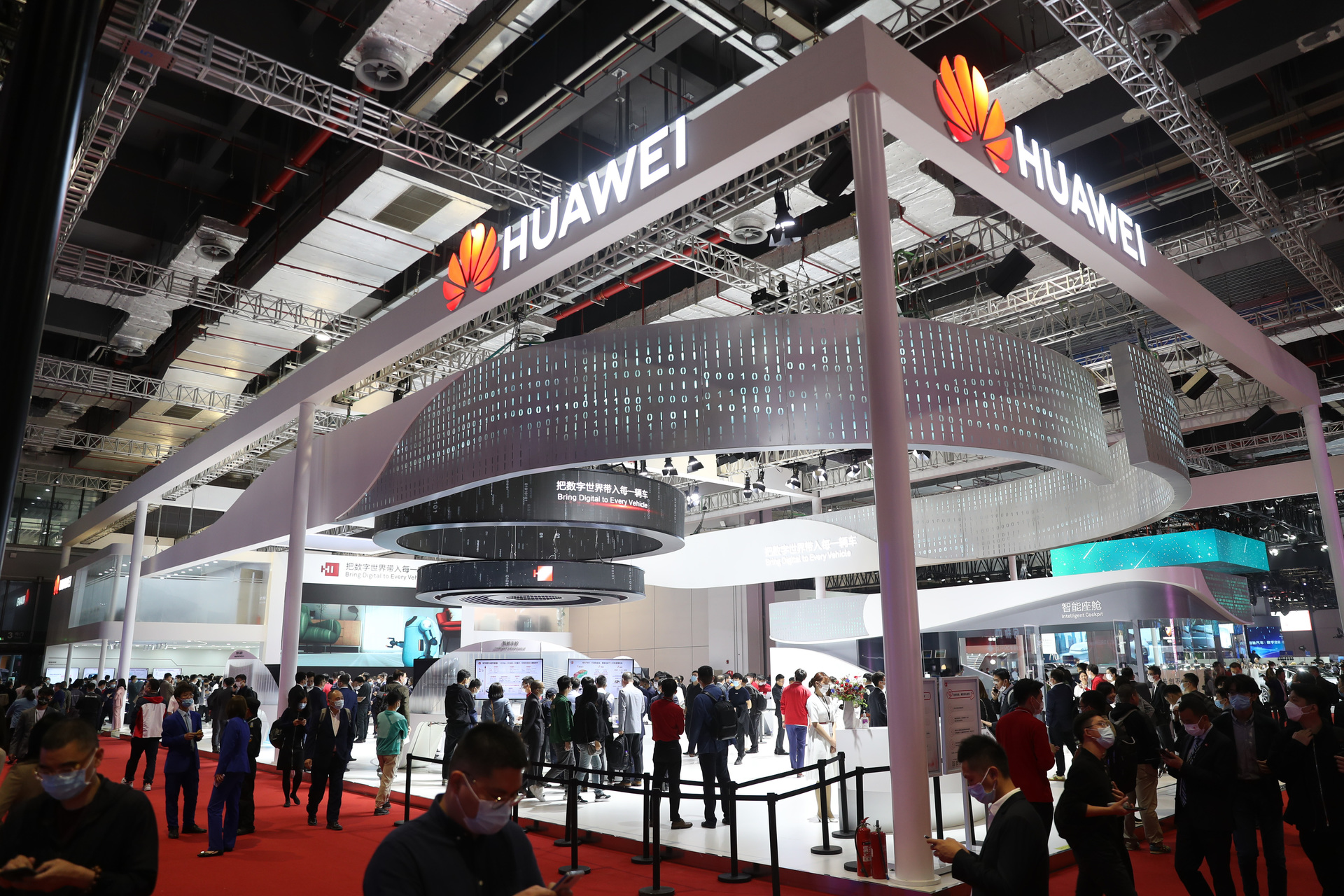 The US National Democratic Institute (NDI) has published a report on the possible implications of 5G technology for developing democracies and human rights.

According to the organization, which is supported by the American government, this topic received little attention earlier, although the impact of breakthrough technologies in democratic countries has already proved to be significant.

Thus, according to the authors of the report, 4G systems have opened a new stage in which this technology has become a tool not only for mobilizing society and informing, but also for spreading disinformation, surveillance, censorship and exploitation by "anti-democratic forces."

Next-generation developments, in turn, can expand these capabilities.

“When implementing any technology on the 5G platform, it is expected to increase the scale and coverage of its democratizing ability to influence the information space, civic participation and human rights.

However, illiberal actors use the same tools to drown out and constrain this space, as well as human rights in developing democracies, ”reads the NDI publication.

The benefits of 5G can also be used to strengthen an authoritarian regime and widespread human rights abuses, the authors argue.

In their opinion, in recent years the world has witnessed "digital repression" by authoritarian states.

We are talking about such phenomena as cyberattacks, social manipulation, disconnection of the Internet, and so on.

American analysts believe that the government-controlled 5G infrastructure can lead to electoral violations and restrict freedom of speech.

Hackers can interfere with the electoral process, since the devices used to vote will also be connected to 5G.

In addition, it is possible that surveillance tools using new technologies will lead to widespread discrimination, and further dissemination of disinformation will undermine people's trust in government agencies and the media.

However, as cybersecurity specialist Andrei Masalovich explained in an interview with RT, the listed challenges are not directly related to 5G.

The fact is that they already exist within 4G.

According to him, new technologies have been created for other tasks - communication between autonomous electronic devices, and for democratic processes this tool in itself does not pose a danger.

Everything that helped or hindered in 4G will also be implemented in 5G.

These systems are distinguished by a completely new set of functions, which has nothing to do with information warfare or with humans, ”he said.

The attention of the authors was also attracted by Russia.

According to the authors, Moscow is already using "traditional methods of surveillance, acting through intimidation and interference."

The Russian authorities allegedly deployed their surveillance tools "from Belarus, Azerbaijan and Ukraine to Nepal, Algeria and Mexico."

"The surveillance by the Russian authorities is based on a special model that uses legal, technical and administrative means to control information and intimidate civil society, as well as Internet and telecommunications service providers," the organization said.

It is worth noting that the report does not provide any factual evidence or references to white papers on this topic.

The only source cited by the authors is a report from the Brookings think tank.

Meanwhile, the NDI stressed that in the field of 5G, Russia is cooperating with the Chinese telecommunications company Huawei.

Recall that in the West, Huawei is accused of "espionage" and restricts cooperation with the company.

Notably, the United States and European states are presented in the report as "defenders of democracy" advocating the development of secure 5G infrastructure.

So, in 2019, the United States banned the supply of Huawei equipment due to security concerns and forced other countries to do the same, according to the publication.

The NDI also called the decision of the administration of US President Joe Biden to allocate $ 100 billion for the development of the broadband network "an important step".

“The new administration of President Biden can play a key role in making the US approach comprehensive, as well as prioritizing the protection of democracy and human rights,” the organization added.

European countries are also striving to become leaders in setting international standards for the use of 5G, the authors say.

The European Union, in particular, “sets an example for the implementation of a comprehensive policy in the field of supervision and regulation”.

"Lay the blame in advance"

According to Vladimir Olenchenko, senior researcher at the Center for European Studies, IMEMO RAS, the accusations against Russia may indicate that the United States itself has observation points around the world.

“It is natural for the American side to bring accusations against other countries, primarily Russia, in those places where it would be possible to make claims against them.

It may turn out that Washington is already actively deploying surveillance posts around the world, and in order to forestall complaints, it is trying to put the blame on others in advance, "he told RT.

Olenchenko noted that the wording "defense of democracy" is often present in documents and statements of the United States, but no one has given Washington such powers.

Other countries are equally interested in a democratic system, but taking into account their interests, and not exclusively American ones.

Note that in May, information appeared in the press that the US National Security Agency (NSA) was monitoring a number of European politicians, including German Chancellor Angela Merkel, President Frank-Walter Steinmeier and other high-ranking officials of Germany, Sweden, France and Norway.

As it turned out, the NSA was using a secret listening station located near Copenhagen.

With its help, agents got access to calls and SMS messages.

In addition, in 2013, it became known that the US special services hacked into postal and telephone networks, wiretapped citizens, including senior officials.

The largest American Internet companies helped them to carry out surveillance.

This information was disclosed by former NSA officer Edward Snowden.

The NDI report also refers to the "influence" of China.

Thus, the authors argue that Beijing is seeking to implement its model of Internet control.

"China is promoting its vision of 'cyber sovereignty' to justify censorship and other repressive digital practices that run counter to the democratic values ​​of an open internet, and now it wants to use international standards bodies to further strengthen its model of internet control," the article explains.

From 2017 to 2019, companies with ties to China applied to the International Telecommunication Union to set surveillance standards and also made proposals for 6G standards.

The US and other countries are lagging far behind, analysts write.

This gives Chinese companies an edge in building 5G applications that use their hardware.

It also gives them greater access to the data stream.

China's policy, which the report calls "digital authoritarianism", is becoming increasingly attractive to other countries and, if proliferated, may "threaten" activists and journalists working to create a "democratic society," the NDI concluded.

Washington's attitude towards Chinese companies is an example of unfair competition, says Yuri Rogulyov, director of the Franklin Roosevelt Foundation for the Study of the United States at Moscow State University.

Declaring "threats" from the PRC, the United States is trying to strengthen its position in the market.

“The US is seeking to supplant the products of China, which previously held a leading position in the development of equipment for 5G.

To do this, they have imposed sanctions on Huawei and are putting pressure on other countries, ”he said.

Vladimir Olenchenko, in turn, added that the products of Chinese companies are more efficient and cheaper.

In this regard, the United States has to use political methods, forcing its allies to abandon it.

“The Americans are solving several problems.

Commercial - to secure income from the deployment of 5G networks, to anticipate potential competitors.

The political one is to create a network for total surveillance, first of all, for their allies, because the Americans are afraid that their partners will switch to independent thinking and will not get the chestnuts out of the fire for the United States with their own hands, ”Olenchenko summed up.

The National Democratic Institute for International Affairs (NDI) is an organization whose activities are recognized as undesirable on the territory of the Russian Federation by the decision of the General Prosecutor's Office of 03/10/2016.