Severe drought turns Kazakh steppe into a cemetery for horses

Dead horses are scattered across the steppes of Mangistau in southwestern Kazakhstan after the region was hit by extreme heat and severe drought. - Since the drought began, 20 of my horses have died, says horse owner Gabidolla Kalynbayuly. 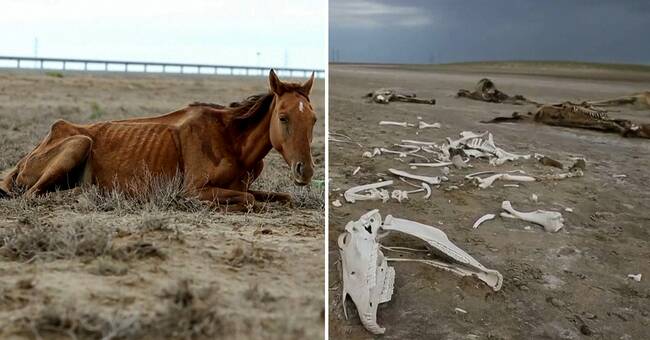 Horse meat and fermented horse milk are basic commodities in Kazakhstan and horse breeding is a traditional job in the Mangistau region.

Many farmers are now worried about their animals.

- If the authorities gave me water every day, or at least a couple of times a week, I would have the opportunity to take care of the animals, says Gabidolla Kalynbayuly whose horses are now very weakened.

According to climate scientists, the average temperature in Kazakhstan is rising by 0.3 degrees every decade.

And in addition to global warming, water levels in the Caspian Sea are also threatening ever lower levels.

- The sea has not reached its maximum levels in over a hundred years, says Orynbasar Togzhanov, climate researcher.