L1: Paris and Lyon to start well, the new OM to the test Paris (AFP) And here is Ligue 1 again! Parisians and Lyonnais will try to get their championship off to a good start on Saturday, against Troyes and Brest respectively, while OM and their recruits will assess each other on Sunday in Montpellier, the day the champion Lille enters the competition in Metz. - The poster: Troyes-PSG, City Group against QSI - It is a poster between a promoted and a E 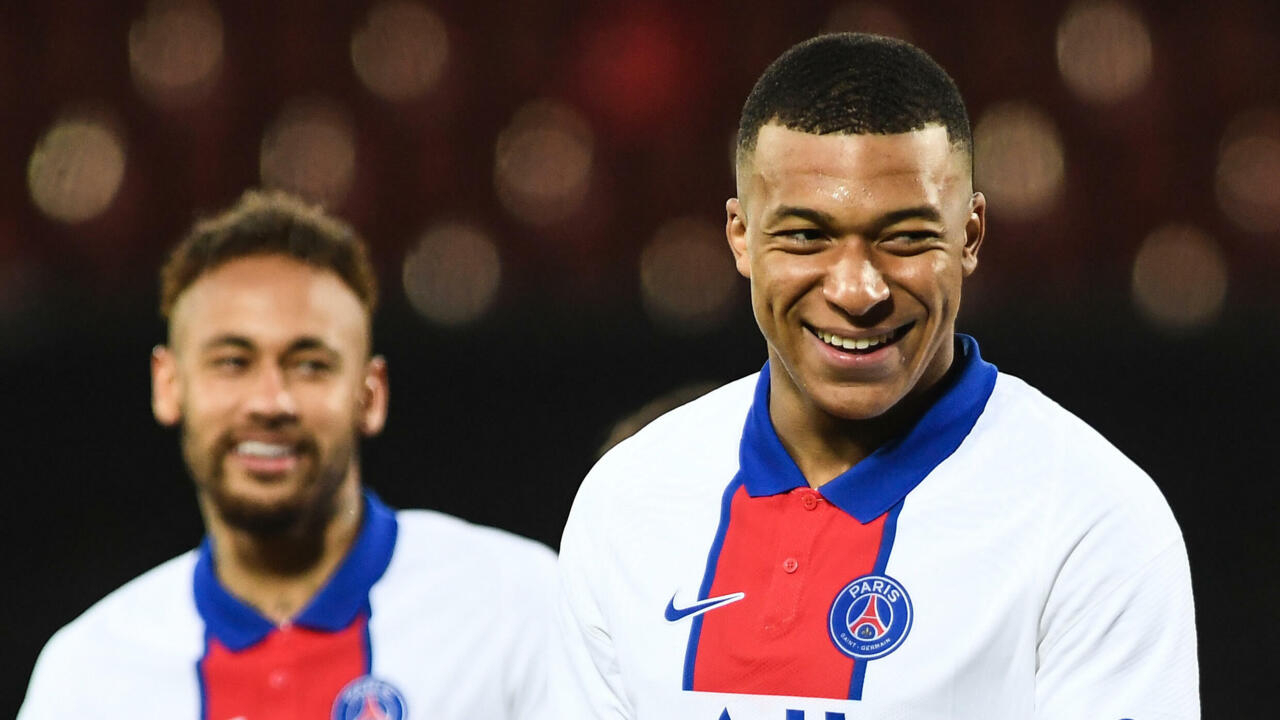 And here is Ligue 1 again!

Parisians and Lyonnais will try to get their championship off to a good start on Saturday, against Troyes and Brest respectively, while OM and their recruits will assess each other on Sunday in Montpellier, the day the champion Lille enters the competition in Metz.

It is a poster between a promoted and a European giant, but there are many other issues on Saturday (9:00 p.m.) between Estac and PSG, respective properties of the powerful Emirati City Football Group and the Qatari fund QSI.

Entered in 2020 in the constellation of clubs of which Manchester City is the main star, Troyes is no doubt eager to challenge PSG for this new avatar of the diplomatic-sporting battle between the United Arab Emirates and Qatar.

The joy of the Trojan striker Dylan Saint-Louis (c), after his goal scored against Dunkirk, during their L1 match, May 8, 2021 at the Stade de l'Aube FRANCOIS NASCIMBENI AFP / Archives

Especially since PSG, defeated by Manchester City in the semi-final of the Champions League in the spring and then dethroned in Ligue 1 by Lille, started their season badly, also losing the Champions Trophy against Lille last Sunday (1-0 ).

But Paris SG remains an unrivaled armada in L1 and Kylian Mbappé, who is due to resume Saturday after a disappointing summer with the Blues, is no doubt eager to do battle while his contractual situation is still not resolved (end contract in June 2022) and that there is talk of a possible arrival of superstar Lionel Messi in Paris ...

- The shock: Rennes-Lens, an ambitious duel -

From the outset, Ligue 1 offers Sunday a duel between candidates for European places.

Stade Rennes, the first French club to enter the new Europa Conference League, welcomes RC Lens, which it had preceded for European qualification at the very end of last season.

The Bretons, who will have to reorganize their eleven-type after the departures of executives like central defender Damien Da Silva and midfielder Steven Nzonzi, will bet on the youth.

They will be able to count on the 21-year-old central defender Loïc Badé, defector from RC Lens, who will face his former club for his first official match in his new colors.

To repeat this performance would be a nice way to start the "season of confirmation", deemed more difficult for the promoted having managed to stay.

The 24-year-old Brazilian midfielder, a flagship rookie of the Marseille offseason, is eagerly awaited by fans and could well be one of the attractions of the championship.

Arrived from Flamengo for a transfer estimated at 25 million euros, which places him among the three most expensive recruits in the history of OM with Dimitri Payet and Kevin Strootman, this torchbearer made a strong impression during the preparation matches .

The Brazilian midfielder of Marseille, Gerson, during the friendly match against Villareal, on July 31, 2021 at the Stade Vélodrome Christophe SIMON AFP / Archives

In Montpellier on Sunday at 8:45 pm, he will have the opportunity to begin to justify the hopes placed in him, on a ground where OM have not won since February 2016. In front of him, he will find Montpellierers who have registered the reinforcement from a well-known Ligue 1 head: central defender Mamadou Sakho, 31, former PSG and Liverpool.

You have to go back to 18 years, almost to the day, to find traces of a Lyon defeat on the first day of the championship.

On August 1, 2003, the Lyonnais, then reigning French champions, bowed against Losc on a goal from Jean II Makoun.

Since then, no more inaugural defeats on the clock while OL receives Brest on Saturday at 5:00 p.m.

For Paris SG, the results are also very good since the last defeat on the first day dates back to August 6, 2011. The capital club, then coached by Antoine Kombouaré and just bought by QSI, lost 1-0 to Lorient, on a goal from Julien Quercia.

Paris has not lost since to start a championship that it has won seven times over the last ten years.

The capital club even started the season with a victory every summer since the 2014-2015 season and a 2-2 draw conceded against Reims.

The promoted Trojans are warned ...

Program of the 1st day of Ligue 1