JO-2020 - Hand: Karabatic, Abalo, Guigou, the Olympic farewell of three legends Paris (AFP) Three legends of French handball and sport, Nikola Karabatic, Luc Abalo and Michaël Guigou, (in principle) bid farewell to the Olympic Games in the final won against Denmark on Saturday in Tokyo. Mini-portraits of these exceptional champions: . Nikola Karabatic, leader of a generation A tireless fighter, he was the technical and mental leader of Experts for nearly twenty years. His 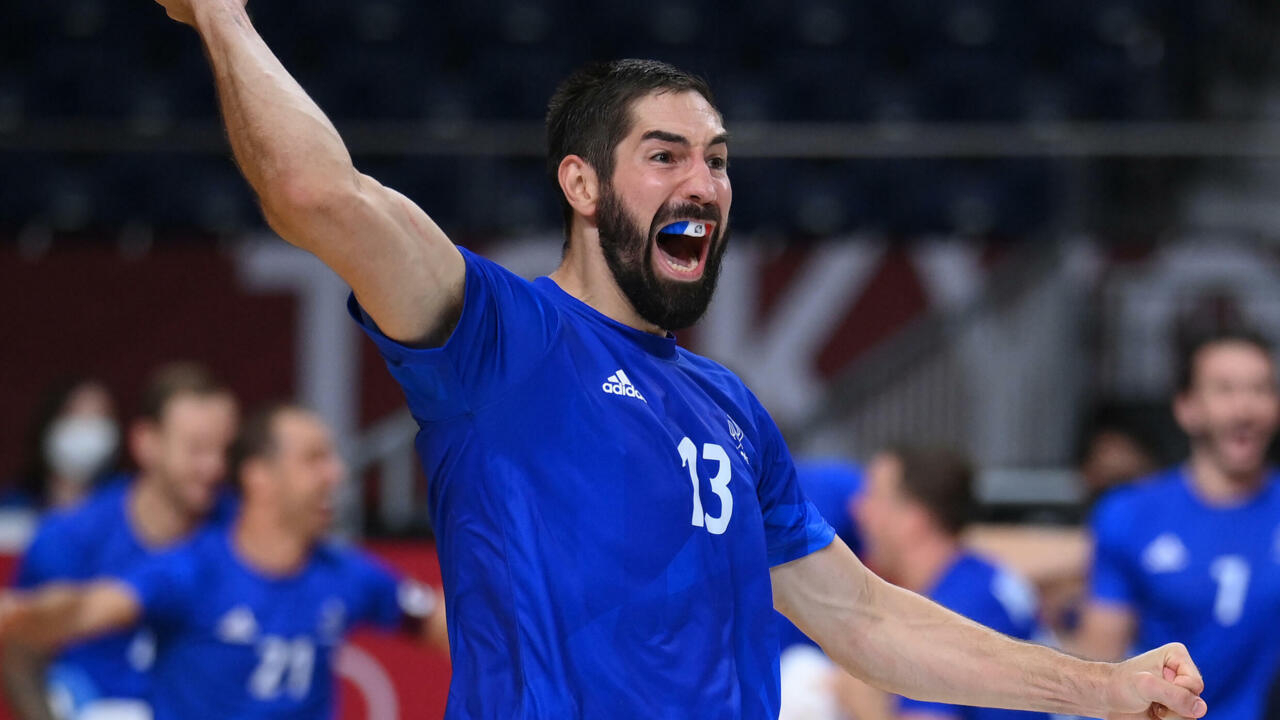 Three legends of French handball and sport, Nikola Karabatic, Luc Abalo and Michaël Guigou, (in principle) bid farewell to the Olympic Games in the final won against Denmark on Saturday in Tokyo.

Mini-portraits of these exceptional champions:

Nikola Karabatic, leader of a generation

A tireless fighter, he was the technical and mental leader of Experts for nearly twenty years.

His record is colossal: triple Olympic champion, quadruple world champion, triple European champion, like Guigou (he misses a world title in Abalo who was injured in 2015).

The French Nikola Karabatic tries a shot despite the Danish defense, during their final, August 7, 2021 at the Tokyo 2020 Olympic Games Franck FIFE AFP

Affable, modest and intelligent, he carried the image of handball wonderfully until the betting affair in 2012 cast a shadow on his reputation.

With a dozen players from Montpellier, he was accused of betting against his own team on a rigged match (in which he did not participate himself).

He always proclaimed his innocence, outraged that "he could be taken for a cheater", but was sentenced to a suspended sentence and a fine.

Forced to leave Montpellier, his city, he went back to work with the same exemplary behavior instilled by his father Branko, a Croatian goalkeeper who came to settle in Strasbourg, just after the birth of Nikola in Nis, Serbia, country of his mother, in 1984. Benefiting from the unwavering confidence of Claude Onesta, then coach, he continued to accumulate titles with the French team and in club.

The Karabatic brothers, Nikola and Luka, arrive at the Montpellier court on November 24, 2016 to be heard in a betting case against his own team on a match-fixing PASCAL GUYOT AFP / Archives

A phenomenon of precocity, he won the Champions League for the first time at 19 with Montpellier. He will also lift it with the Germans in Kiel where he had his peak between 2006 and 2010. The half-center then dominated Europe thanks to his formidable power (1.96 m, 106 kg), his penetrating force and also to his qualities as a defender, in a style which was "perhaps not the most elegant of international handball but surely the most effective, by far," according to Onesta.

After the betting affair, he played briefly in Aix-en-Provence, then in Barcelona where he won the Champions League again, and finally in Paris SG funded by Qatar.

With his brother Luka, he brought his total of French league titles to thirteen, a record, but failed on the European stage.

At 37, he remains engaged with PSG until 2022 and has not announced his international retirement (324 selections).

The joy of the French Nikola Karabatic, winner with Barcelona of the Champions League against the Hungarian club Veszprem, May 31, 2015 in Cologne PATRIK STOLLARZ AFP / Archives

Specialist in spectacular gestures on the field and passionate about painting outside, "Lucho" was the artist of handball.

In fifteen years and more than 289 selections, the right winger has scored more than 850 goals in blue (without taking the penalties), in often acrobatic positions authorized by his elastic body, his formidable relaxation and the speed of his left arm. .

Abalo has always defended the need for "a part of magic and beauty" in his sport by inventing gestures according to his inspiration.

"He does things other people couldn't even imagine," Onesta said.

Luc Abalo was born in 1984 into a family of Togolese and Ghanaian origin in Ivry-sur-Seine.

Champion of France with the club from his hometown, he had his best years in Spain, in Ciudad Real, with which he would win the Champions League in 2009. Very attached to his family, he returned after four seasons in France not at Ivry but just next door, at Paris Saint-Germain.

He added six French league titles before playing a last season in Norway at Elverum.

An artist with a ball in hand, he is also an artist outside of sport.

Now retired at 36, he will be able to devote himself to painting, a great passion which allowed him "to think of something other than hand" during his career.

A discreet nature with an anti-star profile, this Provençal held the left wing of Experts for more than a decade (2006-2017) before becoming its captain for a fifth Olympic adventure in Tokyo.

Esthete of the game with the physique of Mr. Everyone (1.79 m), he found the perfect balance between efficiency and beautiful gesture.

"He is the strongest player in terms of handball that I have coached", does not hesitate to say coach Patrice Canayer, who trained him in Montpellier.

The captain of the France team, Michael Guigou, during the handball final against Denmark, on August 7, 2021 at the Tokyo 2020 Olympic Games Fabrice COFFRINI AFP

With this club, the prodigy won two Champions Leagues at the end of his career, the first in 2003 by scoring ten goals in the return final, including one thanks to a back shot in suspension that all handball lovers know, and the second in 2018.

Michaël Guigou lifts the Champions League trophy, after Montpellier's victory against Nantes in the final, May 27, 2018 in Cologne Patrik STOLLARZ AFP / Archives

With the Blues, Guigou has been in all the campaigns.

He has scored more than a thousand goals in 307 caps.

With a temperate character, he remained faithful to the MHB for a very long time.

To preserve his balance of life, he refused several offers from abroad, including one from Ciudad Real whose president had traveled by helicopter to the Hérault to convince him!

Remained completely away from the betting affair, he rowed to restore the tarnished image of the MHB, before being dismissed and ending his career with neighbor Nîmes, where at 39 he had one year left. of contract.