France: new mobilization against the health pass and compulsory vaccination

In France, opponents of the health pass and the compulsory vaccination of caregivers demonstrate again this Saturday for the fourth weekend of mobilization in Paris and in more than a hundred ... 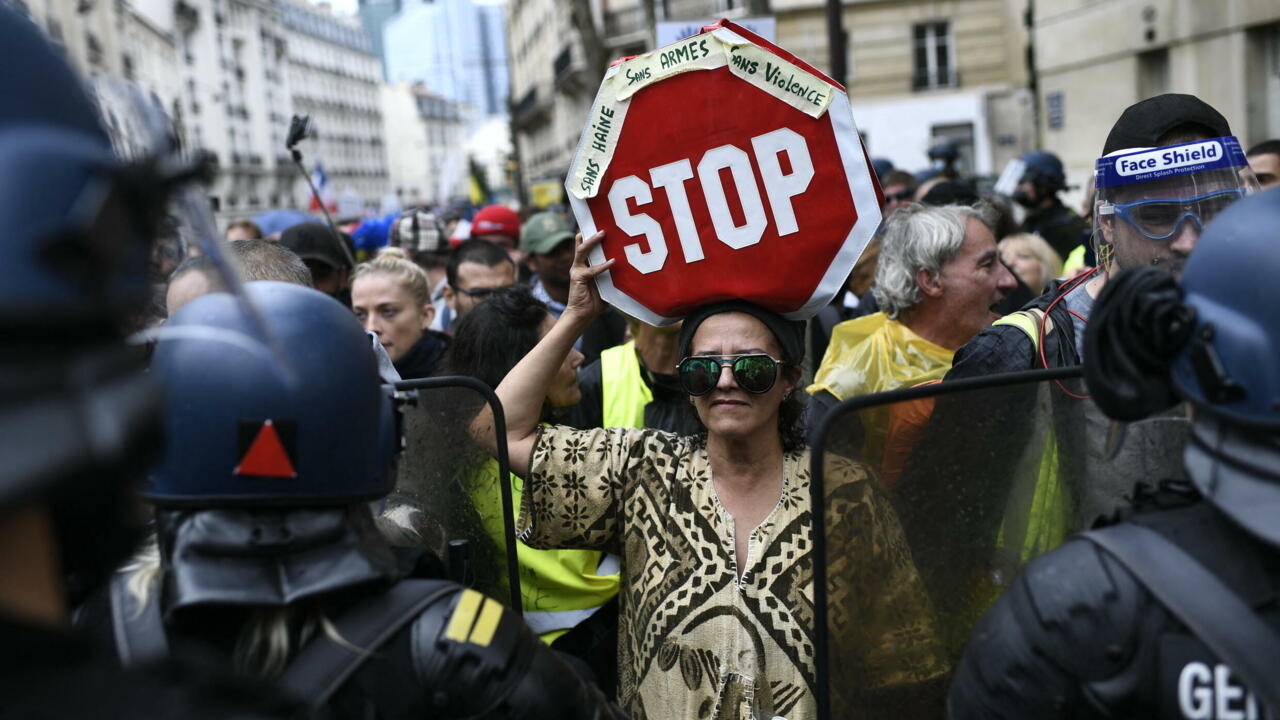 France: new mobilization against the health pass and compulsory vaccination

New demonstration against the health pass and compulsory vaccination of caregivers, Saturday August 7 in Paris.

In France, opponents of the health pass and the compulsory vaccination of caregivers demonstrate again this Saturday for the fourth weekend of mobilization in Paris and in more than a hundred cities.

More than four processions were expected in the capital this Saturday and the mobilization will be scrutinized by the authorities even if the weather - gloomy - and the trough of summer do not plead for a strong participation.

The prefecture of police counted Friday on 10 000 participants and the first procession started from the Pont de Neuilly at midday, destination the center of Paris. A composite procession joined by people demonstrating for the first time against the strengthening of the sanitary pass, reports our special correspondent,

. The hope of the demonstrators to obtain the abandonment of the law was however somewhat

dampened by the Constitutional Council

, which gave the green light Thursday to the extension of the pass, as a whole, with two provisions near. "

The Constitutional Council opinion acted as an electric shock,

There I no longer have a choice, I have to take to the streets for my opinion to be heard

See you in September?

And some marchers like André, vaccinated and retired from the public service, do not despair of making the government move.

André, who has had his two doses of vaccine, explains that he hopes for an increase in mobilization in September

probably not in the middle of August, but at the start of the school year, when the entry into force of the health pass has produced its first concrete consequences on the lives of the French, the anger will grow

The demonstrators met in addition to Paris (where they were 200,000 last weekend), in Marseille in the south-east of the country where the South union and firefighters were to join the mobilization.

In the north of France, in Cambrai, restaurateurs and gym managers have chosen another means of expression.

They will let the curtain drop for a dead city day.

Nearly 66% of French people have received a first dose of anti-Covid vaccine but faced with an announced fourth wave, a consequence of the progression of the Delta variant, the government maintains its calls for vaccination, reinforced by the verdict of the Constitutional Council in the middle week.

A council which, with two exceptions, validated the government measures.

But the figures linked to the pandemic keep increasing ... In hospitals, the 4th wave is being felt and the patients admitted are increasingly young ...