"Trunk trend": how the use of robotic weapons is improving in Russia

The Russian Defense Ministry will continue to develop a system for training specialists in the management and maintenance of UAVs and robotic complexes (RTK), said the head of the Russian military department Sergei Shoigu. According to him, these types of military equipment, especially drones, have become "a very big threat to the enemy." Earlier, the head of the Military Academy of the General Staff of the RF Armed Forces, Vladimir Zarudnitsky, said that the use of robotic systems, along with other types of weapons, makes it possible to gain superiority over the enemy. Experts note that the Russian army is actively working to improve the capabilities of unmanned vehicles and the tactics of their use. 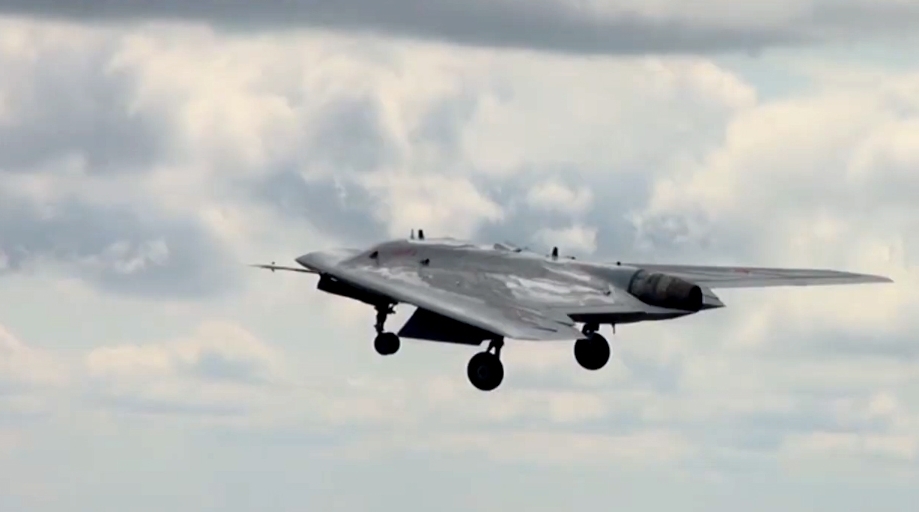 During a meeting with the staff of the Krasnoyarsk Machine-Building Plant, Defense Minister Sergei Shoigu stated the need to continue improving the training program for specialists in the use of UAVs and robotic systems (RTK).

During this time, drones have become a serious force, a very big threat to the enemy.

And of course, here we need other knowledge, new specialists - both for maintenance, repair, and for working on this equipment, ”the press service of the military department quotes Shoigu.

Shoigu noted that recently "there have appeared combat robots, which ten years ago could only be seen in the movies."

Serious progress has been made in the field of unmanned aircraft, he stated.

There are many different ones.

Drones have appeared that operate not at a distance of 200-300 kilometers, but thousands of kilometers.

They are equipped with weapons operating at a distance of 500 kilometers, and there are more, ”Shoigu said.

According to the Minister of Defense, in connection with the widespread use of unmanned vehicles in the theater of operations in the Armed Forces of the Russian Federation, the training programs of absolutely all army specialties have been adjusted.

In addition, more than 300 new programs have appeared related to the operation of UAVs and RTKs.

And of course, taking into account the large-scale and very rapid development of digitalization, programs related to the emergence of artificial intelligence, we are making adjustments to our curricula, training new specialists, ”Shoigu stressed.

According to experts, the RF Ministry of Defense is really paying close attention to the development of a system for training specialists in the management and use of autonomous complexes.

The need for such military personnel will increase due to the saturation of the troops with the latest unmanned and robotic products and the complication of their electronic filling, the head of the Bureau of Military-Political Analysis, Alexander Mikhailov, predicted in an interview with RT.

“Now, in connection with the large-scale equipping of drones and robots, servicemen are undergoing retraining courses, many knowledge is also acquired during operation.

While the troops have equipment that is not very difficult to control and which is easy to repair, but progress does not stand still.

The complexes are becoming more complex, the tactics of their use are changing, and the demand for more qualified personnel will increase, "Mikhailov says.

According to him, in recent years, there has been a serious transformation of the system of higher military education.

Gagarin, the faculty of unmanned aviation was established.

“The unmanned aviation faculty, created in 2015, is young and promising at the Air Force Academy.

It has two departments: ground systems of air reconnaissance complexes;

robotic complexes and airborne systems ”, - says the materials of the university.

The faculty trains highly qualified officers who can command units equipped with UAVs and decipher intelligence.

The faculty has a modern educational and material base.

To ensure flight training, a training squad has been formed at the academy, which is equipped with several types of UAVs: "Forpost", "Orlan-10", "Leer-3", "Granat-4".

In the near future, cadets will be able to substantively study the capabilities of heavy drones "Forpost-R", "Orion", "Altius" and "Hunter".

In addition to the field of military education, the Ministry of Defense is working to improve the tactics of using unmanned systems.

Thus, in the August issue of the Voennaya Mysl magazine, under the authorship of three colonels, an article was published on new methods of using electronic reconnaissance drones during combat operations in the tactical zone.

For example, the military said that the Orlan-10 drone, which is widespread in motorized rifle brigades of the RF Armed Forces, at the stage of analyzing the electronic situation, reveals "no more than 60% of objects subject to fire damage."

According to the authors, the current methods of using this UAV do not fully realize the potential of its electronic equipment.

To improve the efficiency and accuracy of determining the coordinates, the authors of the material suggest loitering along a trajectory in the form of a flat closed curve, having the form of a "figure" and consisting of arcs of the same radius.

“Accordingly, the implementation of this method, according to preliminary estimates, will increase the opening time and the accuracy of determining the coordinates of the military air defense radar by 20-30%, which will bring the probability of their destruction to 0.8-0.85,” the Russian military believe.

For more effective opening of field artillery radars (radars), the authors consider it important to program the drone to fly along a spiral trajectory, which improves the operation of the direction finder receiver.

Together with the UAV, the colonels propose to use the Metel and Metelitsa radio suppression systems, as well as the Tactic-PV and Wolfram special program impact devices.

In this case, according to officers' estimates, the efficiency and accuracy of opening the coordinates of field artillery radars increases by 20-30%.

In the same issue of Voennaya Mysl, an article was published by Colonel-General Vladimir Zarudnitsky, chief of the Military Academy of the General Staff of the RF Armed Forces, which states that complexes with UAVs and robotic attack products have become the most important components of "gaining superiority over the enemy."

According to the commander, these types of military equipment are objects of integration of artificial intelligence (AI) technologies, which significantly increase the effectiveness of their use in theaters of war.

Such a technique is able to independently determine the ways to achieve the set goal and "create a threat to the systems of covering critical objects."

According to Zarudnitsky, in the future, drones will be able to take a larger part in peacekeeping and combat operations, up to the destruction of enemy air strike groups.

This requires drones that are capable of long-range flights and cover large areas in order to control the situation.

"There are already some developments in this regard, in particular, soon the Russian Armed Forces will receive a promising twin-engine reconnaissance and strike UAV" Altius "with a long flight duration," Zarudnitsky said.

Alexander Mikhailov notes that the prospects for large-scale use of robotic systems were most clearly demonstrated by the six-week conflict in Nagorno-Karabakh and the Syrian operation.

“The future, of course, belongs to unmanned vehicles.

And in the post-conflict period, as we see from the example of Syria and Karabakh, demining is of great importance.

A large amount of work is now being performed by RTKs of engineering troops like Uran-6, Mikhailov said.

To date, the expert called the lack of development of artificial intelligence technologies the main obstacle to the development of autonomous ground and air-based systems.

However, according to Mikhailov, many problems will be solved by Russian specialists in the medium term.

In his opinion, a lot of difficulties will disappear from the agenda due to progress in the field of automated control systems (ACS).

It is known that a number of large projects are being implemented in this area in Russia.

In particular, specialists of the military innovative technopolis "Era", together with the engineers of the Penza JSC "Radiozavod", are developing an automated control system for managing a group of mixed RTKs.

Currently, a stand has been created that allows you to work out control algorithms for unmanned vehicles.

In an interview with RT, Sergey Denisentsev, an expert at the Center for Analysis of Strategies and Technologies, linked further progress in the field of autonomous complexes with the improvement of software, vision systems and pattern recognition.

From the point of view of an expert, the introduction of such the latest developments will allow the car to choose the optimal routes of movement, independently maneuver, and respond to changes in the environment.

At the same time, the decision to open fire for ethical reasons will remain with the person, Denisentsev suggested.

“The robotization of the battlefield is the main trend of the armed forces of the leading states, which is dictated by scientific and technological progress and the desire to minimize the losses of servicemen in hostilities as much as possible,” Denisentsev emphasized.