The government is working to build an organized army..a plan to remove mercenaries from Libya and UN proposals for the elections

Libyan Prime Minister Abdel Hamid al-Diba stressed the importance of building a civil state with an organized army. While the UN mission prepared proposals for the elections, the US ambassador spoke of a plan to get the mercenaries out of the country. 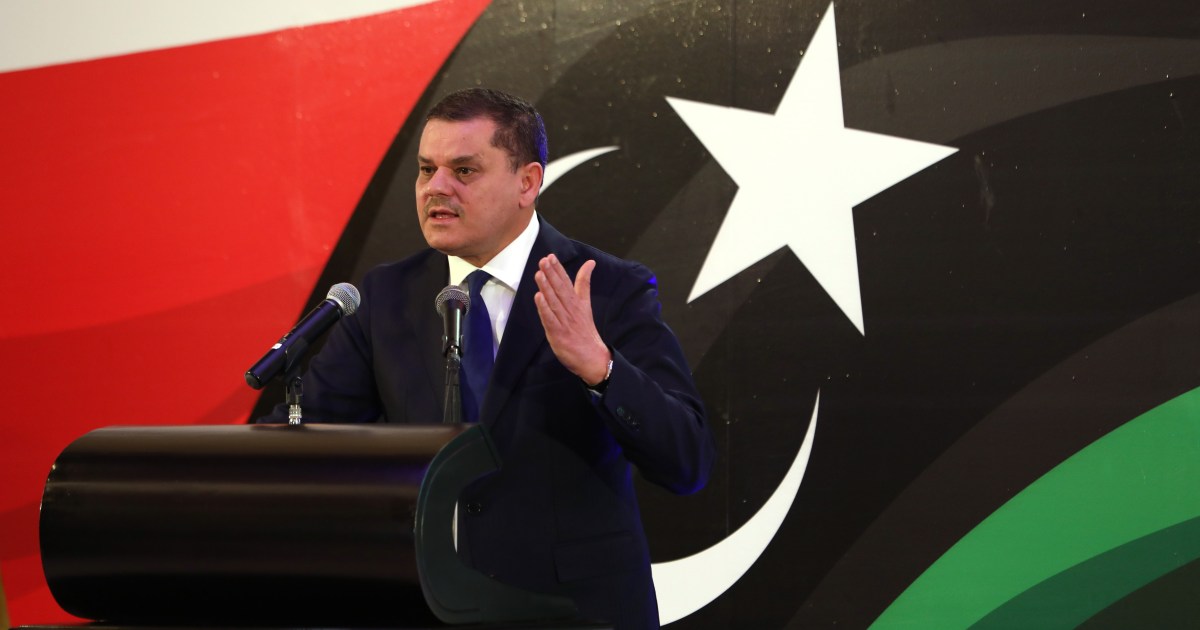 While the UN mission prepared proposals for the elections, the US ambassador spoke of a plan to get the mercenaries out of the country.

This came in a speech by Dabaiba, during a ceremony at the headquarters of the Tripoli Military Region, in the presence of the Minister of Interior, the Army Chief of Staff, and a number of army leaders and soldiers.

The Prime Minister said that the security and stability of Libya is a goal that no one will allow to tamper with.

For its part, the United Nations Support Mission in Libya invited the members of the Political Dialogue Forum to a virtual session next Wednesday.

A source from the forum's members told Al Jazeera that the mission will present 4 proposals regarding the constitutional base on which the December elections will be held.

The forum will also discuss the voting mechanism for choosing one of the proposed rules.

The first proposal calls for holding simultaneous presidential and parliamentary elections, without conditions for candidacy.

The second proposal is to hold simultaneous presidential and parliamentary elections with conditions.

As for the fourth proposal, it is the elections of a two-chamber legislative body that chooses the president in a joint session on the basis of the constitutional rule.

For his part, the US ambassador to Libya, Richard Norland, said that the Libyans are now developing a plan for the departure of foreign fighters from the country and that the United States is seeking to contribute to that vision.

During an interview with Al Jazeera Mubasher, Norland explained that Washington is making diplomatic efforts to reach diplomatic solutions to the situation in Libya.

Norland said the United States was working with Turkey and Russia to ensure the exit of Syrian fighters from Libya.

He added that Washington calls on all international actors in Libya to ensure the exit of foreign fighters from the country, pointing to the difficulty of the matter.

In a related context, the US ambassador said that retired Major General Khalifa Haftar can contribute to the unification of the Libyan army in the country, while refusing to comment on the lawsuits that Haftar faces in the United States.