The fighting youth of the "post-95" armed police: from soldiers on duty to special warfare knives

China News Service, Huzhou, August 6 (Shi Zinan, Zhao Xudong) In Huzhou, Zhejiang in August, the scorching sun roasted the training ground into a steamer, dripping sweat on the ground, as if sizzling noises could be heard.   On the shooting range of the Huzhou Detachment of the Zhejiang Armed Police Corps (hereinafter referred to as "Huzhou Detachment"), a heavy firearms platoon of the mobile s 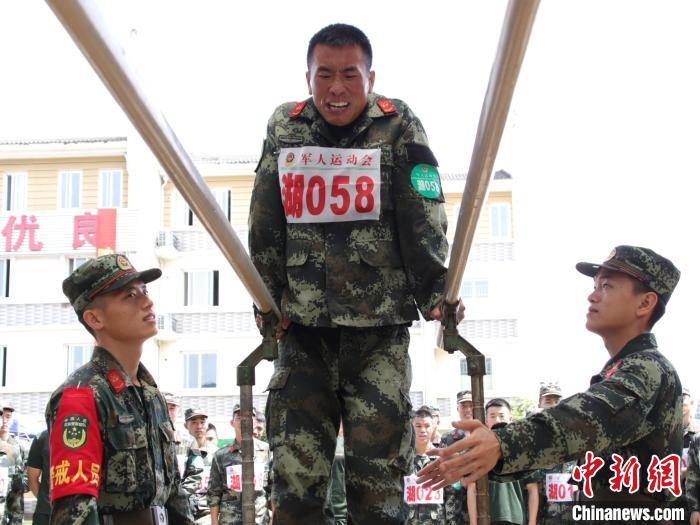 China News Service, Huzhou, August 6 (Shi Zinan, Zhao Xudong) In Huzhou, Zhejiang in August, the scorching sun roasted the training ground into a steamer, dripping sweat on the ground, as if sizzling noises could be heard.

On the shooting range of the Huzhou Detachment of the Zhejiang Armed Police Corps (hereinafter referred to as "Huzhou Detachment"), a heavy firearms platoon of the mobile squadron, Cao Linlin, was training with a gun.

I saw him staring at the sight of the front sight, trying to control his arm, motionless, with big beads of sweat under his helmet.

"Only by sweating more on the training field, can we bleed less on the battlefield in the future. We are a'blade' that fell from the sky and penetrated into the enemy's heart." This is a saying that Cao Linlin often said during training.

In recent years, he has participated in the military competitions of the Zhejiang Armed Police Corps and Huzhou Detachment on many occasions, ranking among the best. He has been awarded the "Extreme Training Warrior Medal" for two consecutive years and won the third-class personal merit once. Tiger".

Photo by Cao Linlin and Zhao Xudong in the game

Behind the glory is suffering, perseverance and persistence.

In July 1996, Cao Linlin was born in a rural family in Xinyi City, Xuzhou City, Jiangsu Province. He liked "dancing knives and guns" since he was a child. When he grew up, he became fascinated by military TV dramas.

Encouraged by the idols on the screen, he joined the army in 2015, preparing to realize his dream of special warfare.

Ideals are full, but reality is cruel.

The three months of the recruit company made Cao Linlin very embarrassed: he couldn't go up the horizontal bar, failed the 3000-meter run, and after several physical fitness tests, his total score was in the bottom... An ordinary soldier.

Here, without the rain of bullets in the movie, there are more watchtowers guarded day and night.

Carrying a gun, but can't fight.

Facing the huge gap between reality and dreams, Cao Linlin could only silently tell himself, “If the heart is there and the dream is there, as a child growing up in the countryside, there is no need for a hard-hearted heart for everything.” He secretly made up his mind. It is necessary to use both hands to create a special combat route.

Since then, he can always be seen on the training ground.

Looking at Cao Linlin, who was suffocating in his heart, his comrades called him "Cao San Mad".

It was precisely with this strength that Cao Linlin's military quality improved by leaps and bounds, and he quickly became the leader among his fellow comrades.

In 2017, the staffing of the Huzhou Detachment was adjusted. He was transferred to the mobile squadron with outstanding performance and excellent military skills, and participated in the training of the reserve special forces of the squadron that year.

In the days of the training team, Cao Linlin insisted on doing his best in every subject, and he was rated as excellent at the end of the assessment.

After 2 years of perseverance and 3 months of training, he finally realized the magnificent transformation from a soldier on duty to a pioneer in special warfare.

In this year's Huzhou Detachment's record-breaking competition and the Military Games, Cao Linlin broke two records of the Detachment, one record for the squad, and won his third-class merit.

"If you want to experience the joy of harvest, you have to endure the hardships of the process." Recalling the scene at that time, Cao Linlin's eyes were full of light.

And then, he will continue to chase glory, live for war, and move forward for dreams.