Ever since the Greek city-states established the Olympic Truce, the Olympic Games have become an important opportunity for diplomacy. South Korea made a diplomatic breakthrough in 2018 during the Winter Olympics in the South Korean city of Pyeongchang, by getting North Korea to participate. 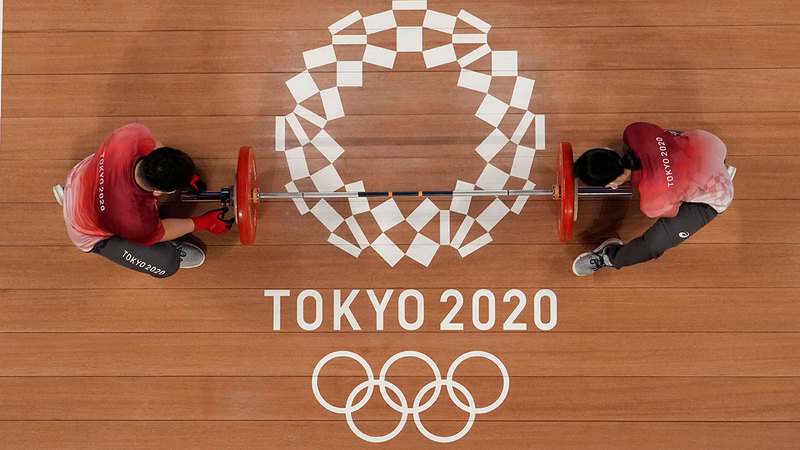 It is an indication of Tokyo's failure to use diplomacy

Ever since the Greek city-states established the Olympic Truce, the Olympic Games have become an important opportunity for diplomacy.

South Korea made a diplomatic breakthrough in 2018 during the Winter Olympics in the South Korean city of Pyeongchang, by pushing North Korea to participate in the games, which defused a potential war and paved the way for a series of summits between the then South Korean president, Moon Jae-in and North Korean President Kim Jong Un.

But there will be no such diplomatic breakthrough at the Tokyo Olympics. After negotiations for a possible visit, Moon refused to attend the Games after being taunted by a senior Japanese diplomat.

This mistake is not just a missed opportunity to improve the relationship that has reached rock bottom, but rather an indication of the Japanese government's failure to use diplomacy with its closest neighbor, with which it shares a democratic system.

The crisis between the two countries began in October 2018, when the Seoul High Court ordered Japanese companies to pay compensation to elderly South Koreans who were enslaved during World War II, when South Korea was a Japanese colony. Japan responded by imposing export controls on sensitive materials that are used in advanced technologies, which led to a diplomatic crisis between the two countries, which is still raging until now. Seoul has threatened to stop intelligence cooperation with Tokyo. The United States intervened to prevent things from deteriorating further between the two countries. After about two years, the situation is still the same.

Japanese Prime Minister Yoshihide Suga has not met Moon since Suga became prime minister in September 2020. At the G7 summit in Cornwall in the UK, the two failed to hold a summit.

The two countries tried to hold a summit between their leaders during the Olympic Games in Tokyo, when Moon attended the opening ceremony, but that did not happen due to differences between the two parties.

Then came the final straw, when the chief diplomat at the Japanese embassy in Seoul, Hirohisa Soma, insulted Moon and told a South Korean journalist that Tokyo was not very interested in relations with Seoul.

Soma's comments indicate the extent of the confusion that Japan is experiencing in its relations with South Korea, especially in light of the importance of the semiconductor trade, which is considered one of the most important industries in the world today, and is produced only in two countries, one of which is South Korea.

When this confidence ended, Korean companies replaced Japanese products with locally made ones, in addition to benefiting from suppliers from the United States, Taiwan, and China.

It can largely dispense with Japanese companies.

Although the United States is working to join forces and cooperate with Japan and South Korea in the face of the rise of China, the moves taken by Japan are contrary to Washington's efforts.

And Japan is not responsible for the Corona pandemic, which spoiled the plans to launch the Olympic Games.

But it is not unfair to say that Japan's failure to take advantage of the Olympics to improve its relationship with South Korea is a valuable opportunity that Tokyo has squandered, especially since Suga will not remain in office for long given that the general election will be in October.

Accordingly, waiting will do nothing for Japan's position, as its trade war has failed to create any influence over South Korea.

Meanwhile, while the United States focuses on trilateral cooperation with Tokyo and Seoul, Tokyo's obsession with avoiding admitting its mistake in World War II makes it seem ridiculous.

The most right thing for Japan to do, strategically and morally, has always been clear: recognize its legacy in World War II, pay reparations, and establish a forward-looking relationship with its closest democratic neighbor.

Soma's comments are indicative of how confused Japan is in its relations with South Korea.

Although the United States is working to join forces and cooperate with Japan and South Korea in the face of the rise of China, Japan's moves are counterproductive to Washington's efforts.

Nathan Park ■ Lawyer at the Sejong Institute in Washington.