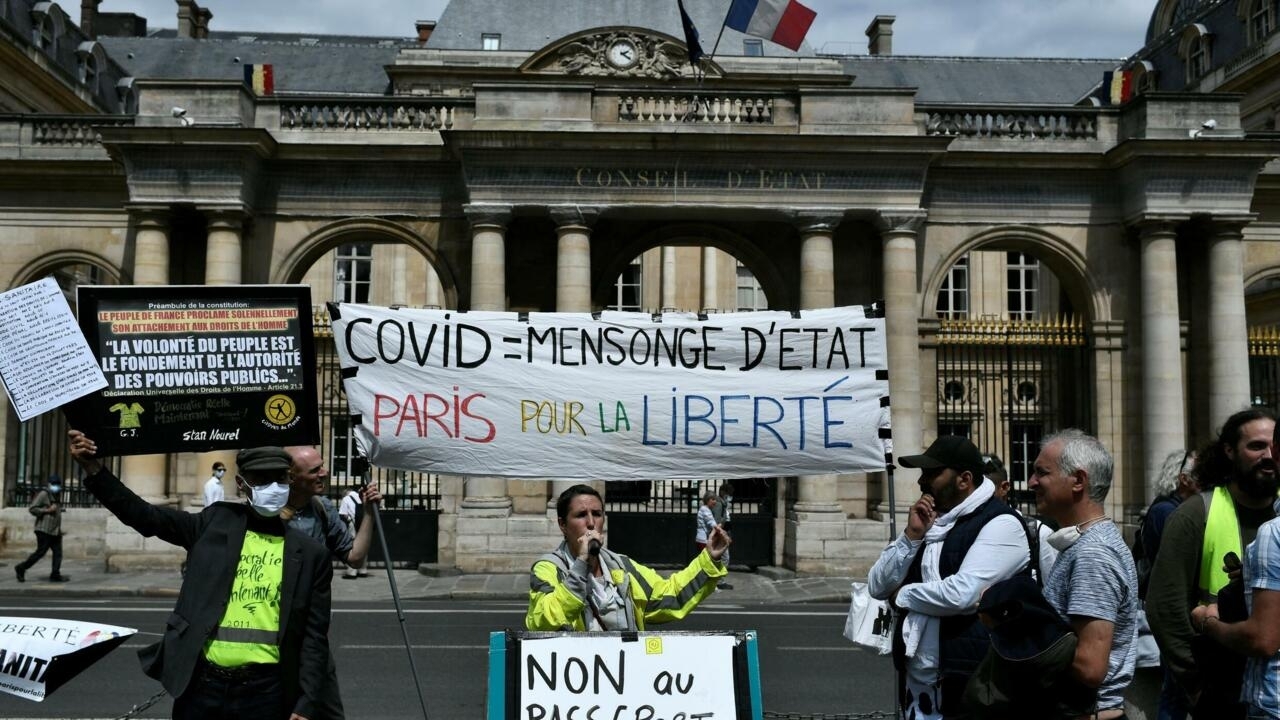 Pharmacists taken to task, vaccination centers and screening tent vandalized, pharmacy set on fire ... Applauded during the first confinement, health professionals are now targets of discontent against the health pass.

For sociologist Deborah Ridel, these professions are once again on the front line, crystallizing anger aimed primarily at an "unattainable" state.

Emblematic and controversial measure of the law aimed at countering the outbreak of the Covid-19 epidemic, promulgated on Friday a few hours after the Constitutional Council largely validated it, the health pass (total vaccination, negative Covid-19 test or certificate of recovery) will be extended, in particular to cafes, restaurants, planes, trains, coaches for long journeys.

The device is contested by French anti-pass or anti-vaccination who launched new calls to demonstrate this Saturday, after already three days of mobilization, the last of which, on July 31, brought together more than 200,000 people across France according to the Ministry of the Interior.

Demonstration against the health pass and the vaccination obligation of the medical profession in Marseille on August 5, 2021 Christophe SIMON AFP

That day in Montpellier, demonstrators called a pharmacist carrying out tests in the street as a "collaborator" and "assassin", as shown in images shot by the regional daily Midi Libre.

The following night, a pharmacy was set on fire in Fort-de-France.

On the night of July 17 to 18, an arson destroyed a marquee hosting a vaccination center against Covid-19 in the town of Urrugne (Pyrénées-Atlantiques).

The day before, a vaccination center had been vandalized in Lans-en-Vercors (Isère) and anti-vaccine inscriptions tagged on the building.

During the night of Thursday to Friday, the premises of the Order of Nurses in Toulouse were vandalized, with in particular anti-health pass tags.

The Order of Physicians condemned "acts of violence and intimidation" against "doctors, pharmacists, other health professionals, and staff of establishments or vaccination centers".

Pharmacies and vaccination centers symbolize the health pass, which will now be compulsory to access a large number of activities, which risks creating new tensions, according to their professional representatives.

During the demonstrations, also marked by violence against the police or journalists, the Interior Ministry assured that "attention can be paid by the prefect when pharmacies are found on the path of the procession" .

For Deborah Ridel, doctoral student in sociology at the University of Lille who has studied violence committed in emergency services, "front-line caregivers (and a fortiori at the public hospital) are, in the eyes of a large number of people. part of the population, the representatives - as visible interlocutors - of an impersonal and unattainable state ".

"There is in these forms of protest something quite similar to the demands of the yellow vests who challenge a government too far removed from their considerations," said this researcher.

Many yellow vests appear in the ranks of the demonstrators.

One of their emblematic figures, Jérôme Rodrigues, struck down in 2019 by a grenade fire during a demonstration, participated Thursday in the gathering of a few hundred people in front of the gates of the Constitutional Council in Paris.

The latest report from the National Observatory of Violence in the Health Environment reports 20,330 "attacks on people" in 2018, ie before the health crisis.

Most victims are caregivers (77%), while the majority of perpetrators are patients (71%).