France: the battle for the "health pass" not yet over 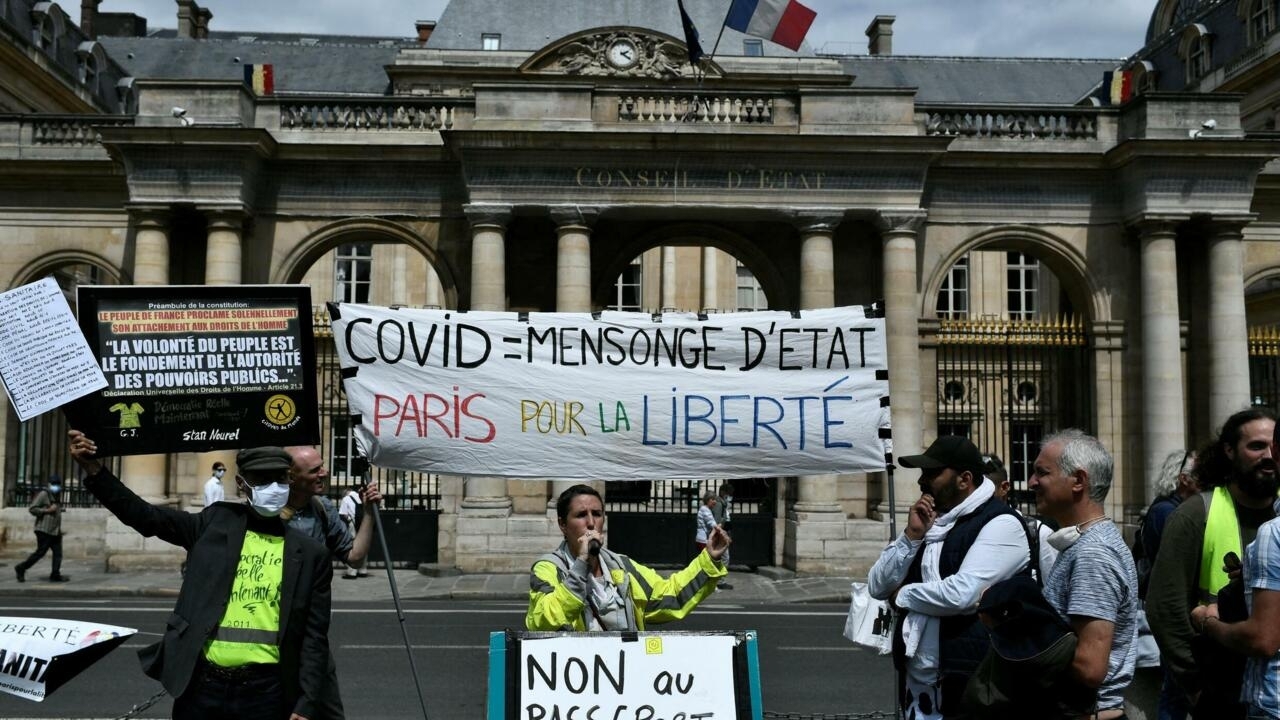 France: the battle for the "health pass" not yet over

Opponents of the health pass demonstrate in front of the Constitutional Council on August 5, 2021 in Paris.

A new battle won by the government, but the action of the executive remains under close surveillance, especially on the side of the opposition.

Emmanuel Macron has the modest triumph: the president did not wish to react to the decision of the Constitutional Council.

Because the battle for the health pass is not yet over.

In addition to the protest in the street, the decree implementing the text, expected in the coming days, will be scrutinized very closely, as recalled by the deputy La France rebellious Ugo Bernalicis: "

The decree may be contested since the Constitutional Council him - even specifies that it validates with reserve by saying that if the government, by decree, takes decisions that are disproportionate or discriminatory, then they will not be in conformity with the Constitution.

If I were in government, I would worry about seeing so many people mobilize in the middle of summer ...

To read also: France: the Constitutional Council validates most of the "health pass"

A possibility of appeal to local courts

Some people fear a new vagueness like the one surrounding the possibility or not of dismissing an employee refusing vaccination.

For majority MP Valérie Gomez Bassac, the text intended to set the law to music will have to combine clarity and balance.

It is indeed important that there is a certain proportionality,

There are certainly infringements of certain freedoms, but for the protection of a higher interest which is the right to health;

and therefore we must be sure that this balance is preserved.

There are still a number of weaknesses.

We had approaches from seasoned lawyers who further qualified the questions about the suspension of the employment contract and what goes with it, salaries for caregivers ...

Because the risk would be to see the Constitutional Council judge that the government has taken too many liberties with its decision.

Not to mention the possibility of a multiplication of appeals before local courts.