Belarusian sprinter Krystsina Tsimanouskaya spoke for the first time to the press on Thursday (August 5th) in Warsaw, where she found refuge. The 24-year-old had refused to come back ... 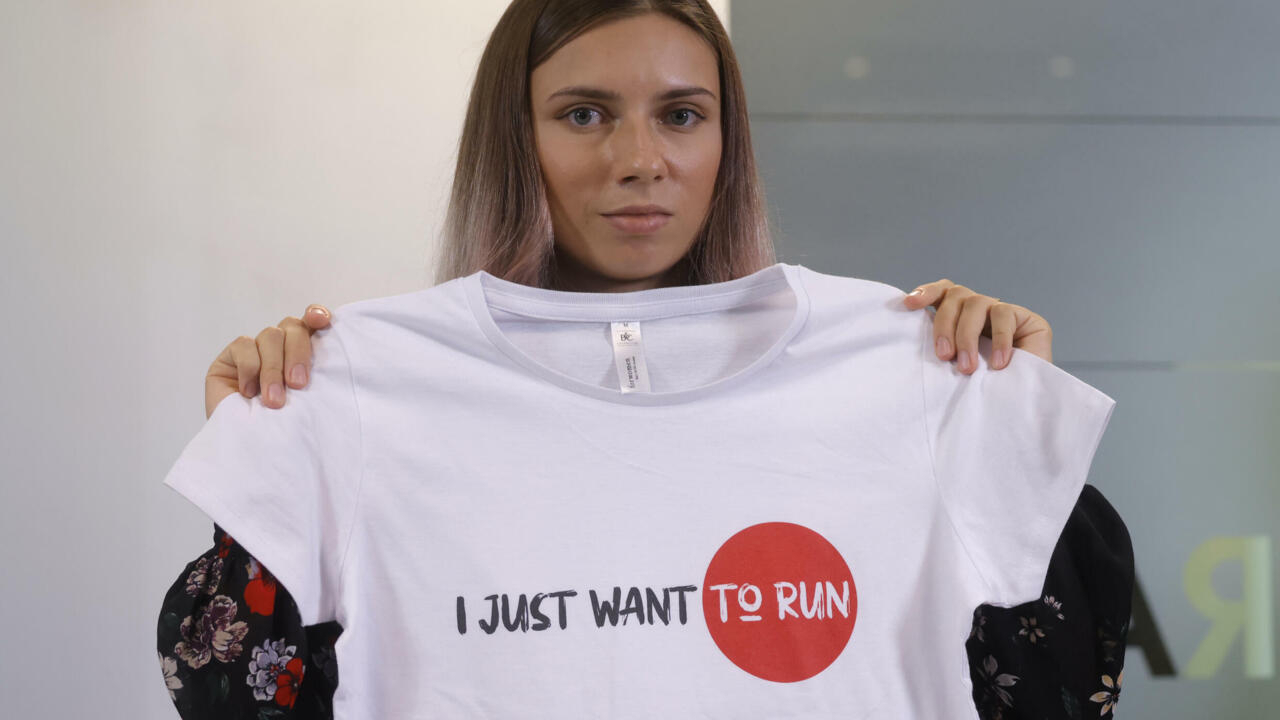 Belarusian sprinter Krystsina Tsimanouskaya says she is relieved to be in Poland after fearing she will be locked up in Belarus.

Belarusian sprinter Krystsina Tsimanouskaya spoke for the first time to the press on Thursday (August 5th) in Warsaw, where she found refuge.

The 24-year-old had refused to return to her country, out of fear for her safety, after criticizing her delegation's choices and had embarked for Warsaw on Wednesday, after Poland offered her a humanitarian visa.

I feel better since

I have been in Poland

, I feel safe, I have a lot of support and my husband is on the road to join me

In front of many journalists and in the presence of an important safety device, the 24-year-old sprinter appeared relieved.

After several days of tension, Krystsina Tsimanouskaya returned to the threats of her delegation during the Tokyo Olympics.

When I was in the Olympic Village, members of my delegation came to see me asking me to say that I was injured and that I had to return to Belarus.

They told me that if I didn't, I might have problems coming home.

On the road to Tokyo airport, my grandmother called me and said

"don't come home, we talk very badly about you on television, they say you have a mental health problem, so you could be sent to a hospital, or to jail

At the same time this Friday, the accreditations of two coaches of the Belarusian delegation to the Olympic Games in Tokyo were withdrawn for their role in the Krystsina Tsimanouskaya case the International Olympic Committee (IOC) announced on Friday.

An IOC Disciplinary Commission has been set up in the case of Krystsina Tsimanouskaya to clarify the circumstances around the incident and the roles the coaches Mr Artur Shimak and Mr Yury Maisevich played.

The sprinter said she did not understand how a sports issue had become a very political issue.

In any case, Krystsina Tsimanouskaya offered her help to any Belarusian athlete who wanted to leave the country.

The 24-year-old hopes to continue her sporting career and one day return to the Olympic Games.