A year after the Beirut explosion, the situation in Lebanon is getting worse

Lebanon has entered a state of emergency since late 2019, and has been plagued by an economic crisis, political instability, and social tensions, as well as the spread of the “Covid-19” pandemic. The devastating explosion that devastated Beirut on August 4, 2020, added to the difficulties the country is experiencing. A year later, it became a population 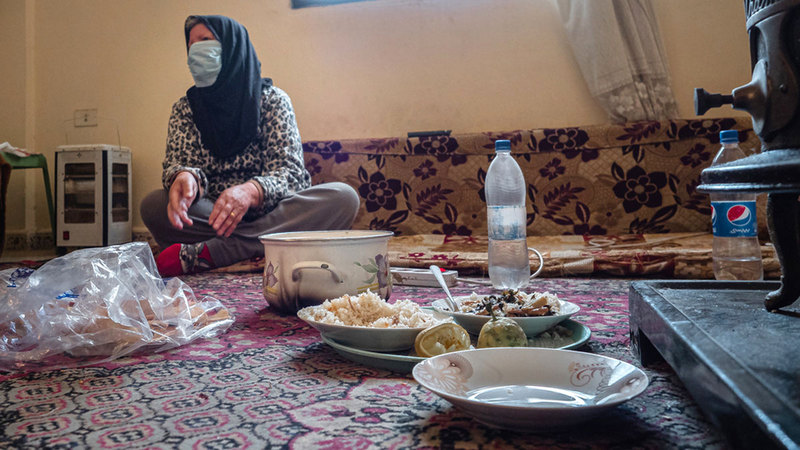 Is there a future?

A year after the Beirut explosion, the situation in Lebanon is getting worse

Lebanon has entered a state of emergency since late 2019, and has been plagued by an economic crisis, political instability, and social tensions, as well as the spread of the “Covid-19” pandemic.

The devastating explosion that devastated Beirut on August 4, 2020, added to the difficulties the country is experiencing.

A year later, the population of Lebanon is in dire need of humanitarian assistance, as the situation has pushed more than half of them into extreme poverty, and many cannot afford food and medicine, such as Fawzia al-Sahli for example.

Fawzia says from her kitchen where she prepares vegetable soup: “My neighbors brought me this meal yesterday. Without them, I would not have been able to eat fresh vegetables.

We haven't tasted meat in a whole year.

My son's salary is only enough to buy bread, grains and lentils.

This is how we are now.”

The 64-year-old woman suffers from diabetes and high blood pressure, knowing that she needs to follow a diet rich in fruits and vegetables.

But she and her family find it difficult to obtain these foods.

One of Fawzia's sons works in a store and receives 10,000 Lebanese pounds per day for his work, which is equivalent to less than one dollar today in the parallel market.

Since his brother is unemployed, he became the only breadwinner for his family.

Moreover, the three family members live in an unfinished house, because they cannot afford to complete its construction.

For two years, Fawzia has been going to the Doctors Without Borders clinic in the city of Hermel in northern Lebanon to undergo periodic check-ups and get the medicines she needs.

Like Fawzia al-Sahli, half of the Lebanese people live in extreme poverty (ie, on less than one dollar a day).

Since 2019, life in this small country on the eastern coast of the Mediterranean has been turned upside down, after an economic crisis, severe inflation, political instability and the outbreak of the “Covid-19” pandemic, then came the massive explosion that shook the capital Beirut in August 4, 2020 to add to the difficulties the country is going through.

The explosion reduced the harbor to a horrific ruin, killing nearly 200 people, injuring more than 6000 people, and depriving tens of thousands of their homes.

The explosion also destroyed public facilities such as hospitals and the central warehouse of health authorities, which disrupted access to medicine, especially for the elderly and those with chronic diseases.

Doctors Without Borders worked in Karantina, Mar Mikhael, and Khandaq al-Ghamiq, treating more than 1,800 people injured as a result of the explosion in the three locations, and 4,500 people with chronic diseases who need medical assistance.

During the weeks that followed the explosion, the hospitals almost reached their capacity due to the high number of “Covid-19” patients.

With the huge increase in the number of people infected with "Covid-19", Lebanon entered a state of complete closure for more than a week.

It is worth noting that, as a result of the economic crisis, the public health system was suffering from a shortage of medicines and medical supplies, even before the pandemic, and the outbreak of the pandemic worsened the situation.

A year after the explosion, the population's need for medical and psychological assistance increased.

At the same time, going to the hospital has become a luxury that a large number of the population do not enjoy due to the high cost of private healthcare.

In this regard, the assistant project coordinator at Doctors Without Borders, Hammoud Al-Shal, says: “The health system in Lebanon is subject to a large degree of privatization, and the number of people who cannot afford medical consultations and medicines has increased.

Many are confused about whether to spend their money on food or medicine, as the prices of both have multiplied five times more than they were in the past.”

Fawzia Al-Sahli needs pain relievers, but it has become almost impossible to get the simplest medicines such as paracetamol, and she says: “I fell, and then I had a severe headache.

I wanted to buy paracetamol, but I couldn't find it in pharmacies.

We went to three pharmacies and could not find him.

The medicine is no longer available in Lebanon.”

The shortage of medicines poses a real challenge even for NGOs. Due to the difficulty of importing medicines by local companies into Lebanon, some of them import most of the essential medicines themselves.

Many people in Lebanon, whether they are Lebanese or refugees, suffer stress and trauma related to war or displacement.

Today, these living conditions add an additional burden to them and affect their mental health, as a large number of people who seek psychological help suffer from depression, anxiety or despair.

Fawzia Al-Sahli is concerned about the future of her children, especially her unemployed son, who is also receiving psychological and social support.

(Fawzia) finished preparing the meal and spread out on the floor in front of plates of rice, vegetable soup, and white bread.

(Fawzia) is constantly worried about the future, but she still has some hope.

The Lebanese live in a state of solidarity, and (Fawzia) appreciates the support provided by her community, especially her neighbors who bring her food and the social workers and doctors who provide her and her family with the medical and psychological care and medicines they need.

A year after the explosion, the population's need for medical and psychological assistance increased, while going to the hospital became a luxury that a large number of residents did not enjoy due to the high cost of private health care.

The people of Lebanon are in dire need of humanitarian assistance, as conditions have pushed more than half of them into extreme poverty, and many cannot afford food and medicine.