Much will be different than planned when Malmö and Copenhagen host World Pride next week. A parade through Malmö will instead be like an Olympic opening ceremony at the stadium. 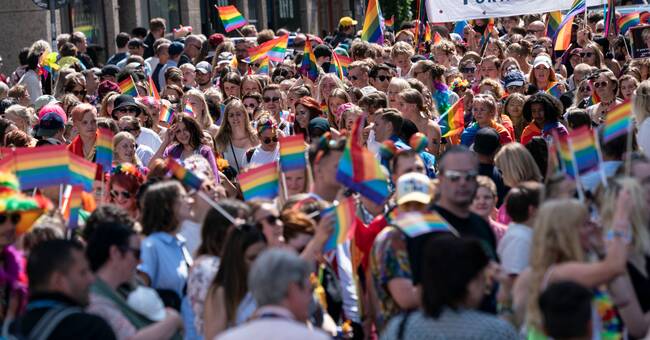 - It is a personal sadness for many people who have worked with this event for several years and seen something in front of them that can now not be fulfilled, but according to the circumstances we have, I think we have landed in a magical program, says Anna Tenfält.

With less than a week left until the start on August 12, organizers and participants gathered on Friday to inform about what the heavily redesigned event will look like.

- We had seen in front of 30 to 50,000 who train through the whole city, now it will be completely different than a regular parade.

You can rather expect something similar to an Olympic opening ceremony, says Anna Tenfält project manager for World Pride in Malmö.

Pride, art and culture, human rights and sports are what the organizers describe as the event's four pillars.

The city of Malmö is involved in several parts but has a special responsibility for the sporting event Eurogames which is held in connection with World Pride.

- The event as such has a value, but I think the issues that the event brings with it are the big win, the discussion about everyone's equal value and inclusion.

That these issues are discussed in Malmö - I think that has a great value, says Johan Hermansson, leisure director in Malmö and representative of the city of Malmö in the World Pride steering group.

Why is the city so involved in the event?

- Because we want something is the simple answer but also because we have challenges.

Wanting everyone to be included is one thing but making sure everyone actually is is another and we have a journey to make.

After the inauguration on Thursday 12 August, World Pride will take place in Malmö and Copenhagen until 22 August.