Wilma Murto, who surprised herself in fifth place, cried after the pole vault - revealed the cause of tears in Yle

Wilma Murto, who finished fifth in the pole vault final, was surprised by her success at the Tokyo Olympics. 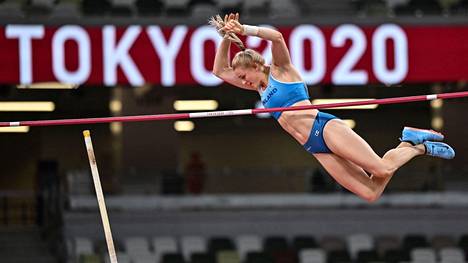 Fraction, 23, exceeded his starting height of 450 with his first attempt and then dropped all three jumps from 470.

In a race marked by hard raises, falls and headwinds, Murro's result was enough for a split fifth, along with two other athletes.

Gold was taken by Katie Nageotte of the USA with a score of 490, silver was taken by Anzhelika Sidorova of Russia, who surpassed 485 in the first place, and Holly Bradshaw of the UK won the bronze, with a result of 485.

After the race, Murto smiled happily in Yle's interview.

He said he was surprised by his investment.

- It's a lot more than I expected, Murto admitted.

Murro’s goal before the race was to survive the final, so the points position seemed like a win.

After the race, she shed tears, and Yle’s interviewer asked why she was crying.

- Well, I don't know, I'm a crying whistle anyway, so it's quite normal, but yes, it was kind of a relief.

I am really proud of what we have done with Jarno [coach Jarno Koivunen] this spring, Murto started laughing.

While my record is still from 2016, here you will find that I have developed a lot in competition and moved forward as an athlete.

It doesn't require much else then, Murto concluded his answer with Yle.

He said he is aiming for an even fifth-place finish in the 2024 Paris Olympics.