The regions are ready for the third dose of vaccine

This week, the Swedish Public Health Agency announced that a third refill dose may be given this autumn to people at risk. Several regions are ready - but waiting for more information before they can start planning for vaccination with a third dose.&nbsp;&nbsp; 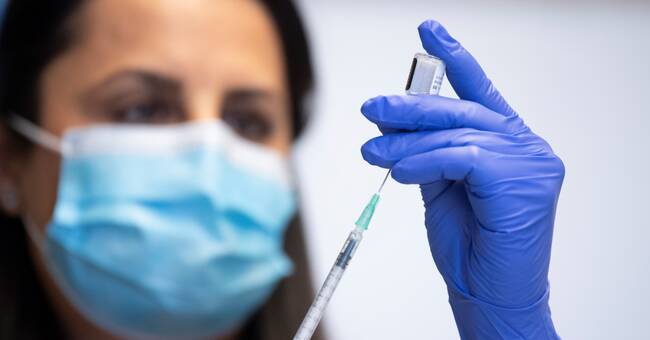 The Public Health Agency's announcement this week was also that a majority of the population will probably be offered a third vaccine dose against covid-19 in 2022.

SVT Nyheter has been in contact with a number of regions, all of which state that they are waiting for more details about the news.

Region Skåne states that the region is preparing for a possible replenishment dose for certain groups already this autumn and a third dose for larger groups in 2022 by, among other things, securing peripheral equipment for these vaccinations and reviewing the organization.

- Of course, we want a decision on the issue from the Public Health Agency as soon as possible to be able to plan in more detail, writes the vaccine coordinator and assistant infection control doctor Per Hagstam, in an email.

Several regions are waiting for a clearer message regarding a third dose.

- Since it is information that came out this week, we have not planned clearly around this, says vaccine coordinator Kristine Rygge, and also answers that the region is ready to vaccinate.

Should we be given the task of giving a third dose already this autumn, we will rig for it.

The Uppsala region also states that they are waiting for clearer information.

Among other things, when it comes to the type of vaccine that would be used at a third dose and what should apply to the vaccination.

Region Örebro County has previously told SVT Nyheter Örebro that they can also not give any information about how the vaccination should go.

- We have asked for the information but have not received any - yet.

Even though we have asked, says Inger Nordin Olsson who is the vaccination coordinator.

The Norrbotten Region is also waiting for more details.

- We can not plan so many details because we do not know which and when and if it is relevant this autumn, at the same time we have understood that it is very likely that it will be so, then we are also prepared to vaccinate, says vaccine coordinator Pia Näsvall.