In Mexico, pigs defile Mayan "sacred wells" Mérida (Mexico) (AFP) Before their Christianization, the Mayans called them "sacred wells". The "cenotes", pools of crystal clear water dug in caves in Mexico, are today threatened by an unexpected pollution: the droppings of thousands of farmed pigs. Several of these sinkholes formed as a result of land subsidence, are filled with fresh water that flows into the Caribbean Sea through a multitud 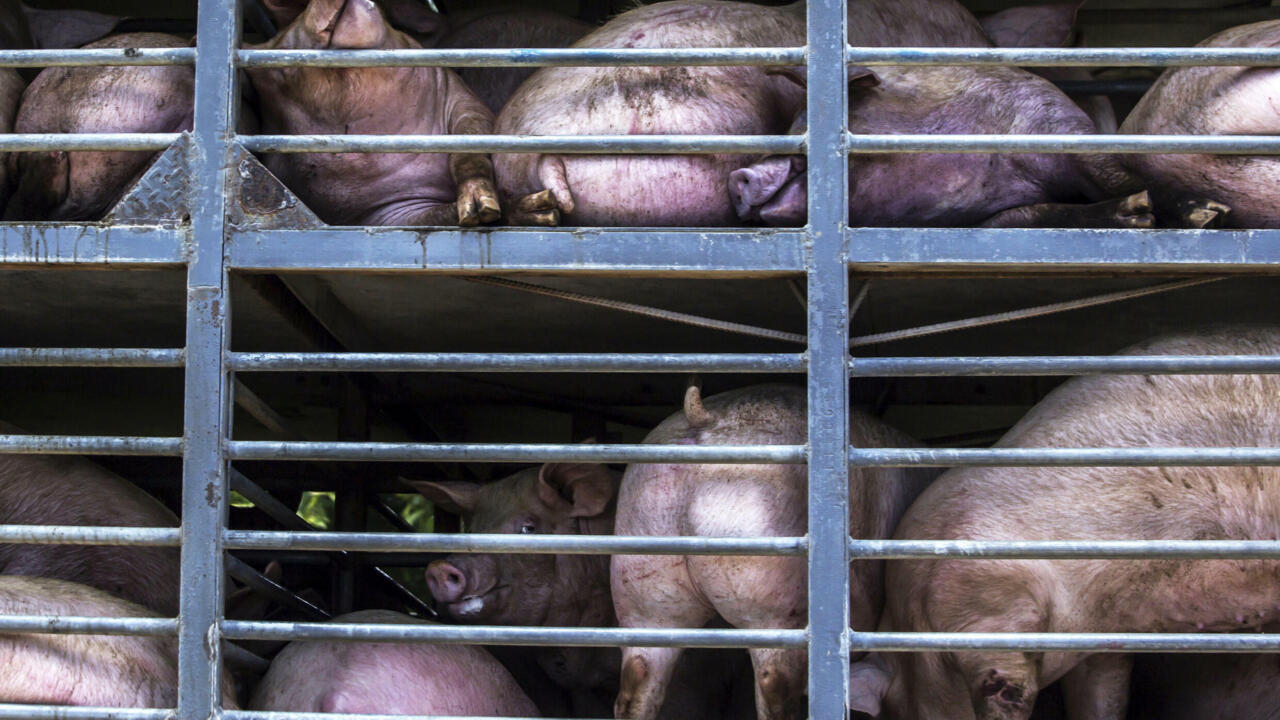 Before their Christianization, the Mayans called them "sacred wells".

The "cenotes", pools of crystal clear water dug in caves in Mexico, are today threatened by an unexpected pollution: the droppings of thousands of farmed pigs.

Several of these sinkholes formed as a result of land subsidence, are filled with fresh water that flows into the Caribbean Sea through a multitude of channels or faults.

We find a large number in the Mayan jungle, in the Yucatan peninsula (northeast), very popular with tourists.

But it is also in this region that pig farms have been set up, whose excrements and urine flow into the soils and waters of the region.

A 2020 Greenpeace report listed 257 in all, of which only 22 verified their impact on the environment.

Residents of the villages of Homun, Sitilpech, Kinchil and Chapab on the peninsula say that some farms in hard-to-reach areas dump untreated pig waste directly into the jungle.

To this pollution, which endangers the "cenotes", is added pestilential odors which contribute to the growing discontent of the indigenous Mayans.

In the heart of the lush tropical vegetation, Doroteo Hau, one of the 7,500 inhabitants of the village of Homun, descends wooden steps that lead to a "cenote".

This guide, who has lived off tourism for several years, cannot suppress his anger.

"The region that God gave us looks like a colander. All the water around is dripping into the cenotes. The pigs will destroy everything," laments Doroteo, 62, with weathered skin.

He says he set up the Kanan Ts'ono'ot (Cenote Guardians) organization with neighbors to try to preserve the place.

Last May, the villagers succeeded in having the Supreme Court upheld the suspension of a pig farm of more than 45,000 head north-west of Homun.

But, as sometimes happens in Mexico, doubts remain as to the implementation of this decision.

"The tourists will not come if the bad smells remain at this level," laments Jesus Dzul, taxi driver for tourists.

With its "cenotes", beaches and archaeological sites, the Yucatan Peninsula is a major tourist attraction in Mexico, a sector that contributes to the country's economy at 8.7% of GDP.

If this pollution continues, Doroteo says he is ready to "take machetes" because "we must protect our natural resources!".

A protester brandishes a plastic pig against the pollution of pig farms in Yucatan, July 24, 2021 HUGO BORGES AFP

The village of Sitilpech is next to a farm less than two kilometers away, which, according to its inhabitants, generates bad smells.

They recently asked the courts to shut it down.

"The stench is too strong (...) we cannot breathe," complains Teodorita Rejon, 71, with a gesture of disgust.

She came to demonstrate against the presence of the farm.

Among the demonstrators who shout "Farms out", a woman holds up a large pink plastic pig.

"We are threatened by those who work on the farms. They are paid to discourage us," said Yolanda Chi in San Fernando, pointing to drunken men who insult her.

Today, they must vote by mini-referendum to maintain or close pig farms.

"Among the samples that we took in the cenotes and wells near the farms, all exceeded the sanitary threshold," says local expert Viridiana Lázaro.

According to Moya, "part of it is attributable to the farms because (the samples) show fecal coliforms, traces of antibiotics that do not come from agriculture or urban waste."

"We do not contaminate anything," defends Alberto Alfonso, production manager of Grupo Porcicola Mexcano Keken, the largest pig breeder in Yucatan, pointing to a wastewater purification basin near Chapab.

China and Japan are the main recipients of Mexican pork.