You don't have to watch the Olympics to see extreme sports, some invented like jumping from platform to platform with the train arriving at the station. A whole modality that challenges ... 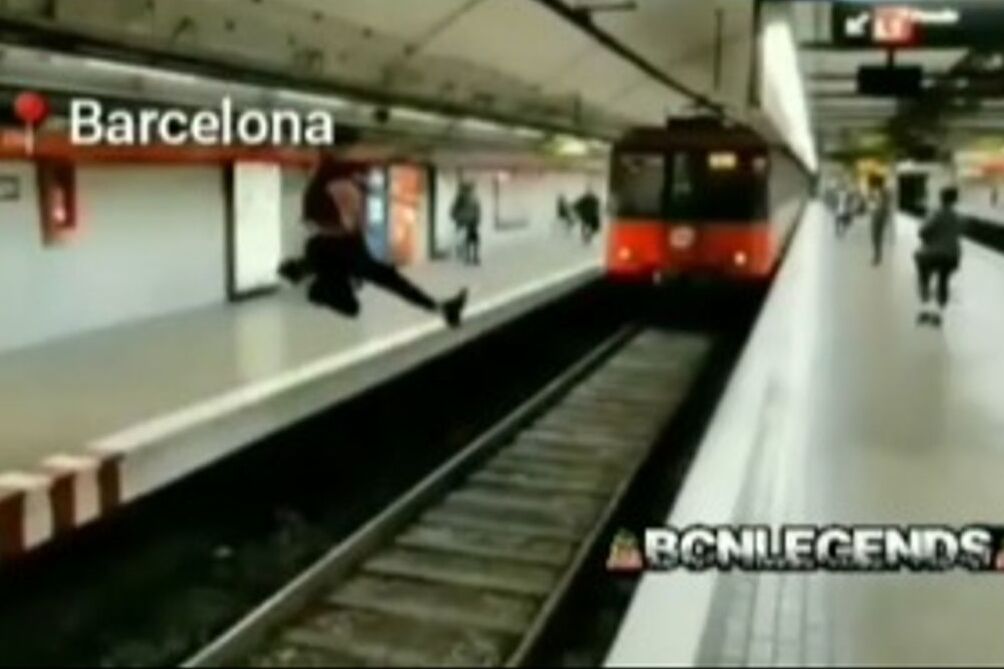 You don't have to watch the Olympics to see extreme sports, some invented like jumping from platform to platform with the train arriving at the station. A whole modality that challenges the long jump. After several days following the trail of a video in which you can see how a man jumps in front of a metro train in motion at the Clot station on L1 of the Barcelona Metro, the Mossos d'Esquadra managed to locate and arrest him. This is a young man with a history of being part of a group of graffiti artists who was already arrested in an operation last year along with 48 other people for causing damage to train and metro wagons in Barcelona, ​​valued at a total of 22 million euros. euros.

Last weekend the young man published the video in which he saw himself jumping from platform to platform at the station before reaching the subway.

The agents were able to identify him thanks to the station's security cameras, while another person who recorded him has already been identified by the Metro security guards.

The two were arrested

The Mossos have detailed that both entered the station without marking the ticket, ignored the orders of the security guards and left through an emergency door "without just cause."

Transports Metropolitans de Barcelona (TMB) denounced the events for putting the lives of those involved and the rest of the users at risk, in addition to threats and confrontations with the guards.

EventsNew case of sexist violence: He kills his wife in front of his two-year-old daughter and commits suicide with the car seat belt