Olympics-2020: French handball players qualified for the semi-finals by crushing the Netherlands 32-22 - France 24

Olympics-2020: French handball players qualified for the semi-finals by crushing the Netherlands 32-22 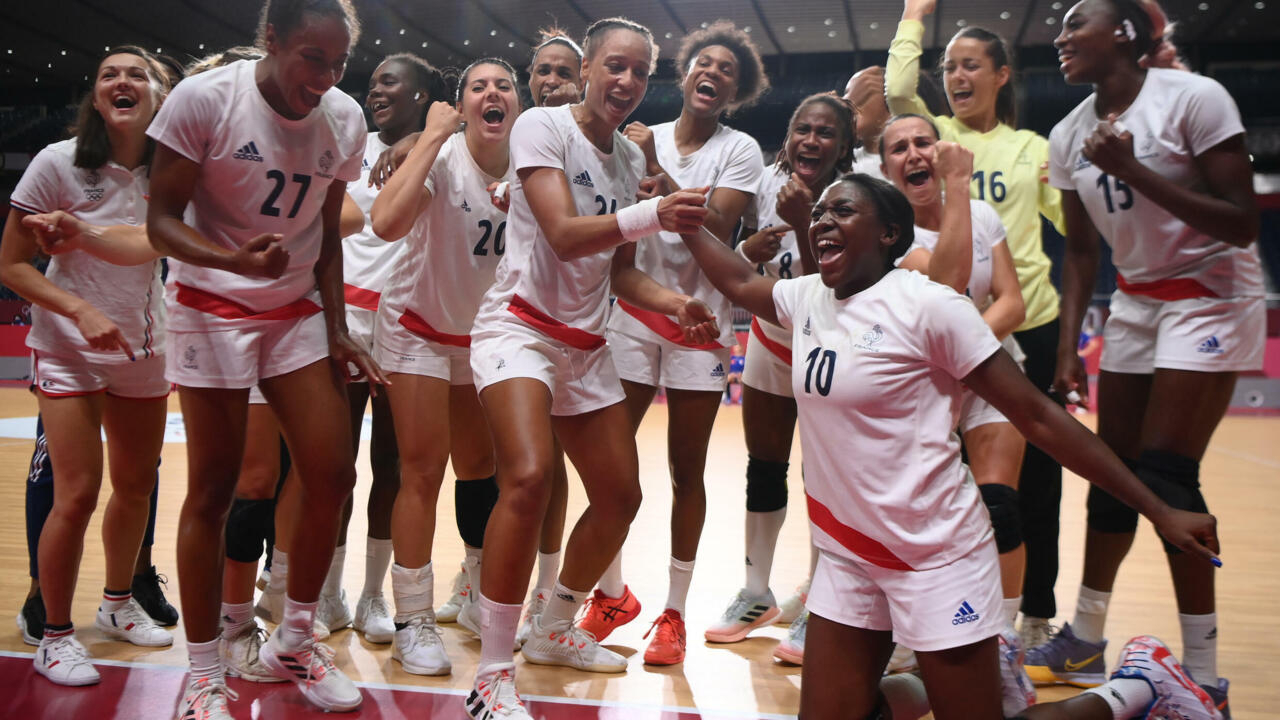 Evaporated in the sweltering of Tokyo.

The French handball players qualified for the semi-finals of the Games with overwhelming success against the Netherlands (32-22) on Wednesday at the Yoyogi stadium.

The Swedes, present for the first time at this stage of the Olympic tournament, had stood up in the group stage against the players of Olivier Krumbholz.

In search of Olympic gold in Japan, the only title missing from their record, the Blue missed the penalty of winning (28-28) at the last second by Grace Zaadi and before that squandered a lead of five goals in the first period.

But what is the point of continuing to describe all the French failures in this first round?

Obviously, the team seen against the Netherlands has little to do with the one seen so far.

"We do not pay much attention to the results we achieved in the first round, we had to get a point that's all," said Olivier Krumbholz after qualifying against Brazil (29-22).

Apparently you had to believe it.

Amandine Leynaud, for example any at the beginning of the tournament, has found her usual standards of guardian of the temple and even so much better than that (22 saves, 51%).

After 11 Dutch shots at the start of the match, + Doudou + (as her teammates call her) had stopped nine.

Including a series of six parades in a row that pulled a grimace from the French coach of Oranje Emmanuel Mayonnade.

The tone of his match was set.

"Breathtaking", exclaimed the coach on France 2.

The Bleues took the world champions by the throat, sometimes almost literally, by the return of the intractable defense that made the success of this team from France, world champion (2017) and Europe (2018).

And efficiency, which had been lacking in Grace Zaadi's band, was at the rendezvous of the quarters.

After widening the gap to ten goals (14-4!), The Olympic vice-champions joined the locker room with a comfortable mattress (19-11) without the Dutch never being able to hope to return afterwards.

“We had a great defensive game. It was a bit fickle in attack, we had a few scares but it was a quality game. We dominated them in the game all over the field. auspicious, and we gained confidence. For five or six years, the Netherlands are almost always in the last four, we are really happy end ", commented Krumbholz.

And the big Norwegian favorites, crowned European champions in December against the Blue (22-20), could not be reassured in front of their TV with a view to a possible final in Tokyo.

The formation of Stine Oftedal had more difficulty against Hungary and was even led 19-17 (43rd).