Three Dutch cybersecurity companies declare themselves powerless to face the threat alone. The police launch a platform with the most common ransomware codes 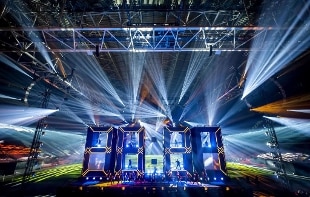 04 August 2021Not only the Lazio Region: Holland would also be under siege by hackers. The spread of the ransomware is turning into "

" and "the country's security is in danger". Ransomware attacks, experts from

, are increasingly numerous and requests for help are too many to be handled by companies alone. The alarm was raised by the managers of three Dutch cybersecurity companies (Eye, Hunt & Hackett and Northwave) who, speaking to the national media, called for urgent government intervention.

Ransomware is malware (malicious code) that spreads by downloading a seemingly harmless file or simple email attachment. Once downloaded, it encrypts files in the system with the aim of demanding a ransom (ransom) to unlock them. To try to stem the phenomenon, the Dutch police have launched the "No more ransom" platform, which contains the decryption codes for some of the most popular malware. Attack victims are advised to check the platform before considering paying the ransom.