According to Markku Broas, Chief Infectious Disorder of the Lapland Hospital District, rapid tests speed up the detection of infection and the fight against the epidemic. 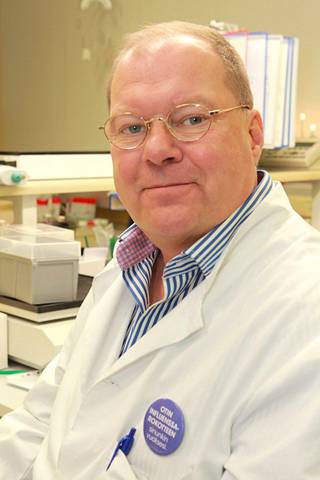 “If the epidemic situation worsens, there are a lot of infections and the risk of mass exposure is high, I think pre-testing is cheaper than finding out the exposures and tracing the infections,” Broas explains.

Pre-testing could, according to Broas, open up society more safely before vaccine coverage reaches a sufficient level.

According to him, pre-testing would be important especially at events where large crowds gather.

- This is used a lot in the world for screenings related to events, and I think it would work well in Finland as well.

According to Broas, pre-testing would run smoothly with antigen tests, ie so-called rapid tests, which give a test result about 10 to 30 minutes after taking the test.

The test is advantageous because one antigen strip costs about ten euros.

According to Broas, only the capacity of samplers imposes restrictions on testing.

In Lapland, however, good experiences have been gained that the testing volume can be increased to a very large extent if the testing is planned in time.

- We have been able to test wildly large numbers in relation to the size of our hospital district, about 1,000 people a day.

Of course, it requires factors and precaution.

In case of a great need for testing, we have agreed with the city of Rovaniemi on testing, for example.

In addition to large public events, pre-testing could also be used in other high-risk situations, such as nightclubs.

- It favors its place in events where there is close contact and infections spread easily.

According to Broas, the test should take place about a day before the event.

Rapid tests should be free, he said, as it is about fighting the epidemic.

Testing could take place, for example, at pop-up points, where you could go for testing without an appointment.

- This issue involves, for example, issues concerning equality legislation and data protection legislation, which I believe must be assessed and resolved nationwide at the Government and parliamentary level, Mölsä writes in his e-mail reply.

In Lapland, antigen tests have been widely used during the corona epidemic.

According to Broas, the experiences have been very good.

- It has speeded up the detection of infections, tracing and thus the fight against the epidemic, Broas says.

According to Broas, the tests have also been used to determine mass exposures, which has also made it possible to test asymptomatically exposed people extensively.

- In addition, we used tests, for example, in February during the World Rally Championship.

At that time, all participants attended the test on the day of entry and on the third day.

It quickly made it known whether the person was contagious or not, Broas says.

In Lapland, the distances between municipalities are long, and the antigen test has made it possible to perform tests quickly in even small municipalities.

The antigen test is taken from the nasopharynx in the same way as the PCR test, but does not need to be sent to the laboratory for examination, but can be processed by the sampler and the result will be available in 10 to 30 minutes.

According to the Department of Health and Welfare, antigen tests are often less sensitive than pcr tests, ie they give more false negative results.

THL's leading expert Carita Savolainen-Kopra told Ilta-Sanomat in March that antigen tests best identify the coronavirus within a few days of infection, when symptoms are just beginning or have begun.

- If the sample is taken too early or if the antigen test is performed too late, the result will be negative and does not show an onset or already existing infection, Savolainen-Kopra said.

According to Broas, good reproducibility and speed of the test compensate for deficiencies in sensitivity.

- If there is any doubt about the test result, it is easy to repeat the test and consider that if the person did not have to be infected in the first test, then whether he or she became infected by the second test.

Broas points out that in the case of a pcr test, the test result may still look positive for a long time, even if the person is no longer infected.

Today, you can also buy quick tests from stores.

According to Broas, the tests used in Lapland differ from the tests available in stores in that the tests have been validated by the hospital district in collaboration with the central laboratory and are intended for professional use.