Guards in Gävle are on fire - cooperating with the rescue service

The guards who are hired by Gävle municipality have been given new tasks - to fight fires. Through a collaboration with the rescue service, guards have received training to be able to work preventively and act when they show up in the event of an ongoing fire. 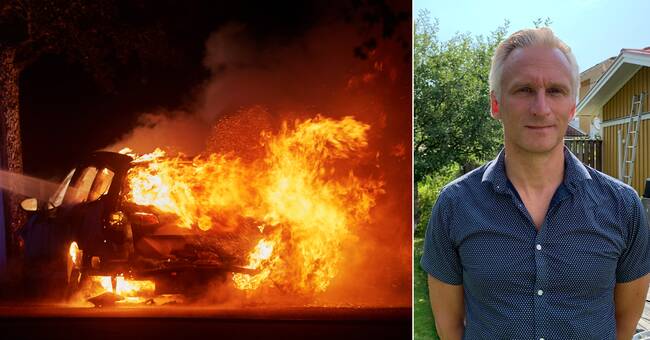 Since last autumn, guards and security guards have been patrolling in central Gävle, Sätra and Andersberg.

At the same time, the municipality applied for permission to set up cameras in the same areas.

The decision was criticized by opposition politicians, who thought that the resources should go to field assistants and preventive work instead.

The initiator: "A great success"

The guards' duties are now being expanded through the project "First Response Person", where the guards will act as the rescue service's extended arm.

The guards have acquired basic competence in fire protection and radio communication with the rescue service's internal command and tools for extinguishing fires.

- So far, the project has been a great success, says Jörgen Edsvik (S), who is the initiator of the project.

He also says that guards should receive training within the Social Services Act, so that they can more easily cooperate with the social services' field assistants.

Extinguished a car fire in Sätra

Since the training began at the beginning of the year, security guards have facilitated the rescue service's work on several occasions, says Erika Åkerström, who is a fire inspector.

She plans to expand the collaboration to Sandviken.

Several times, guards have been first on site and have been able to sound the alarm faster.

They have also been able to identify potentially flammable objects and help eliminate them.

At one point, they also prevented a car fire from spreading to other cars, by extinguishing the fire with a fire extinguisher.