Covid passport: the Board withdraws and will request the endorsement of the TSJA after threatening Vox with going to court

The Covid passport as a requirement to access the nightlife venues will have to wait in Andalusia. Although the Andalusian Government announced that this Thursday ... 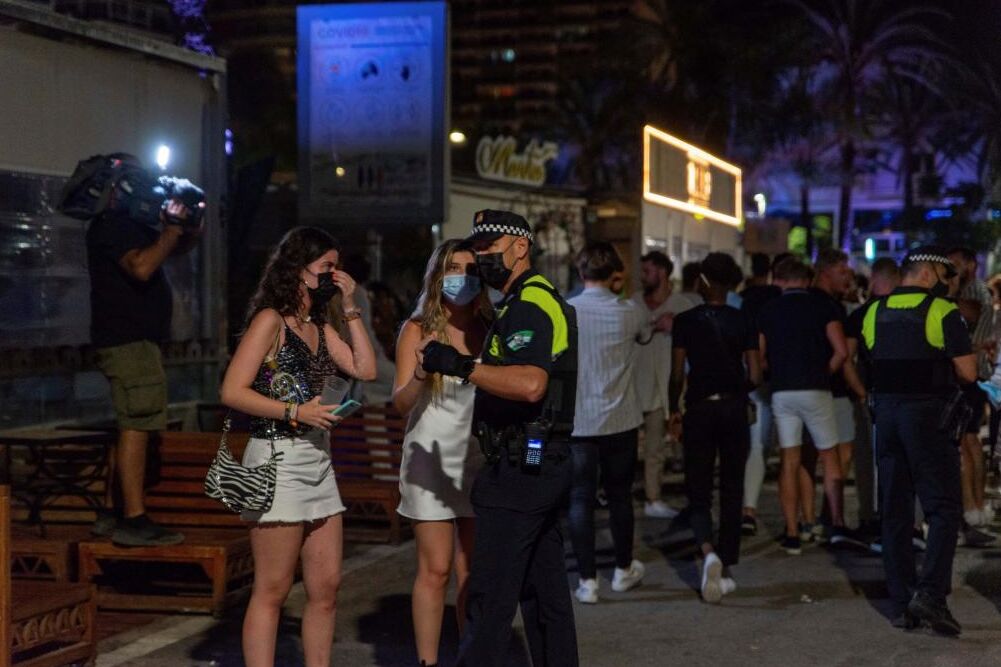 Although the Andalusian Government announced that this same Thursday the measure would be in force, this Tuesday it has reversed itself.

Not in its intention that it is mandatory to show the European certificate or antigen test to enter cocktail bars and discos, but

In fact, right now there is no deadline for this new restriction to take effect.

Everything will depend on

the Superior Court of Justice of Andalusia (TSJA)

, which, after discarding it at first, the Junta de Andalucía will ask to pronounce and endorse, or not, the measure.

Legal doubts were already on the table on Monday, when the

already set a date for the Covid passport at nightlife. In fact, just a few days before the Superior Court of Justice of the Canary Islands, as a precautionary measure, a similar initiative of the government of that community fell on the understanding that it could violate fundamental rights.

Precisely, the counselor of the Presidency and spokesman for the Andalusian Government,

, justified this Tuesday that they go, now, to the Justice to obtain their support before the measure comes into force

"to have greater legal certainty

So the Covid passport in nightlife would be mandatory from the moment the Andalusian High Court pronounces and in the assumption, of course, that it endorses it.

Bendodo said about the delay that will exist until the response of the Superior Court of Andalusia is produced.

The counselor of the Presidency appealed for

of the municipalities with a cumulative incidence rate of 1,000 cases per 100,000 inhabitants and a population greater than 5,000 inhabitants, for which the ruling of the TSJA.

At the same time, he defended as an "important decision" the requirement of the European Covid passport to access nightlife establishments, explaining that the autonomous government "from the outset asks the TSJA to

validate the authorization to apply for the European Covid passport

", while He recalled that other European communities or countries require it to access the interior of any establishment.

"It will end up being imposed"

, Bendodo was convinced yesterday about the requirement of the Covid passport, a measure that justified by the need for "all of us to be guaranteed" inside the establishments, for which he argued that "we do not have the problem of the United States "in reference to

But the reversal of the

also occurs after Vox, his partner in the Andalusian Parliament, announced his intention to denounce the measure in court.

"We say it loud and clear; if the Government of the Junta de Andalucía does not rectify, Vox will go to court to end this new abuse of the rights of Andalusians," said the parliamentarian and general secretary of the Vox group in the Andalusian Chamber ,

For the representative of Vox, this imposition "is one more example that Juanma Moreno is increasingly closer to the PSOE policies of

only serves to grant arbitrary powers to administrations,

" argued Ocaña in a press release.

"In Vox we are not going to allow more violations, discrimination or violations of the fundamental rights and freedoms of Andalusians," said the parliamentarian, who also came out in defense of the hospitality and nightlife sector.

"We are not going to allow Juanma Moreno to end up sinking them.

They are two sectors that in recent months have already suffered the disastrous restrictions,

New measures Covid restrictions in Spain: curfew, hospitality and other measures by communities