The Sea Rescue Society in Kalmar has had to go on a number of drowning incidents this summer. Several incidents have involved people having seen bath toys floating around alone in the water. Now the lifeguards want people to mark their bath toys with names and phone numbers. 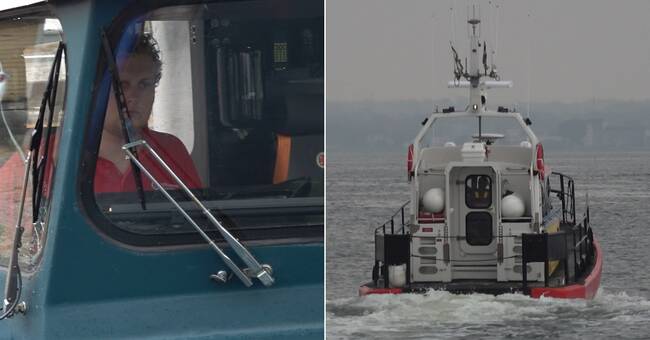 Linus Julin, on-call skipper for RS Kalmar, explains that they have to start a search operation when they receive an alarm about a bath toy bouncing around alone in the strait.

Such a search effort usually requires a lot of resources and could be prevented if the bath toy had been marked.

- If you have a family name and a telephone number that we can call directly, we can stop it a little faster, he says.

According to Linus Julin, the sea rescue has received more incidents and more to do as more people holiday in their home Sweden during the pandemic.

- People choose to go to Öland and swim instead of maybe taking a trip to Spain.

We have noticed that there is more to do all over Sweden.

Lifeguards had made it easier

Although the Swedish Sea Rescue Society has six stations that monitor Kalmarsund, Linus Julin thinks that lifeguards on, for example, Öland's populated beaches should be available.

- It can make it easier for us if there is a person in charge on the beach who can say that "this is how it is, the person was last seen over there".

All the valuable time we have can save lives.