Sara Kuivisto beat the SE momentum again - praised her race sister: “It can be difficult for men to understand how proud I am of him”

Kristiina Mäki, a racing partner representing the Czech Republic, ran her record, even though she gave birth to a son at the beginning of the year. 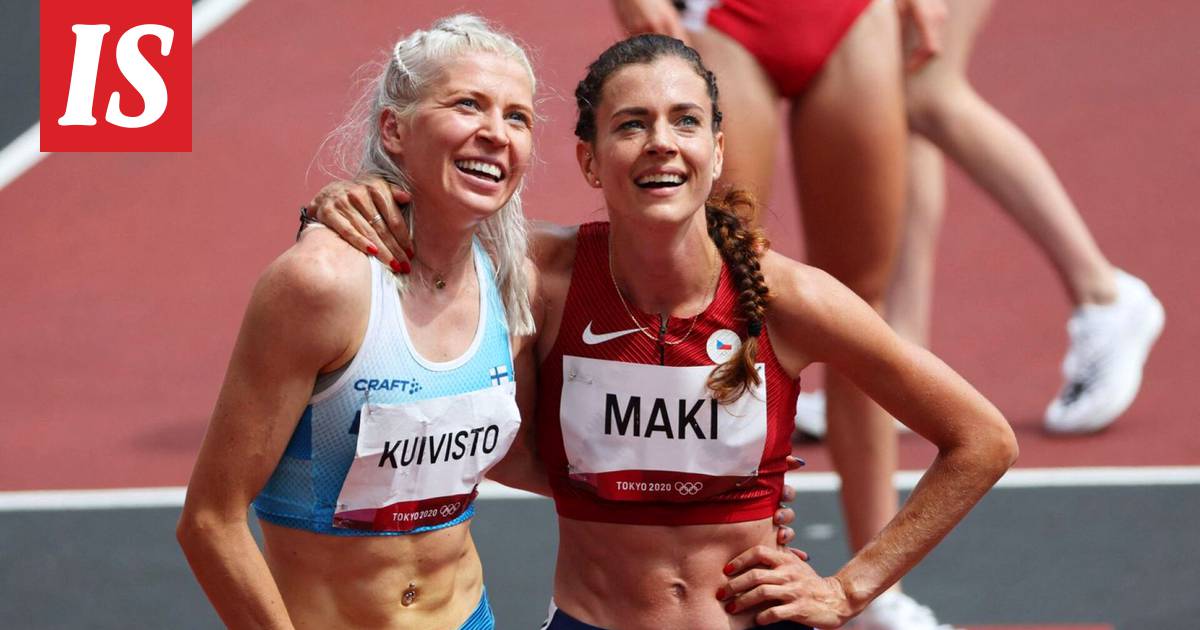 Everyone knows the phenomenon of ketchup bottles: first there will be nothing and then no matter how much.

Sara Kuivisto's running at the Olympics is the same.

- Finland's record didn't feel like anything, but breathless, Kuivisto said after improving his own 1,500-meter SE time.

At the same time, he fell below next year’s World Cup limit.

- No need to chase it anymore.

The old machine got off to a good start.

I had one hundred percent credit for the final circus.

I don’t know where the [running] boundaries are.

Of course, I am aiming for the finals, Kuivisto said.

The European mile semifinals will run on Wednesday.

On Tuesday, the women's 800-meter final will run, but Kuivisto will watch it on television.

Kuivisto has often been asked if he is called Sara or Sarah?

There has been a lot of feedback on Yle's commentators in Tokyo.

I have always been Sarah at home.

Don't bother the good people if the journalists say the same thing, Kuivisto wished and hugged the Czech Kristiina Mäki, who ran in the same first installment.

- It may be difficult for your men to understand how proud I am of him, Kuivisto said.

At the beginning of the year, Mäki gave birth to a child, Kaapo's son.

She stopped running a month before giving birth and started again a month after.

- At first it felt bad when there were no muscles, Mäki said.

In early summer, he thought the Olympics would come too early.

In July, he ran the mile test five seconds faster than in the 2019 World Championships.

He is a dual citizen of Finland and the Czech Republic, who has often blackmailed Kuivisto in the Kaleva Games as well.

He ran sixth in the same preliminary round with Kuivisto with a record of 4.04.55.

The arbor was his fifth.

Due to the semi-final place, the trip home to Prague and the boy was delayed.

- Kaapo is with his father and on weekends with my parents.

I make a video call home three times a day.

I miss him very much.