Meet the Malian nonuplets, three months after their birth in Morocco

On May 4, a young Malian, Halima Cissé, gave birth by caesarean section to nine babies, all alive, without going through in vitro fertilization. A world first. A risky pregnancy for ... 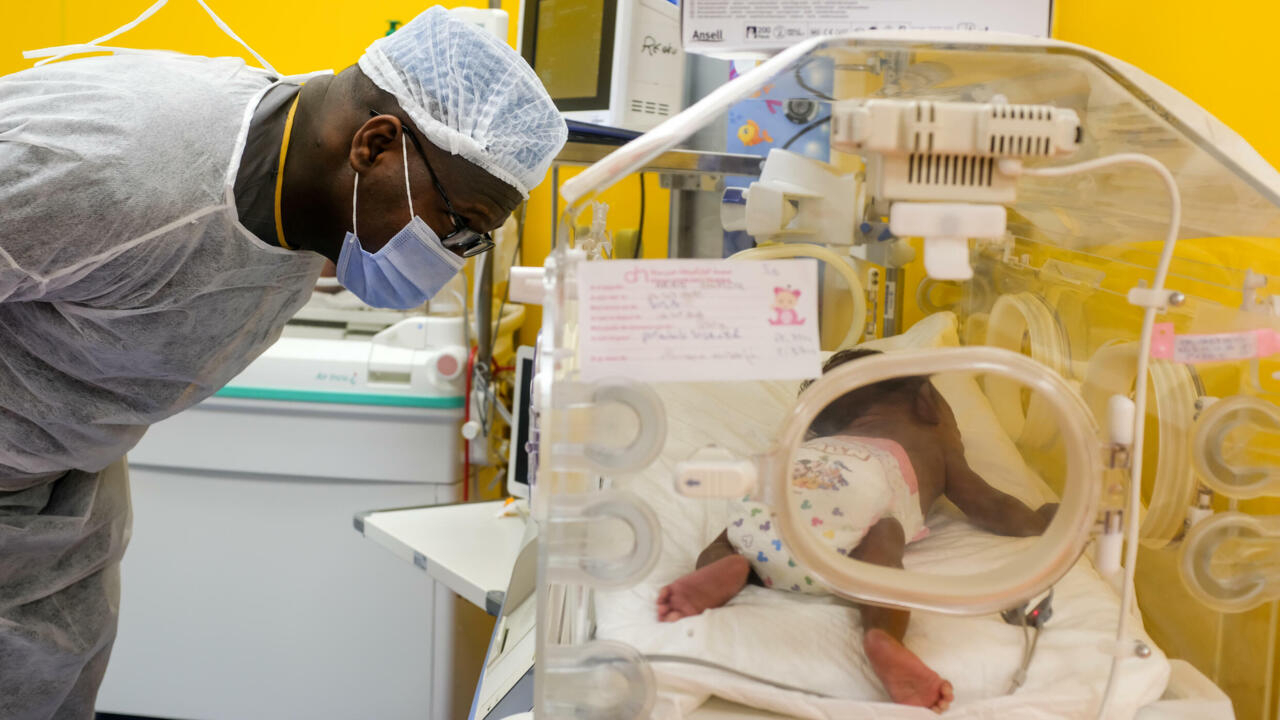 Meet the Malian nonuplets, three months after their birth in Morocco

Abdelkader Arby had to wait for authorizations from Morocco during this period of the Covid pandemic to join his wife and newborns at the Aïn Borja private clinic in Casablanca.

On May 4, a young Malian, Halima Cissé, gave birth by caesarean section to nine babies, all alive, without going through in vitro fertilization.

A risky pregnancy for the life of the mother and babies born prematurely.

RFI went to meet them in Casablanca.

From our special correspondent in Casablanca,

The couple could never have imagined living such a story.

an ordinary, simple and happy life

" with their two and a half year old daughter.

Sober and elegant, they welcome us in the room of the private clinic Aïn Borja in Casablanca where Halima Cissé has been cared for since the end of March.

She was then 25 weeks pregnant, her life and that of her babies were at stake.

Malian nonuplets born in Morocco: from Timbuktu to Casablanca, story of a medical epic

Halima Cissé, 26, student and Abdelkader Arby, 35, adjutant in the Malian army, led a “simple and happy life” in Timbuktu with their two-and-a-half-year-old daughter.

They welcome the arrival of these nonuplets “as a gift from God” but say they realize the weight of the responsibilities that this implies.

"A courageous and confident lady"

Her husband, two phones in hand, between logistics management and regular news to give to the family who remained in Timbuktu,

could not join his wife and nine newborns until July

, two months after the birth because he had had to wait to be authorized to travel through Morocco in the context of the Covid-19 pandemic.

Smiling but reserved in front of the journalists, Halima Cissé assures us "

" and to have recovered from this extraordinary pregnancy and this grueling cesarean delivery.

Once a day, she climbs the four floors that separate her from the neonatal intensive care unit where her babies are.

Her husband has accompanied her on his daily visits since arriving in Casablanca.

Chasuble, charlotte and overshoes slipped on, we enter a very bright room.

On the wall, Walt Disney characters are painted.

And in an incessant noise of monitoring, a team of nurses take turns day and day with the babies.

Halima Cissé approaches one of the incubators.

She greets tenderly without touching her eldest son, baptized Mohammed VI in homage to the king of Morocco. "

When I see them now and that I think of the first day, they were so small

Featherweight at birth, the nonuplets each weighed between 500 g and 1.1 kg.

Three months later, almost all of them are over 2.5 kg, and eight of them have enough strength to suck their bottles on their own and breathe without oxygen.

Since their birth, almost three months ago, the “Malian nonuplets” have come a long way. “

we had everything with them, they survived all of them. complications of extreme prematurity.

Weighing between 500g and 1,100g each at birth, the babies are almost all over 2.5kg, breastfeed their bottles on their own and need no medication.

There remains little Hawa, the last, who does not yet reach 2 kg and who needs oxygen and a probe so as not to exhaust herself while feeding.

Faced with this upheaval, Halima Cissé and Abdelkader Arby, both very

From arriving at 25 weeks pregnant and so far, she has been exemplary,”

A courageous lady, with extraordinary calm and confidence.

Far from his country for so long, it is not easy.

The fact that she remained calm, I think it helped to make it go well for the babies.

Yes, I miss my native country, my eldest daughter, my family and my friends

But only time will tell when we will be able to return according to the evolution of the state of health of the children.

From Timbuktu to Casablanca via Bamako, the couple have always preserved great discretion around their unprecedented adventure.

The Malian Ministry of Birth announced the birth in early May.

And it is only in recent days that the couple has responded to the numerous requests from journalists around the world.

We are aware that this story is beyond us,

I also want to thank all those who have helped us and are still helping us.

Halima Cissé leaves her room in the maternity ward every day to visit her nonuplets in the neonatal intensive care unit.

"An incredible patient, calm and confident" say all the caregivers who have accompanied her.

The costs of care at the private clinic Aïn Borja in Casablanca have been paid by the Malian state since March.

Several bank accounts have been opened in Mali to help the couple.

The Orange foundation has already made a donation.

No release date from the clinic is announced for the moment for nonuplets.

What will life be like with ten children, nine of whom were born at the same time, prematurely and fragile?

It is a huge responsibility, a burden that we measure in terms of attention, care, education,"

Raising a baby is not at all easy, let alone new ...