On Monday, the Turkish Presidency Communication Department published data related to the efforts that began 5 days ago against the backdrop of the outbreak of forest fires in separate areas throughout the country. 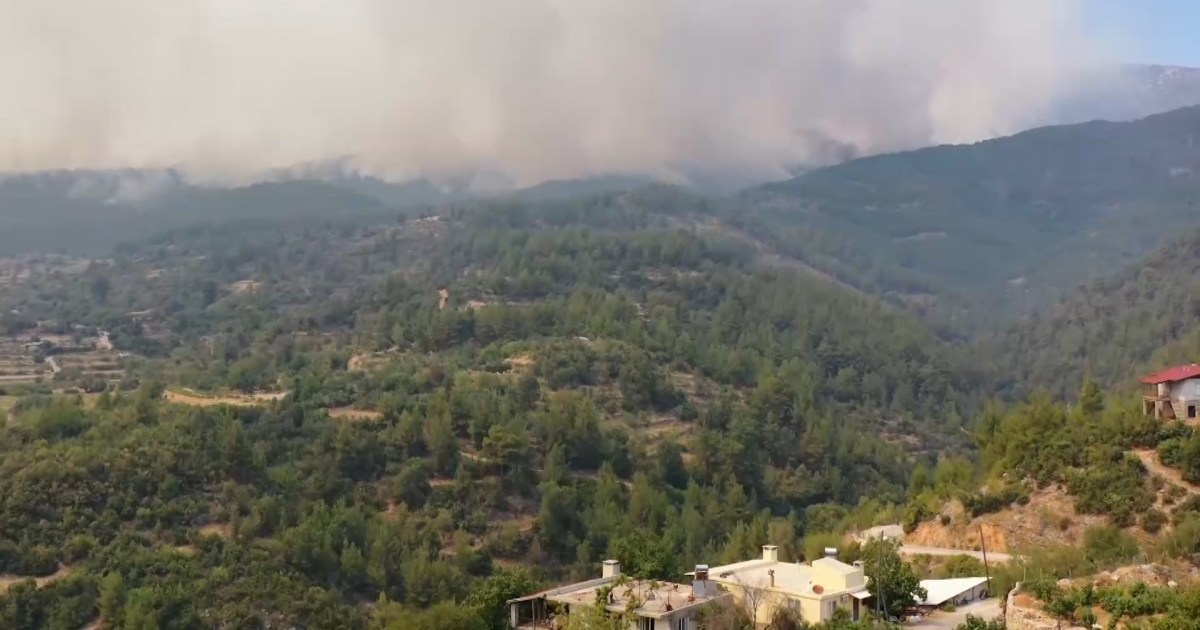 On Monday, the Turkish Presidency Communication Department published data related to the efforts that began 5 days ago against the backdrop of the outbreak of forest fires in separate areas throughout the country.

The Communications Department said in a statement that the Turkish state continues to fight the fires while mobilizing all its capabilities.

She indicated that 129 fires out of 138 that broke out in 35 states were under control during the last five days.

She explained that 16 planes, 9 drones and 52 helicopters, in addition to 129 firefighting vehicles, 57 ambulances, 16 rescue vehicles and 1024 different vehicles, along with 5,200 thousand firefighters and 456 health teams participated in the fire-extinguishing operations.

She pointed out that 35,298 food parcels and 383,620 beverage packages were distributed, in addition to providing meals sufficient for 20,500 people.

She referred to the establishment of shelters for a capacity of 5,064 people, in addition to the allocation of 3 student housing and 19 hostels belonging to the Ministry of Education.

She confirmed the payment of 42 million and 120 thousand Turkish liras (more than 5 million dollars) in emergency aid.

The Turkish Minister of Agriculture and Forestry, Bekir Bak Demirli, had announced earlier that 125 fires out of 132 had been controlled in several Turkish cities.

The minister pointed out that the high temperature and wind speed led to the expansion of the fires and negatively affected the efforts to put out the fires.

The death toll from the fires reached 6 deaths and dozens of injuries, while the relevant authorities were able to extinguish most of them.

And the fires that have swept Turkish coastal resorts overlooking the Mediterranean and the Aegean Sea since last Wednesday, on large areas of virgin forests, and led to the evacuation of tourists from their hotels.

Turkish President Recep Tayyip Erdogan's office blamed saboteurs for the fires, which are considered the worst in Turkey for at least a decade, knowing that government-linked media have linked them to Kurdish militants who are waging a bloody insurgency against the state.

Turkish Interior Minister Suleyman Soylu said his office was investigating all the hypotheses, but would reach more solid conclusions once the fires were put out.

"We must avoid falling into the trap of polarization," he added during a visit to one of the worst-hit coastal cities.

The European Union said it "fully stands in solidarity with Turkey in these very difficult times", in a message aimed at showing goodwill after a year of disagreements between the two parties.

Turkish Foreign Minister Mevlut Cavusoglu thanked Brussels on Monday for sending a plane from Croatia and two planes from Spain.

On the other hand, European Union data show that this year's fire season was more destructive than others, with high temperatures and high winds fueling the flames.

Experts point out that climate change increases the possibility of the recurrence of such incidents, and increases their severity.

Greek Prime Minister Kyriakos Mitsotakis warned that Greece was facing "the worst heat wave since 1987", with temperatures reaching 45 degrees on Monday in some areas.

Since last Thursday, Greece has been witnessing a heat wave that is expected to reach its peak on Monday and Tuesday, according to weather forecasts.

It had witnessed a similar heat wave in July 1987 that mainly affected Athens and claimed the lives of more than a thousand people due to lack of air conditioning and air pollution.

"In July, we had 1,584 fires, compared to 953 in 2019," Greek Deputy Minister of Civil Protection Nikos Hardalias said on Star TV. "We are no longer talking about climate change, but about a climate threat." ".