Believe it or not - witness .. an Iraqi has been visiting his grave for 31 years, even though he is alive

You may not believe, or it seems a very strange and remarkable case, at least when you hear that an Iraqi has been visiting his grave for 31 years while he is alive. This is what happened with Ziyad, who was captured by the Iranian forces in their war with Iraq. 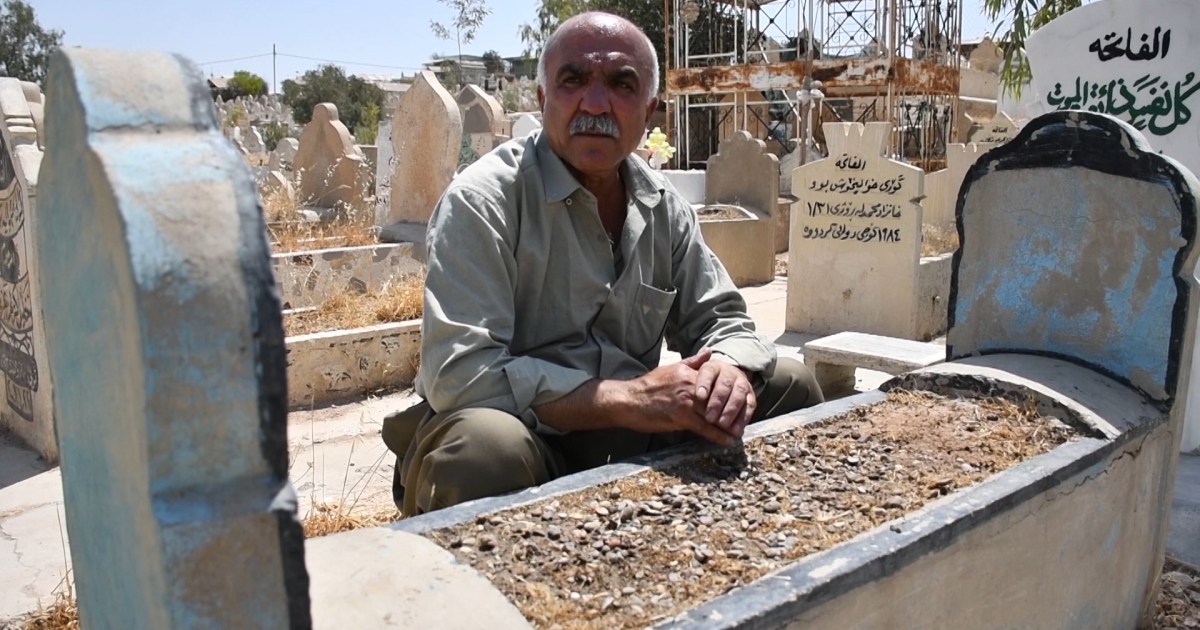 You may not believe, or at least it seems a very strange case when you hear that an Iraqi has been visiting his grave for 31 years while he is alive. He is the former prisoner of the Iran-Iraq war, Ziyad Qader (59 years).

The details of Qader’s exciting story date back to 1982 when he was captured in one of the battles in that 8-year war (1980-1988), only to learn of his killing his family on July 20, 1982, and it was only 5 months after the birth of his firstborn, His family held a funeral ceremony for him after they buried a group of bones in the public cemetery in his city of Kirkuk (north of Baghdad), which was said to be for their son.

But a surprise occurred 8 years later, which revealed that Ziyad Qadir was a prisoner in Iran and was still alive, and that the bones that were buried were not for him, but for another soldier.

The Iraqi prisoner returned to his family in 1990 after spending 8 years in captivity, but he kept visiting his grave, which still bears his name and the date of his death, and recite Surat Al-Fatihah with him.

Sherine Ahmed, 58, the wife of the ex-prisoner, recalls her suffering in those years with the black clothes that she wore, and the state of poverty that she lived with her only son at the time. However, she also recalls moments of joy after learning that her husband is still alive, and how she took off the black. She wore the red color, and how a special ceremony was held for him, which included the Iraqi dabkat and the Iraqi people, in the presence and participation of family, friends and relatives, and she is now the mother of 4 children.