The foreign intelligence service has partially reliable information about the case of Alexei Navalny, said the director of the department, Sergei Naryshkin, on the air of Solovyov Live. 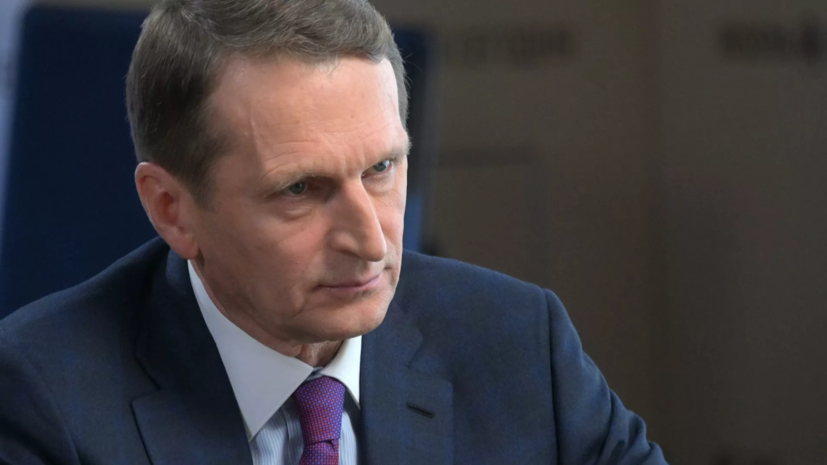 “We know part of the truth.

Not everything, I will not lie and brag.

But we know about the Berlin patient.

We also know part of the truth.

Or some indirect evidence of the truth, ”Naryshkin said.

The SVR director said that a year before the events around Navalny, Moscow received reliable and verified information that a meeting was held in one of the European countries with the participation of special services, NGOs and various government structures.

The event discussed the issue "How to support the protest movement in Russia, which has practically faded," Naryshkin noted.

“The question of the need for sacred sacrifices was discussed in all seriousness.

And it would be better if this sacred sacrifice would have been one of the leaders of the protest movement.

I don’t want to say anything, but some parallels can be drawn, ”said the director of the department.

He also confirmed that when Navalny was transported to Germany, there was no evidence of shipping substances in his analyzes.

At the same time, Naryshkin did not rule out that “if indeed some markers were found,” then the assumption that “some substances were introduced into his biological material” is more realistic outside of Russia.

In February, Russian Foreign Minister Sergei Lavrov said that Moscow has reason to believe that the situation with Navalny was staged.