The Renaissance Dam .. Sudan seeks international guarantees that it will not be damaged and warns of a new flood and an Algerian initiative to solve the crisis

Sudan announced its quest to obtain guarantees that it would not be damaged by the Renaissance Dam, expecting the UN Security Council to take action on it, and also warned of a flood, while the Algerian Foreign Minister is on a regional tour presenting an initiative to resolve the crisis. 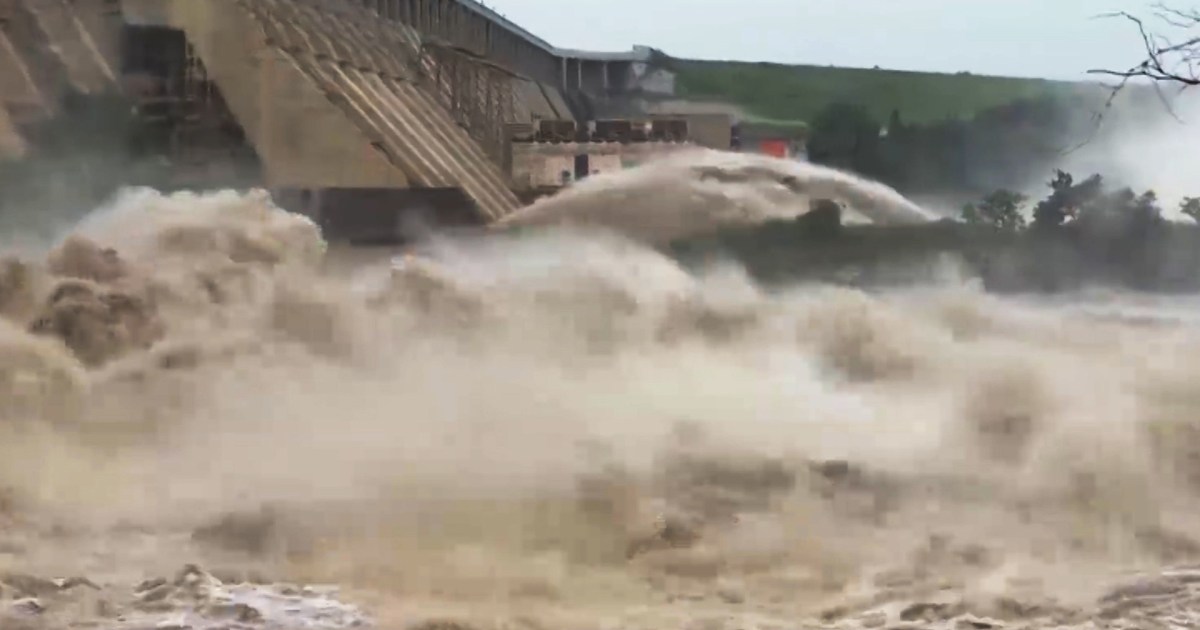 Sudan announced its quest to obtain guarantees that it would not be affected by the Renaissance Dam, expecting the UN Security Council to take action on it, and also warned of a flood of the Nile in the state of Khartoum, while Algerian Foreign Minister Ramtane Lamamra is on a regional tour, presenting an initiative to resolve the crisis.

The official spokesperson for the Renaissance Dam file at the Sudanese Ministry of Foreign Affairs, Omar Al-Farouq, told Al Jazeera that his country expects the UN Security Council to take action soon on the Renaissance Dam crisis, by issuing a decision or a presidential statement.

Al-Farouq added that Sudan is currently working to obtain guarantees that it will not be damaged by the Renaissance Dam.

The Sudanese official stressed the importance of reaching a binding legal agreement that preserves the water rights of the three countries.

It is noteworthy that the UN Security Council held a session to discuss the Renaissance Dam crisis earlier, at the request of Sudan, without resulting in any decision.

On the other hand, the Algerian Foreign Minister held talks in Cairo with his Egyptian counterpart Sameh Shoukry, where he told Amamra that the relationship between the Nile Basin countries is going through a delicate stage, and that the Renaissance Dam crisis has taken on a global dimension.

He assured Lamamra - in a joint press conference with Shoukry - that he listened with interest to the three parties during a regional tour, and that his country would like to be part of the solution if the appropriate conditions exist for that.

The Algerian foreign minister stressed that his country is keen that the strategic relationship between the Arab and African sides not be exposed to risks, considering that the best solution is for Egypt, Ethiopia and Sudan to reach a satisfactory solution that preserves their rights.

The Egyptian presidency issued a statement saying, "We stress the need for all parties to engage in a negotiation process to reach a binding agreement on filling the Renaissance Dam."

"Our position is consistent by adhering to our historical rights to the Nile waters and to preserving Egypt's water security," she added.

In Khartoum, Sudanese Foreign Minister Maryam Al-Sadiq Al-Mahdi expressed her welcome to an Algerian initiative, which she said was based on holding a direct meeting between Sudan, Egypt and Ethiopia to reach a solution.

Following a meeting with her Algerian counterpart, the minister indicated that the initiative is in line with Article 10 of the Declaration of Principles signed between the three countries in Khartoum.

A Sudanese government source told Al Jazeera that his country is optimistic about the Algerian initiative to resolve the disputes of the Renaissance Dam.

On the other hand, the Civil Defense Department in Sudan reported that the Nile River begins today, Sunday, gradually deviating from its normal course, in reference to the beginning of the flood season.

The Civil Defense Department called on citizens to take precautions in dealing with this season's floods.

Activists posted on social media videos of the Nile flood in Khartoum state, despite attempts to prevent water from leaking into one of the areas in the state.

The videos show that the waters of the Nile crossed earthen barriers that had been set up to retain water in the event of the river flooding in the Umm Doum area of ​​East Nile locality of Khartoum State.

The Director of the General Administration of Sudanese Civil Defense revealed yesterday, Saturday, that the level of the Nile River in Sudan has reached the stage of flooding, and that today will witness the gradual beginning of the exit of water from the main course of the Nile and its tributaries, calling on citizens to take precautions and caution.