Strike decision in the world's largest copper mine

With an overwhelming majority - 2,164 votes in favor and 11 votes against - the union in the world's largest copper mine, the Chilean Escondida, has decided to go on strike. Concerns are now being raised about higher world market prices for copper. 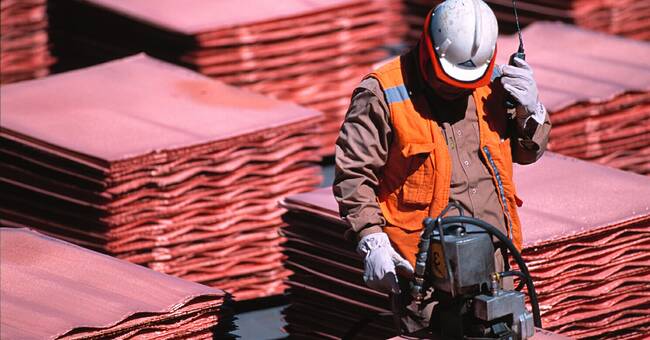 The international mining giant BHP has in a last attempt to avert the strike requested state mediation.

If it does not result in an agreement, the employees are free to close down the work.

"We hope that this clear vote is the alarm clock that BHP needs to start constructive talks, if the company wants to avoid a protracted conflict that could be the most costly in the country's union history," the union wrote in a statement.

The union is requesting a one-time bonus as a reward for the miners 'efforts during the pandemic, as well as grants for training for employees' children.

Can push up prices

The conflict was the longest in the history of the Chilean mining industry and cost the owner the equivalent of SEK 6.3 billion.

Chile is the world's largest copper producer and accounts for 28 percent of global production.

A protracted strike would hit the already scarce supply of copper in the world and further push up the already high prices.