Sportsmanship triumphs on the tenth day of the Olympics.. Witness- Barshim shares gold and hugs after failure and exclusion

The tenth day of the Tokyo Olympics witnessed distinctive scenes that established the principle of winning sportsmanship, whatever the level of competition, in the largest sporting event in the world. 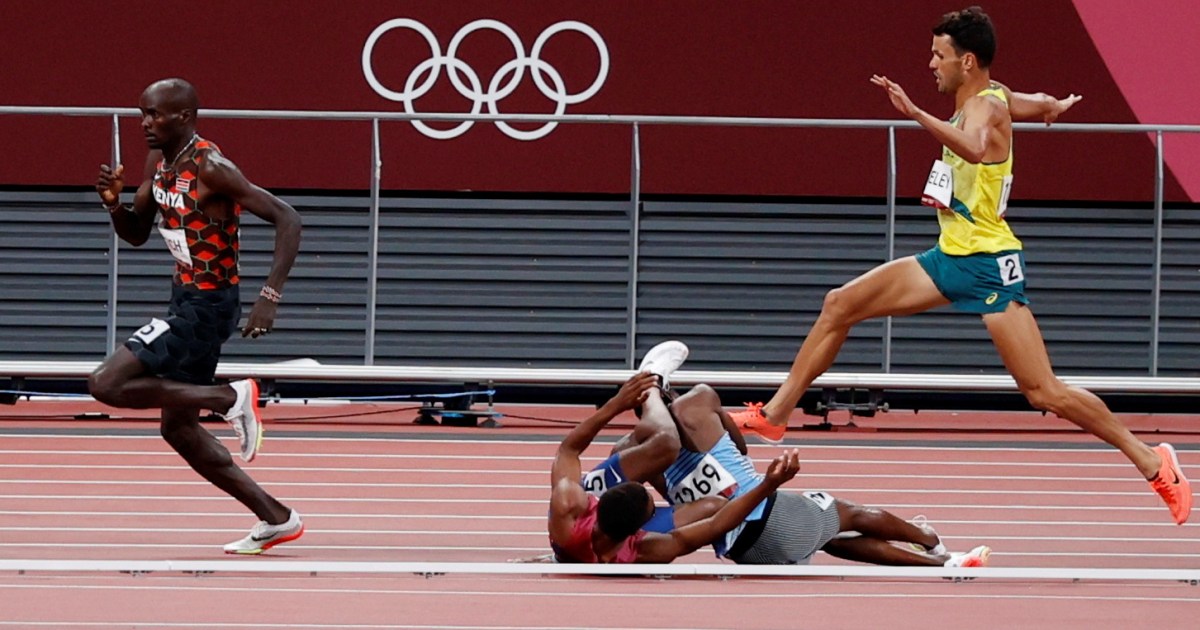 The tenth day of the Tokyo Olympics witnessed distinctive scenes that established the principle of winning sportsmanship, whatever the level of competition, in the largest sporting event in the world.

Qatar's Moataz Barshim caught the eye when he asked the referee to share the gold medal with his Italian direct competitor, Gianmarco Tampere.

Barshim's proposal saves the referee and delights his Italian opponent 🤩

After both champions were unable to break the tie at a height of 2.37 m, Moataz Barshim decided the series of draws with a proposal in which the referee surprised and delighted his Italian counterpart 🇮🇹 #Tokyo 2020 |

After 3 unsuccessful attempts each to cross the height of 2.39 meters, Barshim and Tampere entered into a discussion with one of the judges, who offered to play a play-off, before Barshim asked him, "Can we win two golds?"

The Olympic official nodded to celebrate Barshim and Tampere together.

In the qualifier for the 800m race, a rider obstructed his teammate and their competition ended, and the nice thing is that they greeted each other and reassured each other and nothing happened 👏🏻👏🏻❤️❤️

On the other hand, in the 800-meter competition, the Botswana runner, Nigel Amos, silver medalist of the London 2012 Olympics, fell and was deprived of the opportunity to appear in the final.

Despite that, Amos embraced his American colleague Isaiah Jewett, who was in turn a candidate for a medal in this competition, and the two runners completed the race together, in one of the most prominent scenes of the current session of the Tokyo Olympics.