New York Times delegate: The Tunisian president gave us a lecture on protecting press freedoms and did not allow us to ask any questions

A reporter for the New York Times from Tunisia said that Tunisian President Kais Saied gave them - during a meeting with them - a lecture on the US Constitution, and pledged to protect press freedoms, but he did not allow them to ask them even one question. 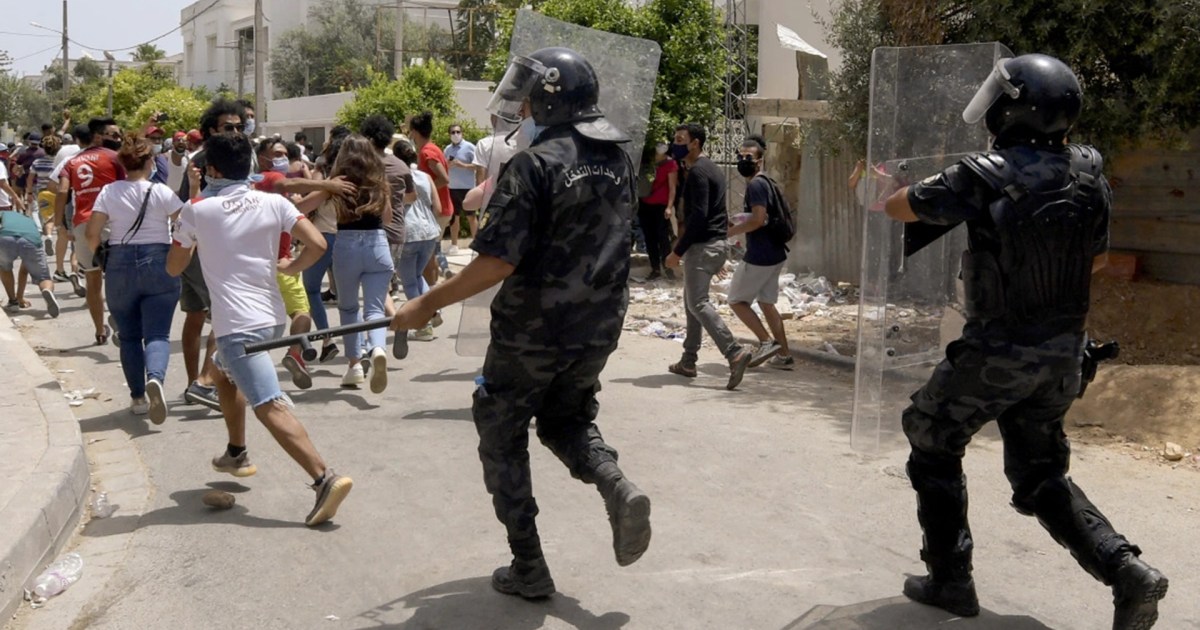 A New York Times reporter from Tunisia said that Tunisian President Kais Saied gave them - during a meeting with them - a lecture on the US Constitution, and pledged to protect press freedoms, but he did not allow them to ask one question.

The reporter, Vivian Yee, who lives

that she and two colleagues from the same newspaper spent several days in the Tunisian capital before they suddenly received a call to meet the president, and I thought it might be their chance to meet President Qais Saeed, but it turned out that their invitation was to listen to a lecture.

Vivian spoke of being subjected to strict protocol in the presidential palace in an official reception room around midday last Friday;

“The room was full of crystal candelabras and chairs with gilded edges,” she said, adding that they had been instructed on where to stand and where to sit in the presence of the president, and when one of her colleagues began translating, he was ordered to stop.

Everything was filmed by a government photography team.

I came to report on the potential collapse of Tunisia's democracy and was briefly detained.

Then I got a lecture on the US Constitution from the president of Tunisia, who vowed to preserve press freedoms but didn't allow me to ask a single question https://t.co/eMplkEAwSi

Not a press interview

"This is not an interview," the president told her as she and her colleagues began asking questions.

She said the president's voice was so loud and his speech so flawless that she could imagine him in his old lecture hall, his formal Arabic levitating on the marble floors as if the room had been built to his acoustic specifications.

At one point, says the reporter, the president picked up a bundle of papers from a small gold-colored marble table to his right;

It was a hard copy of the United States Constitution, "and its dignity somewhat diminished by being held together by a paperclip".

A lecture on the US Constitution

The president began reading from the texts of the US Constitution, and then said that he had studied and taught the document for more than 3 decades;

He respected it, it was a "great" constitution.

He said that just as American leaders such as Abraham Lincoln had to take extreme measures to maintain order, so too should they in Tunisia.

The reporter went on to say that the man who had warned critics that he could become Tunisia's next dictator closed his eyes and said, "Welcome to Tunisia, where freedom of expression is protected without any interference with personal liberties whatsoever."

Adding a phrase uttered by French leader Charles de Gaulle, "Why do you think that at this age I will begin my career as a dictator?"

He vowed that he would not take away the hard-earned freedoms of Tunisia, the only democracy that emerged from the Arab uprisings.

She pointed to the prevention of public gatherings of more than 3 people, the closure of the local office of Al-Jazeera by security forces, the arrest last Friday of a parliamentarian, and the issuance of a presidential decree providing for the possibility of extending emergency measures beyond the 30 days that Saeed had originally announced.

She said that the Tunisian authorities detained them last Wednesday while checking their passports and interrogating one of them, and after two hours they let them go, with a warning not to report what happened to them.

She added that journalists in Tunisia are subject to strict control, are prevented from writing reports, and in some cases are even arrested.

She concluded by saying that last Friday evening, the video of the meeting appeared on Qais Saeed's Facebook page, noting that it did not mention their arrest, nor did it show their attempt to ask questions, saying, "We were just props."