Infections reduced in deregulated England - expert: "They don't really seem to know how to interpret this"

A variety of reasons have been put forward for the decline in infection rates. However, there is no certainty about this yet. 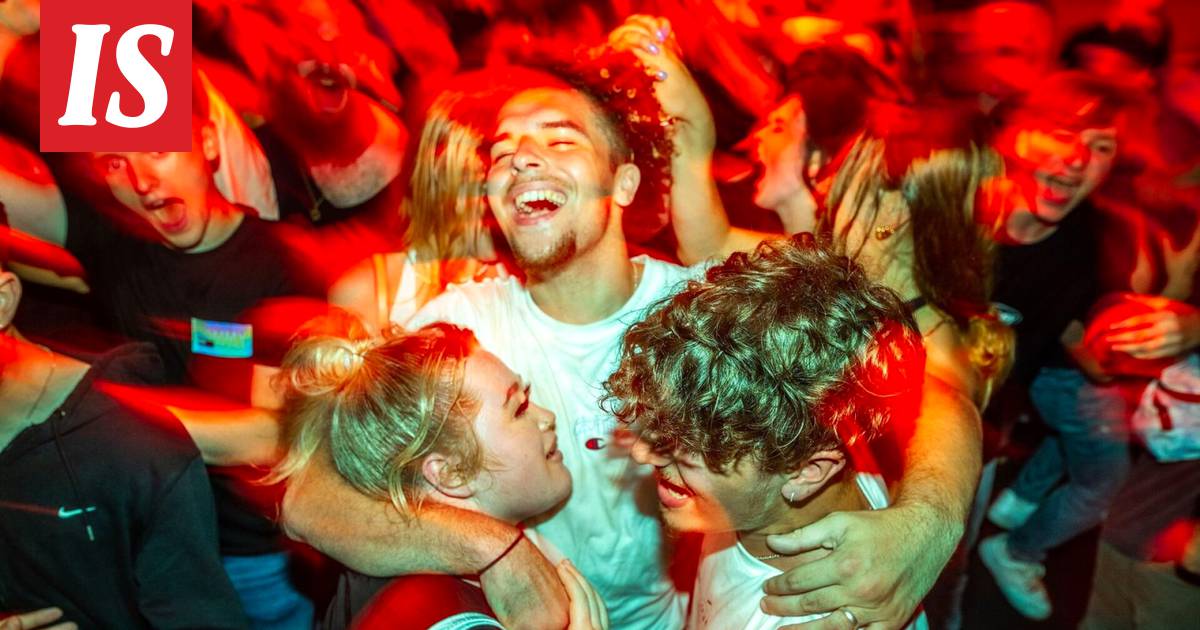 In England, about two weeks ago, corona restrictions were lifted at once.

The so-called Freedom Day received ruthless criticism from experts for fear of leading to even higher levels of infection in an already bad epidemic.

Despite the predictions, however, the infection rates have not started to rise, but have been falling for a week now, says The Guardian.

On Thursday, infection rates were 40 percent lower than a week earlier.

The improvement has been explained by, among other things, the end of the European Football Championship, school summer holidays, reduced testing and the achievement of herd protection.

There is no definite information on the matter, and even the country’s top experts are puzzled, according to The Guardian.

The improvement in the situation has also been viewed with caution in the country's administration, and no one dares to say that the worst is over.

Despite the decline in the number of cases, the incidence rate in Britain is still really high.

An expert, who remained anonymous, told the newspaper that the situation could not be officially discussed on the part of the administration until next Friday.

Olli Vapalahti, Professor of Zoonotic Virology at the University of Helsinki, considers the presented theories, such as overcoming the contagion of the European Football Championship, to be possible.

He is following the development of the situation with interest.

- Of course, this is a good thing, that is the case, but the English themselves do not seem to know exactly how to interpret this.

As the reasons behind the decline in infections are not fully understood, it is difficult to assess the impact of removing the restrictions.

- It is gratifying if the restrictions can be lifted, and nevertheless the number of cases does not increase, says Esa Rintala, Chief Physician for Infectious Diseases of the Hospital District of Southwest Finland.

Although the trend is good, Rintala points out that there is by no means yet clear waters in England about the corona.

- I have to note that the incidence is there 693, which means that it is still shockingly high.

We have a incidence rate of 120, the English figure is still completely meaningless, even though the number of cases is falling.

According to Vapalahti, it is also a question of immunity and the extent to which flock protection has developed in the area, and what its significance is for the reduction in the number of infections.

However, it is still a little early to answer these questions.

Due to the rate of decline, herd shelter is not considered a probable cause.

The extent of immunity varies from region to region, so its effect would be seen at different times in different regions.

The result would be that the number of cases would level off for a few weeks before the final decline.

According to The Guardian, an examination of the data shows that during the European Championships, infections increased significantly among young men and those close to them.

After the final match at Wembley in London, infection growth began to slow.

In addition to this, the simultaneous start of school summer holidays and better weather combined with immunity have contributed to a decrease in the number of cases.

Meaghan Kall, an epidemiologist at the UK Department of Public Health, estimates that based on antibody data, most age groups are already really close to reaching herd protection.

On the other hand, the rapid decline in infection rates is not unique.

- In many countries, at some point, the delta has such a pretty sharp peak.

It is also possible that the reduction in infections is due to reduced testing.

Professor Tim Spector, in whose study people use the coronavirus symptom reporting application, said the infection rate data he received was up to twice that of the administration.

Vapalahti considers it possible that if the restrictive measures had been continued instead of being lifted, there could be fewer infections in England.

The chest is on the same lines.

- Of course, restrictions have their own meaning in that, Rintala says.

Although the results obtained from England are currently somewhat promising, Vapalahti does not consider a similar deregulation strategy to be the number one option for Finland.

- It probably makes sense to calmly abandon these restrictions, monitoring the epidemic situation, vaccination coverage and, to some extent, infections.

Having all the dampers open at once would not be the best solution.

According to Rintala, a similar lifting of restrictive measures could be considered in Finland at the earliest at the stage when vaccination coverage, like in England, is significantly better than at present.

- After all, it is not known exactly what percentage of vaccination coverage should be in order to get a good response.

Probably at least 70 percent should be.