In Tunisia, concerns after the arrest of several deputies critical of President Saïed

While two new deputies hostile to Tunisian President Kais Saied were arrested during the night from Saturday to Sunday in Tunisia, several observers express their concern, Sunday, qua… 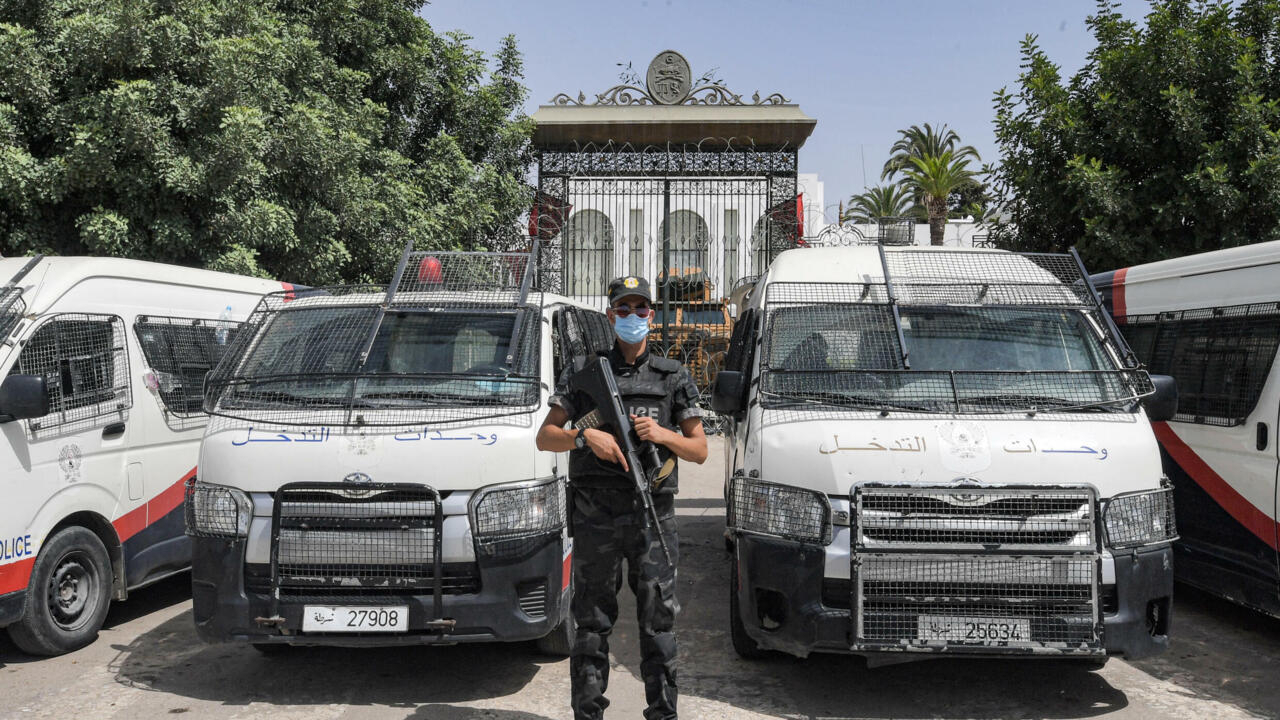 A post of Prime Minister still vacant, arrests of deputies critical of the president ... A week after the takeover of Kais Saied in Tunisia, the fear of an authoritarian drift pushed some observers to express their concern, Sunday 1st August.

While several arrests have caused controversy over the past three days, two deputies of the Islamo-nationalist movement Al-Karama, an ultraconservative party allied with Ennahdha, were arrested overnight from Saturday to Sunday.

Kais Saied granted himself full powers on July 25 and suspended Parliament, saying he wanted to "save" this small Maghreb country, plagued by months of political blockages and a new deadly peak of Covid-19.

By establishing this exceptional regime, denounced by his opponents from the Ennahdha party as a "coup", Kais Saied also lifted the parliamentary immunity of deputies.

Maher Zid and Mohamed Affes are in pre-trial detention as part of a "military justice investigation", explained on Facebook the head of Al-Karama, Seifeddine Makhlouf.

According to this lawyer very hostile to President Saied, the two deputies and himself are being prosecuted in a case related to an altercation that occurred in March at Tunis airport.

They are suspected of having insulted border police officers who had banned a woman from traveling.

Contacted by AFP, the prosecution was unreachable.

No details of military justice have been published.

Al-Karama is one of the parties denouncing a "coup" on the part of President Saied.

Friday, an independent deputy, Yassine Ayari, who also denounced a "military coup", was arrested under a two-month prison sentence, handed down at the end of 2018, for having criticized the army, according to justice Tunisian military.

His incarceration has raised concern among NGOs such as Human Rights Watch and Amnesty International.

"Shift towards political settling of scores"

Faced with these arrests, the Harak party of the former President of the Republic Moncef Marzouki expressed in a press release its "deep concern".

This formation, which is not allied with Ennahdha in the Assembly, condemned a "slide towards political settling of accounts and the repression of freedoms, contrary to the assurances given by the Head of State."

Faced with concerns to see the cradle of the Arab Spring regress towards authoritarianism, President Saied assured Friday that there is "no fear to be" concerning freedoms and rights in Tunisia.

Quoting the former French president Charles de Gaulle, he assured that he was no longer old enough to become a dictator.

According to him, the arrests concern only people already prosecuted by justice.

However, the international community is showing increasing concern.

On Saturday, the United States urged Tunisia to quickly resume "the path of democracy".

Some observers are beginning to doubt the ridge line followed by Kais Saied to get Tunisia out of the rut.

The recent arrests "represent a strategic mistake" and "do not conform to the president's speech," political scientist Slaheddine Jourchi told AFP.

"Everyone expected him to start with the dangerous corruption cases and lead a direct battle against known parties, but these first arrests concerned opponents," he observes.

The publication on social networks of a song praising the president by his chief of staff on Sunday also raised concerns.

Impervious to these criticisms, President Saied, who still enjoys very strong popularity after his election with more than 70% of the vote in 2019, offered himself a walkabout in Tunis on Sunday.