In Hyllstofta, they want more people to get involved in the cultural heritage

Around Sweden there are over 2,000 local associations and one of the smaller ones is in Hyllstofta in Klippan municipality. On Hembygdsgården's day, the tones are positive in Ryggåsstugan. 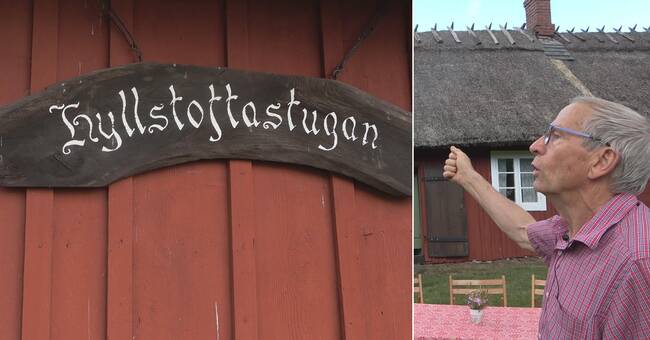 - It is a difficult nut to crack, who will take over after us?

But I think that with age comes wisdom and that there will be some people who can get involved, says Bo Nilsson who is involved in the association Hyllstofta Ryggåsstuga.

It is one of the few houses in the homeland movement that has not been moved or rebuilt in a new location over the years.

It has stood in the same place since at least the 17th century.

- It is a bit unique, says the association's secretary Hjördis Nilsson.

Upswing under the corona

In recent years, the association has conducted a "croft inventory" and reviewed who lived in the various crofts around the area.

With the inventory, the number of members has also increased.

Despite the fact that the average age is on the higher spectrum during the activities on the homestead day on 1 August, Hjördis Nilsson believes that there is a future for the homestead associations.

- Especially now during the corona pandemic, we have had an upswing in investigating the home front so I hope we can see a change, she says.

Follow into the cottage that has stood in the same place since the 17th century in the clip.